The Friday Random Ten+5 ties up some loose ends.

I'll be honest with you, I'm not exactly bursting with ideas for this week's +5 -- I guess the holidays done wore me out. But I'll go ahead and throw five things out there that I'd been meaning to mention here in one fashion or another and just never got around to it. Herewith, Five Things I Figured I'd Go Ahead And Get Off My Chest While It's Still 2007, Not That The Year Really Makes Any Difference One Way Or The Other: 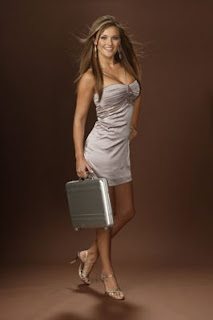 Jenelle Moreno is my new favorite model on "Deal or No Deal." That's case #17 if you're scoring at home. I don't know if she's any relation to Knowshon, but if I ever get on the show I'm totally going to ask her about that. 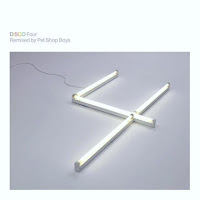 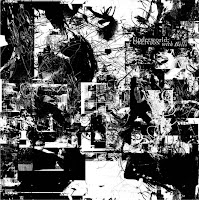 As excited as I was about the Pet Shop Boys' Disco 4 and Underworld's Oblivion With Bells, I was kind of underwhelmed by both of them.
All the tracks on Disco 4 kinda sounded the same (except for the Rammstein remix), which I guess kinda goes with the territory when you buy a CD of a bunch of different songs remixed by the same guys, but still, I'll take their original material any day. The Underworld album had a bunch of similar-sounding songs, too -- it started off strong, but starts to lose your attention 'round about the seventh or eighth track. It's not bad, but it isn't danceable like Beaucoup Fish, nor is it the life-changing experience Second Toughest in the Infants was back when I was a sophomore in college. That said, if/when they release the single of Beautiful Burnout," run out and get it. 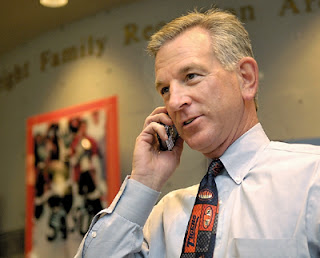 Tommy Tuberville is overrated as a football coach.
Not that the guy's chopped liver or anything -- he's 79-33 at Auburn, so he's won a bunch of games -- but doesn't it seem sometimes like he gets an awful lot of attention for a guy who's only gone to two SEC championship games (and only one won of them) in nine years on the Plains? He gets plenty of credit for playing the really good teams tough, as well he should, but then they almost always fumble away a conference-title shot by losing to some scrub they should've easily handled. The exception, of course, was when they flat-out dominated during their undefeated 2004 season -- but they did so with virtually the same personnel they'd had the previous year, when they had three future NFL first-rounders in the backfield and were picked as the preseason #1 by more than a few people but belly-flopped right out of the gate and had to crawl to an 8-5 record. What was the difference between '03 and '04 (besides a year of experience)? A new offensive coordinator, Al Borges -- whom you may know as the guy Tubbs more or less fired a few weeks ago. And that brings me to what's maybe the crux of my argument: After replacing Borges with Tony Franklin, Tubbs is now on the sixth OC of his Auburn tenure, with all but one of the previous guys (Bobby Petrino) being demoted or replaced at Tuberville's discretion. (He's also spun the revolving door pretty regularly on DCs -- Will Muschamp is his fourth in nine years.) Contrast that with Mark Richt, who's only had to replace two coordinators since 2001 (one left for a head-coaching job at UAB, the other for the NFL). It seems that the constant turnover in the coaching staff might be one factor in the Tigers' inability to be a consistent presence in the conference title game, and it also seems like a head coach with Tubbs's rep for being such a strong CEO type would've figured that out by now . . . but then what do I know? He certainly knows how to whup Bama's ass on the regular, and maybe that's good enough. 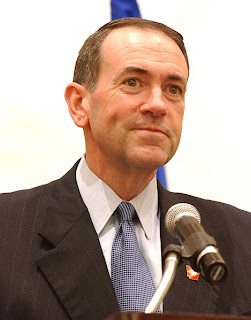 I don't trust Mike Huckabee.
Yeah, I know he's supposed to be this nice, friendly guy, always quick with a joke or two, but . . . man, could he be any more overt about it? I half expect him to show up at the next debate wearing a HI, I'M THE NICE CANDIDATE! T-shirt. And as far as the jokes go, he needs to work on his delivery -- even when he has a good joke to tell, you can practically see him bouncing up and down behind the podium for 10-15 seconds before he gets it out, and you just know he's been dying for his chance to use it. I know nobody's going to be the least bit surprised to hear me saying this about a Republican -- my opinion is well established that Ron Paul is the only GOP candidate who has proven that he has two brain cells to rub together -- but any candidate who's that aggressive in his nice-guy-ness has got to be hiding something. And in Huckabee's case I think it's the fact that, beyond his oh-so-funny jokes and his background as a preacher, there's just not a whole lot there. Yes, we all think you're charming. Yes, we all think it's cool that you're BFF with Chuck Norris. But you gotta come up with something besides that and TAXES BAD IRAQ GOOD ROBBLE ROBBLE! if you want to get elected, chief.

Burger King's Angus burger is nowhere near as good as the Whopper. I dunno, I just found this surprising. I figured Angus beef would taste all special or something, but I prefer the plain ol' Whopper, which has the added bonus of not swimming in steak sauce when you unwrap it.

Hell of a song to end 2007 with, and yet, in a way, it was inevitable. Throw your own Tens and random tangents in the comments section.
Posted by Astronaut Mike Dexter at 6:12 PM

As a pretty much anti-orange person, Tubesteak is hard to get a fixed opinion about. Sometimes, he seems like this good, fundamental coach who is also a good ol' boy, but he coaches for the enemy. Other times, he seems like a dunce who has mainly kept his position by being just a little more cutthroat (and willing to cut corners and OCs and DCs) than Bobby Lowder.

Huckabee is thoroughly dangerous. Everything about him says "W", only without the Texas swagger. He tends to address issues with assuring conclusions, and scrupulously avoids talking about the details involved in getting to the conclusions, which is classic "W" and is easy for lots of decent people to overlook, and which is how we ended up with a Moron for President. However, your pal Obama does the same thing to a lesser degree. I'd be more confident of him if he could explain himself in a little more detail.

You are absolutely right about the Whopper being better than the Angus burger, but that's marketing for you: take a perfectly good product and make it NEW!!! (and frequently, worse), and charge more for it. But they both suck compared to Hardee's Thickburger. I know it is hard to believe, but if you haven't tried one lately you owe it to yourself to give it a shot if you can find Hardee's that is still open.

Yeah, but if you eat a Hardee's Thickburger you risk instant damage to your arteries.

But I love the commercial about the Philly Cheese Steak Thickburger.

Huckabee scares me the most out of the Republican candidates because he seems harmless. Romney just makes me laugh. Guiliani & McCain make me shake my head.

I agree about Ears. His newly-acquired reputation for integrity is laughable considering his history with coordinators and the infamous "stroll through the Grove" hours before leaving Ole Miss. But for some people, he just seems to have an inexplicable appeal. I remember Loran Smith fawning over Ears during an interview in Donnan's last year.

I also agree about Huckabee, although I disagree as to what the contrived friendliness is covering up. I think it is a way for him to mask his ambition. His question to the NYT's reporter as to whether Mormons believe Jesus and Satan are brothers was not a product of ignorance concerning Mormonism (as the reporter was all too gullible to assume), but rather a calculated hit to try and take the Evangelicals away from Romney, who had been positioning himself (with endorsements from the likes of Pat Robertson) as the default choice of Evangelical voters. Huckabee's hit worked, and Romney has been dropping in the polls as Evangelicals foolishly embrace Huckabee. It has been the most effective bit of dirty campaigning by either Republicans or Democrats in this election. And not very Christian of Mr. Huckabee. But as one of my favorite sayings goes, "Politics ain't beanbag."

Which brings me to Edwards. "Rival", you are aware that Edwards tried to use the death of his son to help get the VP nomination. He was being interviewed by Kerry, and he said he had something to share that he had never told anyone before. Edwards told Kerry that after Edwards' son had been killed in an auto accident, he had climbed up onto the slab at the funeral home, hugged his son's body, and swore to him that he would do everything he could to make life better for people. Kerry was stunned, not moved, because Edwards had told him the exact same story a year before with the same "I've never told anyone this preface." Lest you believe I got this from Rush Limbaugh, here is the link to the TIME MAGAZINE story about it: http://www.time.com/time/nation/article/0,8599,1626498-2,00.html. Talk about a candidate that makes one shake his head!

No offense, but TIME's political coverage doesn't exactly fill me with confidence.

Part of me is suspicious that Edwards' populist, run-on-the-economy tact is bs that'd be abandoned once elected...but I can't figure out why. If he was saying it and not meaning it, his staff did a poor job assessing the media-created "hot button" issues this primary season.

Huckabee personally scares me because he believes the world is 6,000 years old, and doesn't believe in evolution. That, and his son comes from the Mike Vick School of canine-human relations and daddy pulled strings to keep charges from being filed.

Rudy scares me the most though...he's fascist through and through.

That pic of Tuberville gives me the warm fuzzies:

I read a really interesting article a while back about Huckabee by a journalist from Arkansas who had covered him for many years and kind of reveals what he is hiding, to use your words. A really interesting read for anyone who is even remotely following the 2008 POTUS race:

I had a really good random 10 on Friday, but iTunes is on fire and kicking ass today, so here's an extended rockin' New Year's Eve edition:

1. "Ice Cream" by Sarah McLachlan, from 'Fumbling Towards Ecstacy'

4. "Superstition" by Stevie Wonder, from 'At The Close Of A Century (Disc 2)'