You know, I've had some embarrassing shit pop up in my Random Tens before, but trust me, kids, it could be worse. Last night we were trying to counteract the blazing heat by sitting out in front of my apartment building and tossing back as many cold beers as we could, and some asshole had his iPod plugged into a boom box, and the iPod selects -- I shit you not -- "Stars Are Blind," the debut single of Paris Hilton. Yes, somebody wanted that song bad enough that they gave Paris Hilton even more money to get it. And now it's been stuck in my head all fricking morning. That track is like the audio equivalent of an STD.

Based on that, I could've made this week's +5 the Five Worst Pop Songs Ever Recorded or the Five Things That Should Be Done To Paris Hilton After She Is Chloroformed, Blindfolded And Shipped Off To A CIA Secret Prison In Bulgaria, but in either case I don't know how I'd ever narrow it down to just five. Instead, I'm going with another idea that's been kicking around in my head for a while -- the Five Things You Can Put In A Movie Trailer That Will Make Me Absolutely Refuse To See That Movie. We begin: 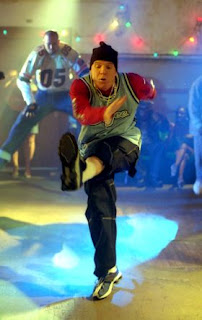 White people acting black
There are exceptions to this, obviously, but nine times out of ten when you see a white person dressed up in "urban"-identified clothes and dropping hip-hop lingo in a movie, it's not to make some trenchant comment about the prevalence of stereotypes or the jaundiced eye with which the races unfortunately continue to view one another; it's basically just the cinematic equivalent of "white people are like this/black people are like this" comedy. Why would I pay money to waste time watching that at a theatre when I can watch "Mind of Mencia" at home for free? (Now that I think about it, why would I watch "Mind of Mencia" in the first place?) 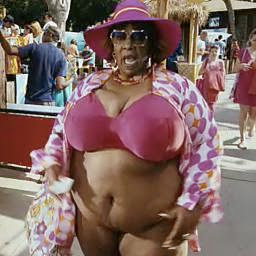 Anyone in a fat suit
"Big Momma's House." "The Santa Clause." "Nutty Professor II: The Klumps." "Big Momma's House 2." "Norbit." What do all these movies have in common? I'd rather eat a bowl of X-acto blades and chase it with a Drāno martini than watch any of them. Although I'd be lying if I said I wouldn't check out Tracy Morgan in "Honky Grandma Be Trippin'," if only for the "30 Rock" connection. 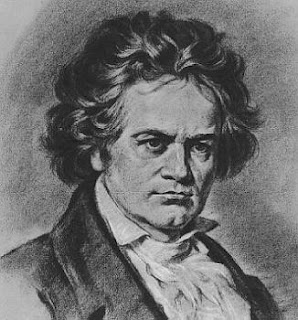 Beethoven's 9th Symphony
At some point around 1993 or so, "Ode to Joy" ceased to be appreciated for its triumphant, uplifting composition and somehow became usable only in an ironic sense, most often as a counterpoint to some kind of zanily non-triumphant and non-uplifting slapstick action going on in a comedic film. That might have been funny the first two or three times someone tried it, but at this point, if the zany hilarity of your movie can't stand on its own without being propped up by some ironically placed bit of classical music, you should probably put movies aside for a while and try writing sitcoms for the CW network. That's probably more your speed. 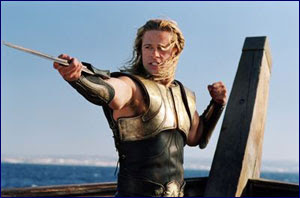 Furious, impassioned speeches from ancient military leaders to their troops
Maybe I just have my bullshit director turned up especially high at overt displays of machismo; maybe four years of thimbledicking around in Iraq have burned me out on war in general. But when I hear "Tonight we dine in hell," "Destiny, take it, it's yours," or "What we do today will last for eternity," I roll my eyes and start looking for the showtimes for something more realistic and relevant, like "Balls of Fury." Now, this doesn't apply to any movie whose pivotal military conflict takes place after about, oh, 1900 or so. George C. Scott channeling Patton in front of a gigantic-ass American flag? I'll watch that shit all day. "Spartans, prepare for glory"? Snore. 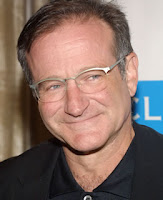 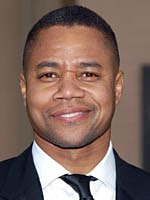 Robin Williams or Cuba Gooding Jr.
I know this technically makes the list a +6, but I couldn't decide which one was worse. Man, I remember 1996 -- Williams had just done a hilarious turn in "The Birdcage," while Gooding had taken the country by storm with a breakout performance in "Jerry Maguire" that would later win him an Oscar . . . and it was all downhill from there. Witness the nearly uninterrupted daisy chain of suckitude that they've assembled since then: "Chill Factor." "Patch Adams." "Jakob the Liar." "Snow Dogs." "Boat Trip." "RV." Williams had that brief interlude of sanity in 2002 when he managed to play against type in "One Hour Photo" and "Insomnia," but shut the door on that in a hurry and is now back to infarcting the multiplexes with feces like "License to Wed"; Gooding is yet further besmirching his formerly good name with "Daddy Day Camp," which opens today. Sorry, Cuba, but if you were hoping that stepping into a role once held by Eddie Murphy would be a good career move, you waited about 15 years too long. I'm just wondering how Gooding lost out to Martin Lawrence for the Token Black Guy role in "Wild Hogs"; you just know he auditioned for that shit.

And now it's time for your own Ten and/or movie buzzkills in the comments.
Posted by Astronaut Mike Dexter at 8:31 PM

Remember, What Dreams May Come starred Robin Williams AND Cuba Gooding, Jr. It was the perfect storm of suck.

(And "Stars are Blind" is damn catchy.)

I'm with you, Doug, except on the whole battle speach thing. You're telling me you didn't get goosebumps when Aragon gave his whole "but today is not that day!" ramble in "Return of the King." In that case, you have very little masculinity. (Albeit, that was not actually HISTORICAL.... but... you know what I mean.)

A battle speech scene should only be given my Mel Gibson.

A battle speech scene should only be given by Mel Gibson circa 1995.

"We must fight against the advance of secularist Catholicism! We will lay down our lives to keep the Zionist conspiracy from drinking our children's blood in the night! Hey, Sugartits, how about freshening daddy's mojito? There's a girl. To the last breath, to the final drop of blood, we will fight, and we will prevail!"

See, I can hear him saying that, and I'm so with him. That guy's good.

We are not interested in drinking the blood of your children. It's not kosher. Imagine someone gave you a shirley temple - how interested would you be in that? Exactly.

The magical chime sound effect played at any point in a preview will ensure that I won't see the movie.