A Bulldog Tempts the Wrath of a Vengeful God, Part II: South Carolina. 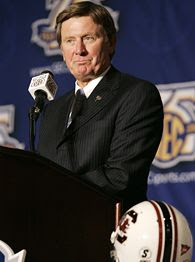 Yeah, Gamecocks, getting better, gonna win the SEC, blah blah. Now let me tell you about the time I kicked the winning field goal against Auburn.

Hometown: Columbia, South Carolina.
Last season: Went 7-5 in the regular season, only 3-5 in the SEC (fifth place in the division), but four of those losses were by a TD or less; outlasted Houston 44-36 in the Liberty Bowl.
Hate index, 1 being the Victoria’s Secret Angels, 10 being someone who would hypothetically rape my great-grandmother: Eight and a half. We own their asses to the tune of a 44-13-2 all-time record, so it’s not like they’re some kind of bitter historical rival, but their constant “We’re gonna whip your asses this year” shit-talking backed up by no discernible evidence gets them 4.5 points; Steve Spurrier earns the other four all by his lonesome.
Associated hottie: Newspaper Hack informed me a while back that Kristin Davis grew up in Columbia and her dad is actually a professor of human sexuality or something at USC, but Kristin did the smart thing and left town – she’s a Scarlet Knight, not a Gamecock, as Kyle King never tires of reminding us. Instead, your South Carolina representative is Lacie Lybrand, Miss South Carolina USA 2006 and, unlike Lisa Simpson, a loyal and enthusiastic Gamecock. 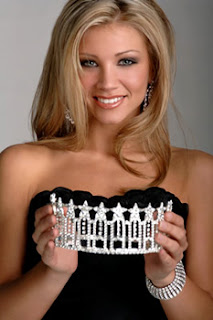 What excites me: My most vivid memories of the Gamecocks from 2006 mostly involve their O-linemen flailing away like Tippi Hedren in “The Birds” as they were politely, discreetly helped out of the way by opposing defenders. If you’re a ‘Cock fan still suffering PTSD flashbacks of those same images, I’ve got some bad news for you -- the line got owned so hard all throughout spring practice and, particularly, the spring game that even Steve Spurrier was publicly shit-talking them to the press. Blake Mitchell has a pretty good arm, but his decision-making has been known to descend to Donald Rumsfeld levels of awful when he gets pressured, and that could certainly be the case this year, at least until either the line gets sorted out or Spurrier finds a way to game-plan around it. Mitchell won’t be helped out by the departure of all-everything WR Sidney Rice to the NFL, leaving slot receiver Kenny McKinley as the only sure-fire receiving threat until somebody else steps in.

What scares me: Aside from the secondary, which should be improved over last year, what scares me is a potent one-two punch at the RB position with Cory “Back Like Cooked Crack” Boyd and Mike Davis -- and, of course, Spurrier. When presented with a shitty O-line last season, the Evil Genius eventually found ways around it, and I have no reason to think he won’t eventually be able to do that this year. What little I know about the Gamecocks’ O-line progression seems to indicate that they’re a little better at protecting the run than the pass, not that Boyd needs that much help to begin with; if Spurrier decides to lean on the run a little more in the early going, he could have some success with that.

Player who needs to have a big game: RB Kregg Lumpkin. The last time Spurrier came to Athens, the Bulldogs were supposed to beat them lopsided but ended up having to escape with a two-point win; D.J. Shockley’s passing was inconsistent at best for most of that game, so the one providing most of the offense was Thomas Brown. Lumpkin will likely be tapped as the workhorse in the Georgia backfield this year, and with SC's secondary the strength of their defense, he'll need a fast start here. The SC linebacking corps will be a beast in ’07, but the front four could go either way; on the one hand Spurrier recruited a lot of talent at those positions this past winter, but obviously they’re still pretty green, and they’re going to be charged with immediately improving a line that gave up a lot of rushing yards last season. Lumpkin could make some headway there if the coaches give him enough touches to get into a rhythm.

What I think will happen: We Bulldogs need to be thankful that traditional SEC scheduling hands us South Carolina so early in the year; if this season is anything like ’06, the Gamecocks’ lines will be a mess early but the team as a whole will manage some noticeable improvement as the season progresses, so we need to take advantage. Regardless, a defensive struggle seems pretty likely, as these two teams have averaged fewer than 28 points total in their six matchups during Mark Richt’s tenure. But if Georgia can build an early lead, however small, on the Gamecocks, then they can pound the ball with Lumpkin and Moreno in the second half and potentially force Blake Mitchell to do something stupid. Georgia wins by a TD.

If you’re trash-talking: Hate to sound like a broken record, but Georgia has beaten South Carolina by a nearly three-to-one margin over the course of this series, so eat it, chickens. “But Steve Spurrier is going to turn all that around,” you say. You might think that, and yet . . . Spurrier, who built his considerable reputation on pass-happy offensive juggernautism, has been shut out only four times at any level of coaching during his career: Once by Tennessee as the QBs coach for Georgia Tech, once by Rutgers as the head coach at Duke; once by Dallas as the head coach of the Washington Redskins; and once by Georgia, 18-0, last year. In his own stadium.

And then there’s the fact that their mascot looks like the hood decal from a late-‘70s Trans Am. 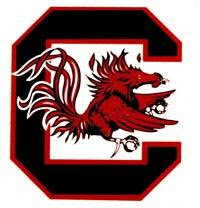 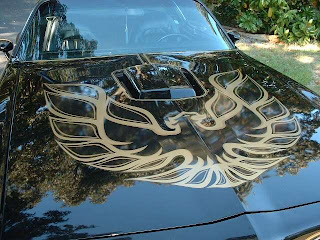 Up next: Western Carolina. Should be a barn-burner!
Posted by Astronaut Mike Dexter at 7:51 AM

This was my experience at last year's game:

Me, my best friend from school, his roommate (the only one currently in school at Carolina) and my girlfriend (an Alabama student) are all trying to get into the game. We manage to snag student tickets for me and my friend (we both still have our IDs), but notsomuch for the gf.

So, she's waiting for me at some tent where we saw Alabama barely beat Vandy, and I go in. It's early, and at the bottom of the student section, there's some jackass in a Georgia hat running smack. By himself. I believe the hat had lights and shit on it, too. Anyway, fairly soon his hat gets thrown around and me, tired of the antics and the poor game, find the gf at the big screen outide the stadium and get loaded while only barely watching the debacle.

The Georgia kid eventually got beaten up, I think.

Point being, even after the tickets and everything else, I was done with the whole thing halfway through the first quarter.

Georgia pretty much pwns USC, so unless something changes, it'll be just another reason for Carolina fans to tailgate their asses off.

Maybe it's smack, maybe it's not, but I can't bring myself to refert to the 'cocks as USC.
USC=Trojans
Now I know it's only natrual to get Trojans and COcks mixed up a little, but when in doubt, just remember that www.usc.edu takes you to a school with a proud football tradition (one murdering POS ex-runningback/Hertz schill excluded) and not a team that recently gave up a 60 spot to Auburn+a lake.

Is it some sort of rule somewhere that any story involving carolina and UGA include a Georgia fan starting trouble with large numbers of people only to get beat up by the much more level headed gamecock boys?

"Ok, since we can't seem to beat UGA on the field, every story involving Georgia shall include one of their fans starting shit with the entire carolina student body and then getting their ass kicked"