Sorry, but the Friday Random Ten+5 is already spoken for.

By now I'm sure all of you have heard the news -- Jenna Bush is engaged. Even though she and I have a bit of a history, I'm still happy for her. You see, my sexual magnetism is all but inescapable, and I've dated any number of fantastically beautiful women -- I've gone skinny-dipping in Central Park with Ivanka Trump, joined the Mile High Club with Eva Mendes on a Northwest flight from Detroit to Seattle, and woken up at the bottom of a pile of San Diego Chargers cheerleaders in the Salone Suite at the Bellagio -- but I have one hard and fast rule: I never get involved with women who are married or engaged. If all she's got is a boyfriend, then it's game on as far as I'm concerned, but if they've taken the next step in that relationship, then it is simply not my place to interfere.

Some women go so far as to get married specifically in an attempt to escape from the inexorable pull of my manly charisma -- I have it on good authority that Elisha Cuthbert got engaged three years ago because it was the only way she could force herself to keep her hands off me, though tellingly, that barely lasted a year. I'm not saying that's what Jenna Bush did, but stranger things have happened. Anyway, in Jenna's honor, this week's +5 is Five Ridiculously Hot Chicks Who, Unfortunately, Are Off The Market. Well played, you clever minxes -- you've managed to put yourselves beyond the reach of my overpowering masculinity. But in the words of Zapp Brannigan from "Futurama," as a gentleman, I must warn you, if your significant others so much as glance at another woman, I'll be on you like a fly on a pile of very seductive manure. 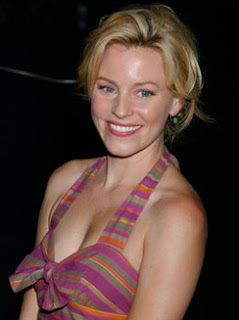 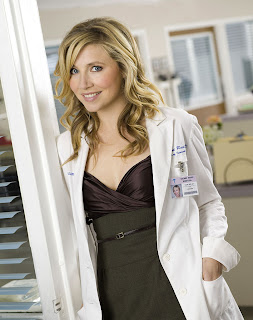 Sarah Chalke
Also a "Scrubs" regular, and is apparently as fluent in German in real life as she is on the show. Which is way hotter than it should be, for some reason. (I mean, what guy doesn't fantasize on the regular about a woman barking orders at him in German? Maybe while administering a mild spanking? Just me? OK, we'll move on.) Anyway, according to Wikipedia she's engaged to somebody named Jamie Afifi, who might be the one person in North America with a name that's more embarrassing to say aloud than Doug Gillett. 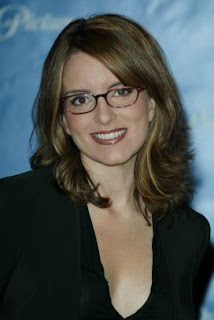 Tina Fey
Authentically funny and authentically hot, and I'm certainly not the only one who thinks so -- she was #80 on Maxim's Hot 100 list in 2002, a more innocent time before Maxim lost its mind and started lusting after coke whores. Yet she even had the wherewithal to make fun of it at the time ("once again, placed between Bonnie Hunt and Joy Behar"). Sadly, married since 2001. 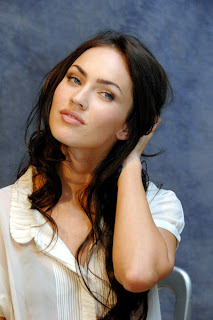 Megan Fox
In "Transformers," the aptly surnamed actress managed to distract viewers' attention away from gigantic photorealistic 40-foot-tall transforming robots -- no easy thing to do, as anyone who's seen the movie knows -- yet being engaged to former "Beverly Hills 90210" star and wannabe rapper Brian Austin Green is enough to make one seriously question her judgment. I guess it could be worse; it could be Michael Bolton. (Who, while we're on the subject, is currently engaged to Nicollette Sheridan. And he's already bagged Ashley Judd. Seriously, the guy must have a gold-plated dilsnick that grants wishes -- that's the only explanation I can come up with. But I digress.) 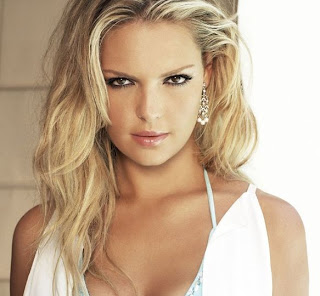 Katherine Heigl
Starred in "Knocked Up," the best movie of 2007 so far, and somehow made pregnancy kind of hot in the process; is pretty much the only reason I've ever voluntarily watched "Grey's Anatomy." Getting married in December.

Now it's time for your own Random Tens and/or celebrity missed opportunities, be they male or female, in the comments.
Posted by Astronaut Mike Dexter at 7:41 PM

Megan Fox is from Rockwood TN and is probably a Vols fan as a result... so it would have never worked out between yall.

Tina Fey has been married 6 years and most marriages fail within 7. So any day now is what I'm thinkin'

knocked up is definitely the best movie of 2007 so far...but lookout for superbad.

6. "Collie Man" by Slightly Stoopid, from 'Everything You Need'

I was going to recruit Sarah Chalke for next year's cheesecake, but alas, I too found her engagement on wikipedia. Also, Megan Fox was a possibility, but not anymore.

Wonkette is reporting that Jenna is pregnant and being rushed into marriage. Not saying your are the father, but if you are you really should do right by her and not make her marry Rove's aid.

I'd like to add Monica Bellucci, who's married to the French guy from Ocean's 12.

Two thumbs way up on the Elizabeth Banks nomination, though you whiffed on her career-turning portrayal of the second wife in Seabiscuit. She even made the frumpy 1920's attire go "ka-POW." I've been singing her praises since then.

I would respectfully but wholeheartedly disagree with Misses Fey and Chalke, and enthusiastically support Misses Jennifer Connolly (studied at Yale and Stanford, married to Beautiful Mind co-star Paul Bettany,) and Amanda Peete (another Penn grad, I believe.) Amanda Peete is another whose praises I've been singing awhile, and yet she stays below the radar. Good thing I'm not her publicist, I guess.

Today is Hayden Panettiere's 18th birthday. So now you can feel a lot less creepy.

Rarely have I been in more agreement with your selections Doug ... and we're both Democrat Georgia fans, so that's saying a lot.