I was in Orlando a couple months ago, and it's weird how much the Phoenix/Tempe/Mesa gigalopolis reminds me of O-Town. There are mountains off in the distance here, and it's a lot drier and there's cacti instead of palm trees, but other than that they look a lot alike: It's flat, it's incredibly spread-out, everything's on a rigid grid system, and the cities are composed of housing developments in which all the houses look identical. They even have these big backlit street signs that remind me of the road signs in the Disney complex. Oh, and there's lots of old people here too, but that goes without saying, I guess.

Now that I'm in Arizona, this makes 36 of the 50 U.S. states that I've been to (plus the District of Columbia, whose U.S./Not U.S. status is an ongoing controversy). But that obviously leaves substantial parts of the country I haven't been to, and that's why this week's +5 is Five States I Haven't Been To Yet But Probably Need To Go To Pretty Soon. 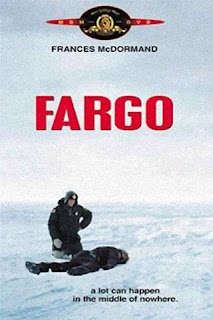 North Dakota
I've been to South Dakota before, and it was pretty awesome, I have to say -- Wall Drug, the Badlands, Mount Rushmore, all that stuff. But I've never been to its neighbor to the north, or as the people in South Dakota like to call it, "the lesser of the two Dakotas." Yup, it's true, North Dakota, that's what they're saying about you. You gonna take that shit? Anyway, this might sound like an odd choice for a place to go, given that it's flat and cold and the largest city is about half the size of my hometown of Columbus, but there's something kind of foreboding and fascinating about just how big and flat and vacant it is (there are only 9.3 people per square mile there) -- I have what I guess is the opposite of claustrophobia, I get nervous and weirded-out in spaces that are too wide-open, so maybe I just want to go up there to scare myself for a few days. Plus Chuck Klosterman is from there, so it can't be all bad. 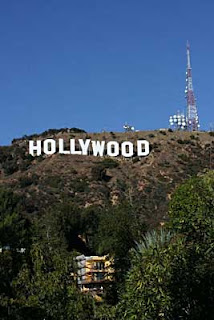 California
Yeah, I guess I'm probably gonna have to go here eventually. I've avoided setting foot in California for all 30 years of my life now, but a couple of friends of mine and I were planning on making USC-Notre Dame our big crazy random non-Georgia-involved game of the year, which would mean finally biting the bullet and going to Los Angeles. I realize it is not completely representative of the rest of the state, but I've kind of always had this thing against L.A. -- big, smoggy, glitzy, fake-boob-y, race-riot-y, et cetera et cetera. I suppose I wouldn't mind going to San Francisco, though. I realize it's a dangerous place for a naive Southern boy like me, what with their lattes and their fancy imported cars and their gay marriage and all those other things that constitute their evil Satanic "San Francisco values," but I think I can handle it. 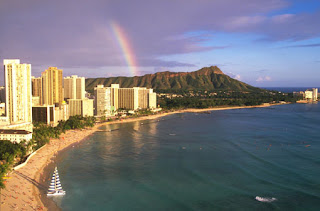 Hawaii
One of my friends who's part of our big crazy random non-Georgia-involved game of the year group is Mark, who transferred to the Associated Press bureau in Honolulu a couple years back, and there's been some talk that, since we're gonna be in Los Angeles anyway later on this year, we might as well throw caution to the wind and go to Hawaii while we're at it. Which would be nice, and Lord knows there are only going to be so many chances for me to go out to Hawaii and have a free place to stay, but the problem is that with gas prices being what they are it currently costs about as much as a second mortgage to buy a plane ticket out there. That's the problem with Hawaii: When you're a kid, all the U.S. maps in elementary school have Hawaii right down there in the corner so that you're like, "Oh, Hawaii is this nice little island chain right off the coast of California, it should be easy to go there." And only later do you find out about insets and Mercator projections and blah blah blah and it turns out Hawaii is actually the remotest freaking island chain on the earth and you'll never ever be able to go there, ever. But hey, maybe I'll write a novel or sell a kidney in the next couple months and make it anyway, who knows. 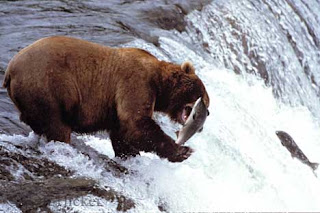 Alaska
My aunt and uncle went there on a cruise one time; I've never been myself. But my uncle did play golf at the northernmost golf course in North America, where you have to step over moose droppings as you're navigating the course, and they brought me back a T-shirt (that I'm wearing right now, actually!) from the Denny's in Fairbanks, Alaska, which is the northernmost Denny's in the world. In. The. World. So now that I've gotten a tiny taste of the magic with this T-shirt, I figure I need to go the whole nine yards and experience a Grand Slam breakfast consumed on the very edge of the Arctic Circle. Oh, and Denali National Park or whatever it's called, I hear that's pretty cool, too. 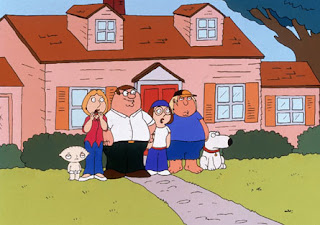 Rhode Island
'Cause it's little and I want to walk across it. I'm sure people do that all the time.

And now the Random Ten for you snooty East Coast elitist types:

Your turn: Put your Random Tens and/or states you've never been to -- although there probably won't be many of them, as I'm sure y'all are far better traveled and less sheltered than I -- in the comments.
Posted by Astronaut Mike Dexter at 9:48 AM

I was fortunate enough to be sent to Hawaii last month on business. Incidentally, that photo was taken on the island Oahu, and is pretty much the view I had from my hotel room.

If you ever get to go out there, be aware that your experience will be different based on which island you visit. Oahu is by far the most urban, with more than its fair share of resorts, shipping yards, homeless people, and shopping malls. The locals say that Maui, Molokai and Kawai are much more pleasant, and of course if seeing live volcanos is your thing, you'll have to go to The Big Island, Hawaii. Bring lots of sunscreen, the sun is really intense.

One last thing, whichever island you visit, you will regret it if you don't take a helicopter tour. Totally worth every penny, I assure you.

Didn't have time to stop at Wall Drug on my trip last year, but saw plenty of signs.

The only five left on my list, and what I'd do in each one:
North Dakota - Catch a Fighting Sioux hockey game
Alaska - Walk on a glacier or something
Vermont - Ski?
New Hampshire - I have no rightly idea. Cry? That seems to be what people do in New Hampshire.
Hawaii - Surf? Just to exist for a few minutes would be plenty, right?

I went to Minot, ND on business several years ago. There is a saying: "Why not Minot?" "Freezin's the reason."

It is damn cold there - nothing between you and the north pole to break the arctic wind but a few reindeer.

I was stationed in Hawaii when I was in the Army. Tough job, but somebody's gotta do it.

I have not been to Alaska, Maine, New Hampshire or Vermont.

As for territories, I have been to DC, USVI, Puerto Rico and Guam, but have not been to American Samoa.

Seems like nobody goes to Vermont. It's awesome up there.

I need to travel more...

I got to knock a few states out when my brother and I did Route 66. I highly recommend it, and it really doesn't take that long. We left Chicago Saturday evening (first night in Springfield, IL) and hit Santa Monica on Thursday -- and that was with several tourist stops and a side-trip to the Grand Canyon.

Sell that kidney and come on out to visit! It's pretty sweet out here. I look forward to the USC-Notre Dame game too...I guess we need to get tickets.

Of your five, the only one I have been to was Rhode Island. I expected more. On the coast they have all these millionaires (most likely billionaires these days) mansions, but traveling through the state on my way to Massachusetts it reminded me of driving through South Carolina. Connecticut was great, Massachusetts was great, even New Jersey wasn't as bad. But you can walk it if you want.;-)

And in New Hampshire they Live Free. Or They Die.

If you have been to Mass, Conn, NH, and/or Maine, then you RI is not much different, so you have not missed much. As for California. Do yourself a favor and get there. There is a reason why 38M people live there. If you have to choose which part to go to, go to Northern California, which is increadible (as is OR & WA for that matter). I actually like San Diego as well, but it is quite different than NoCal. Avoid LA/Orange County -- endless sprawl. Too bad you are underwhelmed by AZ, I love it there. I dig the "dry heat", the mountains on the horizon and the golf is the best. The contrast of the golf course and the desert mountains is unbeatable.

A "salue" is a person who types carelessly and leaves misspelled words in very prominent places where everyone can see them.

I was trying to be tactful...