Hey Jenny Slater presents My Wife Will Be Out Shopping for Hours: A Discreet Guide to GOP-Acceptible Extramarital Hookups. 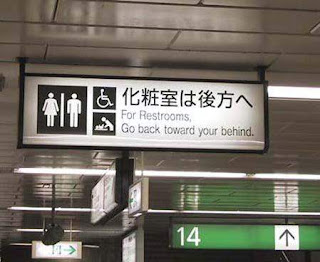 This summer alone, we've been treated to the following:

• Florida State Rep. Bob Allen (R-Merritt Island) getting arrested for offering to blow a guy in a park restroom;

• Glenn Murphy, the leader of the Young Republican National Federation, stepping down after allegations that he sexually assaulted a dude; and, just for fun,

So after all that, I guess it wasn't actually too surprising that Sen. Larry Craig (R-Idaho) got charged with soliciting sex in an airport men's room. But what is surprising is his handling of said charge:

Craig issued a statement confirming his arrest and guilty plea, which were reported in the Capitol Hill newspaper Roll Call. But the Idaho Republican maintained that he had not engaged in any "inappropriate conduct" and that the airport police misunderstood his behavior.

"At the time of this incident, I complained to the police that they were misconstruing my actions. I was not involved in any inappropriate conduct," Craig said. "I should have had the advice of counsel in resolving this matter. In hindsight, I should not have pled guilty. I was trying to handle this matter myself quickly and expeditiously."

So basically he's saying he pleaded guilty just to speed the process along? Look, I've never been accused of soliciting sex in a men's room, so I cannot state with absolute certainty how I would handle it if I was, but I'm fairly sure my attitude wouldn't be "Well, I'm heterosexual and have never tried to have sex with a guy in a men's room, but I'll go ahead and admit guilt if it'll just speed this thing along. I mean, I'll be known publicly as a guy who tries to hook up with dudes in bathrooms, but I figure my reputation can recover from that." 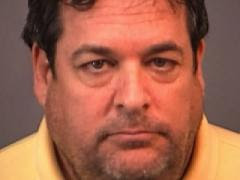 Christ, Larry, even Bob Allen's smarter than that, and he offered a guy twenty bucks to let him blow him.

What struck me today as I was reading the details of Craig's arrest was how similar it was to the Bob Allen incident in Florida last month. As he was being led away from the men's room in question, Allen reportedly asked if "it would help" that he was a state legislator; when Craig was being questioned at the airport about what he was doing in the restroom,

Craig gave police a business card showing that he is a U.S. senator. "What do you think about that?" Craig asked the officer, according to the report obtained by Roll Call.

I guess the only thing left to comment on is the odd reaction from GOP sycophant Hugh Hewitt, who says:

I realize that I did not say this about Senator Vitter, but Craig's behavior is so reckless and repulsive that an immediate exit is required.

Well, at least he's good enough to admit point-blank that he's running a double standard here, but honestly I don't see how you can parse the differences between the offenses here. Craig cruised for sex in men's rooms, which is illegal; Vitter availed himself of the services of prostitutes, which is also illegal. He describes Craig's behavior as "reckless and repulsive," but I'm sure many of Vitter's Louisiana constituents might find his own behavior repulsive, and whatever else you can say about a sitting U.S. senator banging hookers within a few blocks of Capitol Hill, it certainly seems "reckless" to me.

I suppose it's just a coincidence that Idaho is a safely Republican state, while Vitter just barely avoided a runoff in his 2004 race with 51 percent of the vote.

The lesson: Republicans, keep your extramarital affairs restricted to chicks. If the powers that be in the GOP find out you were chasing cock, they'll drop you like a bad habit. But as long as you were only going after poontang like the rest of us normal folk, you're golden.

(For more insight into the bizarre right-wing reaction to CruisingForCockInTheMensRoomGate® -- yes, I'm copyrighting that -- go here.)
Posted by Astronaut Mike Dexter at 6:09 PM

Uh, not to defend any of these jackass Republicans, but I don't believe any of them committed perjury or obstructed justice about said dipshititries.

And if I remember correctly, you - and seemingly every other R&B Democrat - supported the impeachment at the time. Am I wrong about that?

(I do love seeing Republicans in this state, though, as prudish as they hold themselves.)

Funny how they keep bringing up that Craig is married and has three kids, like that somehow makes him not gay (because, of course, no closeted gay man has ever been married to a woman and had children.) I'm fairly sure that the kids are his wife's from a previous marriage.

A good friend of mine recently said, "Why can't they just be gay? Why is it they have to be freaks?"

I was disappointed in Clinton's infidelity, even more so in the fact that he was dishonest about it, but I didn't support impeachment.

I think that if a politician commits a sex-related crime, they should get the same punishment that anyone else would get for that same crime, but beyond that I don't support summarily removing them from office; let the voters decide if their offense merits throwing them out. However, if someone like David Vitter says publicly that marital infidelity should be grounds for resigning from office, then he should resign himself, and if he doesn't then I'm well within my rights to call him a hypocrite.

you missed the best quote dude...he said that the reason his foot touched the officer's foot in the other stall was that he "has a wide stance" when going to the bathroom...priceless

I'm surprised he hasn't gone to the "I'm an alcoholic, so it's not that I'm gay, it was the alcohol- I'm going to seek help- and remember, I'm not gay" card. Seems to be the standard play these days.

I'm assuming his next move will be to go to that Ted Haggard 28 day camp to cure his gayness.

I wonder if anyone in the last 2 years has a newfound respect for Barney Frank, who all those years ago came out and was honest and upfront and said "this is who i am- it's no big deal, so y'all deal with it", which is so much more honorable than these self loathing lie living people who use their political positions to push an anti-gay right agenda.

Be gay, be straight, be whatever, just be honest and true to yourself.

Barney Frank came out, and everybody around him was like, "Uh, no shit, dude."

The best part of the story is his handing the cop his business card with "U.S. Senator" on it after the arrest and remarking, "so what do you think of that?" Oy vey (HT to my Jewish friends).

This is why I transferred out of Journalism and into Cinema. I realized I was too much of a wisea*s to sit in a press conference and listen to a man say "I am not gay" 3 times in the space of 2 paragraphs without raising my hand and asking, "so, then, you're saying you're not gay?"

Of course, then Stewart/Colbert/Maher/et al come along and I realize the potentially lucrative opportunity I threw away for the chance to work in the cold, cruel world of indie film. Brrr.