Just because I've been pretty heavily involved in politics over here in Alabama doesn't mean I never get surprised or discouraged by the stupidity, selfishness, and/or simple obtuseness exhibited in our country's political system these days. And yet, every time I think it's hopeless and there are no good men left in American politics with the balls to say the things that need to be said, I find a glimmer of hope in people like Ohio State Sen. Robert Hagan (link via Pandagon:)

AKRON, Ohio -- If an Ohio lawmaker's proposal becomes state law, Republicans would be barred from being adoptive parents.

State Sen. Robert Hagan sent out e-mails to fellow lawmakers late Wednesday night, stating that he intends to "introduce legislation in the near future that would ban households with one or more Republican voters from adopting children or acting as foster parents." The e-mail ended with a request for co-sponsorship.

On Thursday, the Youngstown Democrat said he had not yet found a co-sponsor.
Hagan said his "tongue was planted firmly in cheek" when he drafted the proposed legislation. However, Hagan said that the point he is trying to make is nonetheless very serious.

Hagan said his legislation was written in response to a bill introduced in the Ohio House this month by state Rep. Ron Hood, R-Ashville, that is aimed at prohibiting gay adoption.

"We need to see what we are doing," said Hagan, who called Hood's proposed bill blatantly discriminatory and extremely divisive. Hagan called Hood and the eight other conservative House Republicans who backed the anti-gay adoption bill "homophobic."

I know the Republican readers of this site -- yes, you will be shocked to know there are some -- are probably rolling their eyes at this and will be quick to deride it as just a political stunt. And sure, that's exactly what it is, but Hagan doesn't seem to have any high-minded illusions about the stuntliness of his exercise. Basically this guy has taken President Jed Bartlet's famous "Dr. Laura rant" from "The West Wing" and turned it into real life, and as we all know, an actual American politician with Jed-Bartlet-style balls is something despondent libruls have been pining for ever since December 2000. 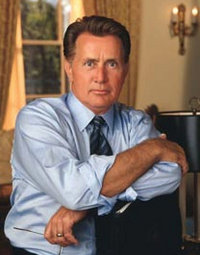 Bartlet '08: In your heart, you know he kicked ass in "The American President," too.

But because I've never been the kind of person to just let a joke go when there's an opportunity to beat it into a coma, I decided to do a point-by-point comparison of gays and Republicans to see which ones really make the fitter parents. The results may surprise you, or they may not:

STANDARD-BEARER
Republicans: George W. Bush ("Heck of a job, Brownie"; "I know how hard it is to put food on your family"; "the British government has learned . . . ")
Gay people: Elton John ("Goodbye Yellow Brick Road"; "Bennie and the Jets"; "Guess That's Why They Call It The Blues")

TINFOIL-HAT CONSPIRACY THEORY
Gay people: Generation after generation of American youth are fagged up until we become a country overrun with sodomites and degenerates, at which point the Antichrist returns
Republicans: Judicial seat after judicial seat is filled with right-wingers until we become a fascist theocracy run by Jerry Falwell and Halliburton, at which point we invade Iran

IS THEIR LIFESTYLE A CHOICE?
Republicans: Yes
Gay people: Best research points to no

CONDEMNED IN THE BIBLE?
Gay people: Yes, depending on your interpretation
Republicans: Indirectly

RECENT IMMORALITY
Republicans: Starting an unnecessary war under false pretenses, taking payoffs from Jack Abramoff, passing repeated tax cuts for the rich that future generations will have to pay for
Gay people: Buttfucking 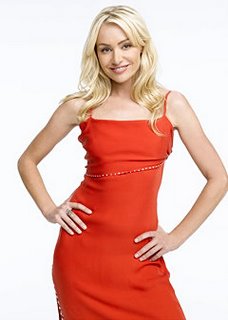 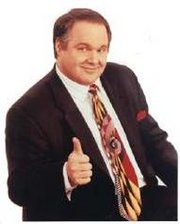 POTENTIAL NEGATIVE INFLUENCES ON CHILDREN
Gay people: Casual attitudes toward sex; the concept of thinness being a person's most important trait; contempt for football; unnerving affinity for show tunes
Republicans: Casual attitudes toward war and oil consumption; the concept of ignorance of global politics as a source of pride; contempt for the poor; unnerving affinity for talk radio 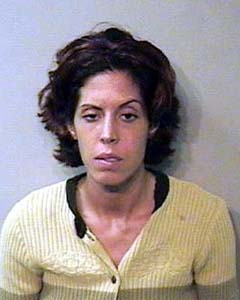 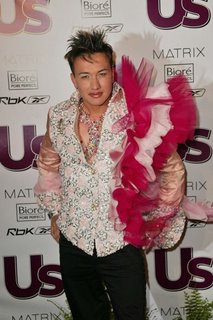 So as you can see, at the very least gay people are no less qualified than Republicans to raise kids. If the gay-adoption ban goes through in Ohio, then I expect the state's progressives to rise up in support of Sen. Hagan's "nuclear option" and save our children from the degeneracy of the GOP, Sean Hannity, and National Review. This is our future we're talking about!
Posted by Astronaut Mike Dexter at 9:42 AM

"RECENT IMMORALITY
Republicans: Starting an unnecessary war under false pretenses, taking payoffs from Jack Abramoff, passing repeated tax cuts for the rich that future generations will have to pay for
Gay people: Buttfucking"

Aren't those two the same thing?

Excellent. I'm still reeling over the Cheney/Hume relationship, though. I guess they get a double adoption ban thingy.

Gays: Want nothing more than to be accepted by society.

Republicans: Want nothing more than to erase everyone but themselves from society.

Brilliance. And without Martin Sheen, Michael Douglas would just be the most popular history professor at Wisconsin.

but often with willful ignorance of sinful acts (underage drinking, drug use, premarital sex) committed by children in secret

Drinking (in general, that is)? Not a sin. You *do* remember Christ's first miracle was turning water into wine, right?

Drug use? Nope. Not sinful, either.

Premarital sex? According to the fundies, yes. But if you dig a little bit, you'll find out it's illicit sex (read: sex with a prostitute) that's a sin, not two legitimate unmarried consenting adults.

As one of your more conservative readers, I have to say I don't give two shits about gay adoption. I don't think most politicians do either, but it's a nice way to invigorate the base (ie. overzealous Christians who've never met a homosexual in their life, aside from their closeted son).

Also as a Conservative reader I don't care about gay adoption. Or rather- I have my opinions on the matter but it isn't an issue that I really get riled up about. If you haven't read the book A Confederacy of Dunces- there is a great part about the main character trying to organize a Gay political party to infiltrate the military and thus end all wars. Its sorta related to the Republicans vs. Gays thing. But anyway its great stuff.