Fate: Just another word for the spot where "opportunity" and "humiliation" collide. 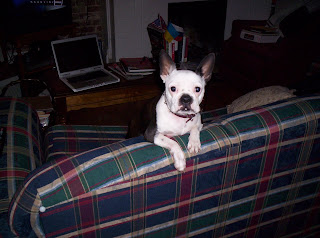 This story is apropos of nothing, really, but I just thought you might be interested in what typically happens when something cool almost happens to me with respect to the opposite sex; it kind of makes a companion piece to the almost-cool-but-not-really Jenna Bush story from this past spring. 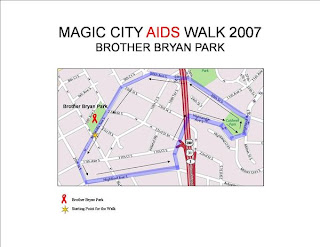 My neighbor Katie and I walked a couple blocks to Brother Bryan Park this past Sunday to go to the Magic City AIDS Walk, just to see what was going on, check out the drag queens, maybe donate a little money. I brought Jenna with me, and as we were walking around we spotted the recently elected Miss Birmingham signing autographs. Jenna ran right over to her, and Miss Birmingham immediately said "What a cute dog!" and started playing with her. And I'm thinking, yes, it's good to have a dog. 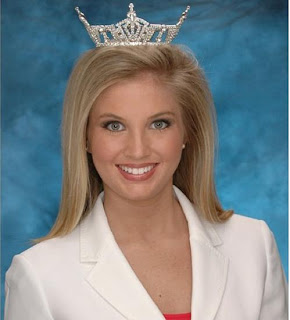 Now, I should probably also mention that Brother Bryan Park after hours is a rather popular hangout for homeless people and the like, and more than a few of them were hanging around during the AIDS Walk festivities. One of them was a woman I see pretty frequently as I'm taking Jenna for a walk around Five Points. I don't want to be gratuitously cruel here, because this woman's never done anything wrong to me, but she's a little loopy, her face is a bit messed up, her teeth look like what would happen if you looked in every mouth in the British Isles and selected the 32 worst teeth you could find . . . basically, I'm 99-percent sure that she's not a Southern Baptist but rather a Crystal Methodist. But again, she's never done anything wrong to me, and she loves Jenna, as most people do.

So I'm standing there with Miss Birmingham as she's fussing over Jenna, trying to figure out the best way to get some kind of conversation started, when I hear a raspy voice holler "JENNA!!!" and who should walk over but . . . yup, the homeless lady. She scoops Jenna up and starts playing with her. Record skips, heads turn, moment killed. Brutally murdered, in fact.

So that's pretty much how it goes when you're me. Given an obvious opportunity, something always intervenes, and this time it wasn't even my own stupidity and/or social ineptness -- it was a homeless person cock-blocking me in front of Miss Birmingham. 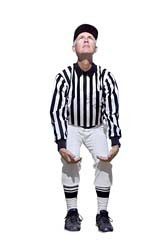 Fig. 3: A referee signals an illegal cock block, which awards the blockee fifteen yards and an automatic first down.

Humiliated by Tennessee on Saturday, cock-blocked by a methhead on Sunday. The kind of weekend that just begs to have a country song written about it.
Posted by Astronaut Mike Dexter at 9:24 PM

Email ThisBlogThis!Share to TwitterShare to FacebookShare to Pinterest
Labels: Jenna the wonder terrier, my sordid personal affairs, pimping is actually quite difficult

Arrrrgh! So, why didn't you whisper to Miss B that the lady was one of the homeless people you work with in your mission work and it was so wonderful that she would come out for the Aids walk and that you would be interested in helping with her pageant platform????

Youth is wasted on the young.

(truth be know though she did you a favor; trust me on the high maintenance women...)

You read my mind Zen. Believe me, more embarassing things could have happened..... and if you really thing you're going to snog Miss Birmingham then you're more optimistic than I ever was.

She's only "out of your league" if you define the leagues.

Pageant girls are snoggable, but probably not worth the effort. Key point to remember is that they are seeking approval and like everyone want only that which they can't have. So next time you see her thank her for her service to her platform and remind her she is too young and/or not good looking enough for you.

ZB, are you taking dating advice from that Mystery guy again?

No ACG, I am merely distributing 4 decades of wisdom to the masses of men who see a beautiful woman, no doubt such as yourself, and wonder "Why, Oh Why am I not good enough for her??" then wail and weep in despair. Fact is, I have found that most women are approachable if one has the courage to approach. I promise these young men only that they will fail to meet every woman they don't try to introduce themselves to, and that no one is out of anyone else's league. Each of us is a perfect product of God's wisdom and vision and we should believe in our hearts we are good enough to date anyone.

Except you of course, you are far too fair and exceptional for any man. Any damn fool can how wonderful and special you are, and we should all acknowledge that we are not worthy!!

(of course if I was 10 years younger and anywhere near Birmingham....)

Zen, nice attempt. ACG, can you please give him a score on a scale of 1 to 10? I'd like to see where he stands.

I wasn't implying that you shouldn't bat out of your league. I've done that most of my life, and while I've had some disastrous results at some points I can now go to a bar with pride and smile when someone asks, "Is that YOUR fiance? WHA?!"

However, if you expect to pick up Miss Birmingham by flaunting your dog (no offense, Jenna is cute!) then I say you have little chance.

Let's not go placing Miss B on too high a pedestal here.
Is she hotter than say, the top 15% of women in Athens? I'd say no. Is she more famous? Yes. But this ain't Jessica Alba or even Miss USA here. And chicks love dogs (well, small ones. Rotties and Mastiffs never get the same response.)
In my experience demi-celebs respond best to talking normally to them. I can't say I base this on talking to a Miss anything (well, other than a few Junior Miss GA winners back in the day), but once you realize a Playmate's not really different from a non-playmate (well, except the ease of seeing her naked), life gets a lot more fun.

Wait a sec, I didn't know I would be graded!

Not hotter than the top 15% of the girls of Athens? I wouldn't know, I've never seen her. I can only access based on the inner beauty she expresses here and on her fine blog. That makes her incredibly hotter than any of the women I have met from Athens. To judge her less makes your tastes in women clearly undeveloped.

Also, if I may give some more advice, stop evaluating people on looks alone. I have dated (and married) beautiful women that could neither hold a conversation or tell a joke. I have dated other women, less visually blessed, that were a complete blast to be around. Given my choice I would take the latter any day. One universal maxim of "beautiful" people is that somewhere there is a person of the opposite sex that is tired of putting up with their shit.

I guess what I am saying is when you evaluate people based on their looks you are lowering both them and yourself. People are just people.

Oh, you were talking about Miss B, not Miss ACG... nevermind....