BlogPoll ballot #8: In fact, everybody does suck at this game. 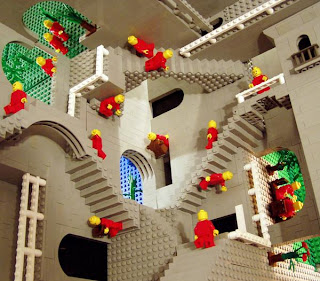 The most bizarre college-football season I can remember rolls on, and thus I declare myself officially absolved of any responsibility to come up with a top 25 ballot that makes sense. Though I still tried. I did it for the kids.

Note the edits! This thing is pretty much open to discussion and revision until midnight Tuesday.

1. Ohio State (last week: 2) LSU (last week: 1)
You know what? Screw it. A The Ohio State superfan (to whom I happen to be related) told me herself that tOSU probably shouldn't be ranked #1 just yet, and Brian's rationale for keeping LSU #1 is about as airtight as anything could be in a season as crazy as this one, so the Tigers stay put in the top spot as far as I'm concerned. Not to make excuses, but they were coming off a grueling, epic win, they were on the road, they were facing what I think we can all agree is a damn fine team . . . there's no shame in needing three overtimes to finally cough one up under those circumstances, and using the if-they-met-on-a-neutral-field criterion that is my primary basis for ranking teams in these ballots, I still think LSU would stand a better-than-50-percent chance of coming out on top against anybody below them. Ohio State included.

8. California (3)
I can't drop them too many since they were without their starting QB, Nate Longshore; they outgained Oregon State by 139 yards and might've won the thing had backup QB Kevin Riley not made the ultimate head-slapper of a mistake by trying to scramble into the end zone with 14 seconds left and no time-outs.

10. Auburn (13)
Screw the LSU and California losses -- the most shocking thing that happened all weekend was the fact that Arkansas's rushing game was held to only 67 yards. Then again, you have to wonder how Auburn's offense only managed three field goals against a defense as shaky as the Hogs'.

18. Southern California (10)
I said Southern Cal would deserve to drop further if they looked bad against Arizona, and look bad they did. This just isn't a great team at the moment; they've got five Pac-10 teams left on their schedule, any one of which is theoretically capable of beating them and more or less ending their run of four straight conference titles.

Major corrections follow, due primarily to the fact that -- as I fessed up to in the comments -- I somehow blocked out the fact that Wisconsin got pwn3d by Penn State on Saturday. Oopsy!

You forget somebody, or do you really think we're worse than Wisconsin, Texas Tech and Hawaii?

Illinois lost to a really bad Iowa team. I don't know that I would put them ahead of undefeated Kansas who defeated Kansas State in Manhattan. Kansas State had Auburn (your #10) on the ropes (and by ropes, I mean had them beat late in the fourth before Quentin Groves devoured the entire K-State offensive line in one bite) in the Loveliest [sic] Village. They (K-State) also beat Texas (your #17) by 20... so Kansas isn't really all that bad.

But, uh, it's your poll. It's no worse than ranking Georgia ahead of Tennessee, which it seems every pollster in the Coaches' Poll has done.

Between the general malaise and the injuries, I would assume that SC is going to lose at least 3 more. At that rate, they'll free up a spot for Georgia.

Apparently in my joyous delirium in the wake of our big win over the Vandy juggernaut, I completely forgot about the fact that Wisconsin had gotten shelled by Penn State earlier in the day. Needless to say, corrections are forthcoming.

Well even though 0.000087% of the population agrees with you, at least when we get to the Outback Bowl we'll be able to prove yet again that yes, we are indeed better than Wisconsin.

Outback bowl? I think I'd take that in a heartbeat at this point. That, and beat Tech. Under no circumstances is a loss to Tech acceptable.

OSU at number 1 rankles me as well, as I am convinced the Big 10 (sic) sucks diddly poo...yet South Florida at #1 doesn't sound right (even though USF has played a tougher schedule and more impressive wins--WVU and AUB--than the Suckeyes.)

Still not seeing a lot of love for Arizona State.

...now your rankings look more credible! Now let's see if I can influence the AP poll, etc, to get it right! I mean, one shouldn't complain when others float your boat, but when it's all hot air so far, the integrity of that ranking really is suspect.