Friday Random Ten+5 doesn't get the credit it deserves.

It's time to celebrate the uncelebrated. Nothing fancy this week -- the +5 is simply Five Things That Are Way Underrated. 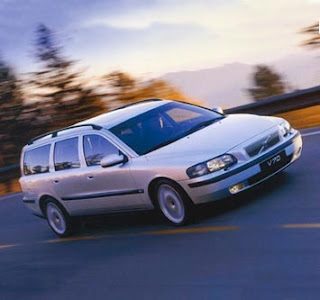 Volvo station wagons
I'm sure I've gone on about this in some previous post, but it bears repeating: A Volvo turbo wagon is the ultimate car. It'll hold you and four of your friends and a fair amount of stuff, it's as safe as a bank vault, and its bricklike, family-car styling is in fact its unique ace in the hole. The V70 T5 will go from 0 to 60 in right around seven seconds and top out at more than 150 mph, but to the average cop in the median, it looks like you're just another suburbanite picking up the kids from soccer class; they're more likely to pull over a Corvette loafing along at 80 than they are to pull you over doing 95. It's the ultimate stealth vehicle. 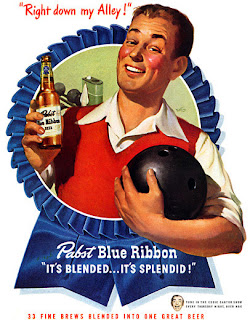 Pabst Blue Ribbon
My friend Brian calls me a "beer snob" because every time he sees me I'm drinking some exotic imported brew. It's not that I'm a snob; I don't insist on drinking something rare or expensive, I just like trying new things. And there's no way I can be a beer snob in the first place, because I actually, sincerely like PBR. It's got a hell of a lot more flavor than Coors, and sometimes, when you're in a country-and-western dive in Nashville or a barbecue joint in Birmingham where there are peanut shells all over the floor, it's just something you've got to have. Not to mention the fact that Dennis Hopper is a big fan. 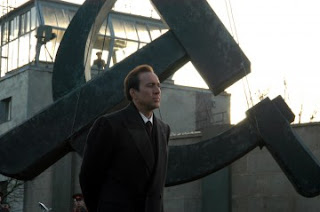 "Lord of War"
This movie didn't get a whole lot of attention when it came out in 2005, which is surprising, since it's one of only about four or five decent movies Nicolas Cage has been in in the last decade. But it's thought-provoking, funny in a dark and cynical kind of way, and in some scenes, downright amazing to look at (I'm thinking in particular of the scene in which Cage lands a cargo plane full of illegal arms on a dirt road in Africa and then proceeds to give away an entire planeload of guns -- and, eventually, the plane itself -- to passersby). 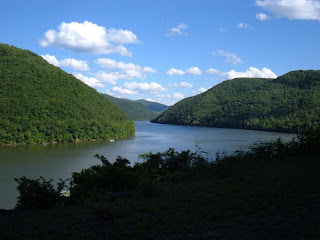 West Virginia
I'm thinking of the state in general here, not the football team, which isn't exactly lacking in rated-ness at the moment. People like to dog West Virginia for being full of hillbillies or "Deliverance" country (just FYI, that movie was filmed in Georgia, unfortunately), but every time I've been there (my grandparents retired out there a few years back) I've been impressed at how nice and hospitable the people are. I totaled a car on a winding mountain road near Petersburg not long after I graduated from college, and I still owe the Upper Tract Volunteer Fire Department a debt of thanks for giving me a ride back to civilization and taking care of me until my grandparents could come and retrieve me. There are certain states I don't mind making fun of, obviously, but West By God Virginia isn't one of them. 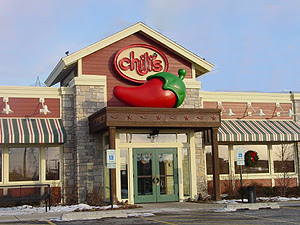 Chili's
If you live ITP (inside the perimeter) in Atlanta, it's kind of assumed that you're one of those hip, urbane types who hangs out at exotic ethnic restaurants and indie coffee shops and wouldn't be caught dead at a chain establishment. I tried to live up to that stereotype, but my friend Kristen and I had one shameful weakness -- Chili's. They didn't have a single one inside 285, as far as we knew, but that didn't stop us from trucking on up to Dunwoody once in a while and stuffing our pieholes with Southwestern egg rolls and peppercorn burgers. Oh, so good . . . and I know someone's going to come on here and leave a comment like, "Oh, dude, I used to work at Chili's, it's so nasty, one time a guy accidentally dropped a couple boneless buffalo wings in the toilet but he just fished them out and served them," but save it, if lovin' Chili's is wrong I don't want to be right. I'll admit I don't know how well it stacks up to Flingers, but I know it's way better than Tchotchke's.

Your turn to put your own Ten, and further sing the unsung, in the comments.
Posted by Astronaut Mike Dexter at 8:17 AM

Every Friday-before-Memorial Day, when I am passing through Upper Tract and am stopped by the firefighters with the boots out for contributions, I make one in your name. Otherwise I would just be passing through ignoring the annoyance! Live long and prosper.

Oh, there most certainly is a Chili's inside 285 - at Toco Hills. The Girl and I ate there not two weeks ago, and weren't ashamed in the least. That schtuff is good!

And Lord of War is in fact way, way, way underrated.

You're right - don't mention Heineken around Dennis Hopper.
BTW, to me, that's the scariest movie villain of all time.

Amen on the PBR. Tallboys.

-Apple Juice, One of my favorite juices
-Mailmen/women, not so much for the usefulness, but man they deliver junkmail almost everyday. Thats devotion.
-My old roommate. and he probably will never have credit.
-Weird Al. Genius and Accordions don't usually go together.
-The Atlanta Zoo Gorilla Habitat. Pretty darned sweet. F the pandas.

Doug, once again you prove you're a scholar amongst heathens. I used to get Chili's every weekend in Tallahassee, and my artsy fucking film friends gave me shit ALL THE TIME. Lord of War..... great flick. I drove a Volvo station wagon for 6 years, and I never ONCE had a problem with (except for the time it was stolen....), and PBR. I fully blame my alocoholic tendencies on PBR, given that my favorite dive in Chattanooga was a place that had $1 PBRs EVERY NIGHT OF THE WEEK. Whether that's a good or a bad thing, I don't know, but I'd be a lot poorer now if I had drunk anything else.

2 things that are most definitely underrated, albeit rarer and rarer: airline flights and public transportation {subways, buses & trains} that run on schedule.

On the Chili's theme, I have always liked Outback and thought that it was legit, while lots of other steak snob people thumb their noses at it. Look, the outback special for $15 is a hell of a lot better steak quality/$ ratio than the $70 one at Ruth's Chris, which is in my opinion waaay overrated.

3. "Rosarito" by Long Beach Dub All Stars, from 'Right Back'

My brother lived for several years in Lexington, VA, which is a stone's throw from WVa. I can remember driving along a divided 4 lane road that suddenly telescoped into a 2 lane road. Yep, we were in WVa. But that was a good thing. I know several people who come from WVa, and while they are as country as corn bread, they are just as good at heart. Love PBR & Chili's, and maybe I'll check out the Lord of War, but having rented a Volvo turbo wagon once, I have to say you are waaayy off base there. 4 out 5 isn't bad, though.