Friday Random Ten+5, what is it good for? Absolutely nothin'!

If you only read one post on the anniversary of 9/11 -- well, you've probably already read hundreds, so this advice is coming a bit late, but read ACG's post at Practically Harmless on the yawning gap between the awesome things we could've done in the wake of 9/11 and the decidedly non-awesome things we did do.

And, it got me to thinking: "War on Terror" was a pretty good phrase when we first started using it right after 9/11, because we were all pissed off and we knew (or thought we knew) whom we were fighting, and after all, who likes terror?, but in the six years since, one thing has become pretty clear -- the War on Terror fucking sucks. We don't know whom we're fighting, we can't pin them all down to a single place, it's apparently not even serious enough for the government to ask us to all pull together and sacrifice for our boys in the field like they would've done in previous wars. Now, I'm not going to sit here and say that all wars are bad and/or unnecessary -- in fact, we've fought plenty of wars that were not only necessary but way better than this one, and with that in mind, this week's +5 is Five Wars That Were Way Better Than The War On Terror. 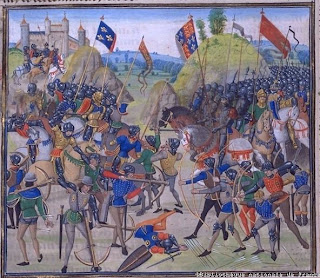 Hundred Years' War
These days, most wars try to make themselves look bigger than they actually are, as you've no doubt noticed every time George W. Bush opens his mouth. The Hundred Years' War, though, is one of those rare major military conflicts that actually sells itself short -- the thing went for 116 years, give or take a few months. The war actually was comprised of a series of lengthy conflicts, but they all basically centered around an ongoing dick-swinging contest between England and France to see who was the biggest and baddest superpower, back when either of those countries could make such a claim without inducing fits of laughter. The war is remembered for bringing such innovations as the longbow into the military mainstream and for opening the doors to allowing peasants and farmers to join in the glory of battle formerly reserved only for knights and noblemen . . . which is, uh, great, I guess. 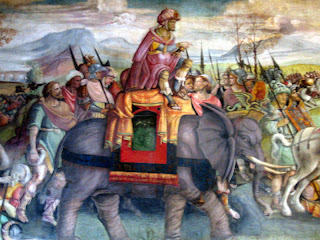 Punic Wars
Besides having a name that's just plain fun to say, the Punic Wars matched up the two major empires of their day (Rome and Carthage) in a conflict that changed the course of history by solidifying the Roman Empire as the Western world's one true superpower. This war's sequence of events included such cool shit as Hannibal crossing the Alps on an army of elephants. 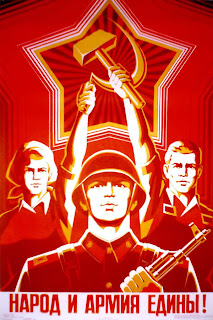 Cold War
True, this war didn't involve a single shot being fired, but honestly, hasn't the "War on Terror" made you miss the Soviet Union just a little? With the Cold War, we could at least be afraid of angry, faceless Slavs piloting red-star-decorated Tu-95 bombers packed with nuclear warheads; in the War on Terror, we're supposed to be afraid of hairy Saudis carrying boxcutters. The Cold War inspired stuff like Ronald Reagan's "Mr. Gorbachev, tear down this wall" speech and an entire generation of James Bond films; the War on Terror has inspired little more than George W. Bush whining "it's hard work," and there's no way you could write an entire 007 film around it unless you were willing to put the Bond girl in a fucking burkha. The Cold War was just plain sexy, and honestly, if Vladimir Putin wants to get things started up again by trying to reassemble the Soviet Empire, I'll take that any day over chasing Osama bin Laden's ass around a cave in Pakistan.

World War II
The "last great war," not just because it involved the United States leading the Western world to victory over an evil government truly bent on global genocide but because of the way it changed our culture: movies like "The Longest Day" and "The Great Escape." Icons such as the P-51 Mustang and the Jeep. George C. Scott as "Patton." Legends such as Winston Churchill and FDR. Aircraft nose art. The video game Wolfenstein 3D. Calls to service such as rations, bond drives, and "Rosie the Riveter" that truly inspired the folks back home to feel a sense of ownership -- and urgency -- in what the boys were doing overseas. Yeah, we had to drop two nukes to win it, which kind of puts a damper on things in a historical sense, but still, overall, this is how you fight a fucking war, people.

Revolutionary War
A group of ragtag Americans who, in most cases, couldn't even afford to put uniforms on their backs succeeded in permanently booting the world's preeminent superpower off of their shore. Conveniently ignoring the parallels to our current situation, that's pretty fricking cool, isn't it?

Does that have you in a fightin' mood yet? Anyway, here's the Ten:

Your own Tens and/or most fondly remembered wars -- be they World, Opium, Star, or Cola -- in the comments.
Posted by Astronaut Mike Dexter at 8:08 AM

Email ThisBlogThis!Share to TwitterShare to FacebookShare to Pinterest
Labels: Friday Random Ten, war what is it good for absolutely nothin

I'm not sure I would classify the 100 Years' War as better as than the War on Terror. You yourself admitted that it was little more than a dick-swinging contest, and I find it difficult to believe that wasn't the original intention of the War on Terror. Just because it didn't work out that well for us doesn't mean that wasn't the intention. You even said that the benefits of the war were "uh, great, I guess."

While it says a lot that you would put this above the War on Terror on your list of cool wars, it wouldn't make my top five.

Korea Rocked! Nothing is more satisfying than a stalemate.

Not a war, but the battle of Thermopoli was pretty cool.

Uh, technically "we" weren't involved in either the 100 year war or the Punic wars.

War sucks, so I am not one to celebrate it, but if forced to pick one I would of course go with the 1967 "Football War" between Honduras and El Salvador.

Instead, as a bit of an anti-war pacifist dude, I'd rather point out the 3 major cease fires that footy is responsible for:

1. Christmas truce in WW1 when German & British troops laid down their guns and played footy against each other all day

2. 1967- Pele plays an exhibition match in Lagos and the 2 factions fighting a brutal civil war call a 48 hour truce so that people can see the greatest player in the world

3. 2006- Cote D'Ivoire declares truce in civil war after they qualify for World Cup 2006 so the nation can unite behind the soccer team.

2. "Regular Man" by Albert Cummings, from 'From The Heart'

4. "Bring It On Down" by Oasis, from 'Definitely Maybe'

5. "Solo Por Ti" by Gipsy Kings, from 'Volare! The Very Best Of The Gypsy Kings'

9. "No Vaseline" by Ice Cube, from 'Death Certificate'