I can totally see this guy playing the super-villain in "M:i:IV."

· Our top story this morning: Somebody has located a "sequel" of sorts to the "Spirit of Truth" crazy-preacher video I linked to on here a couple weeks ago. Doesn't quite have the OMG shock value of the first one, but still, I sense a cult following in the making. Someone offer this guy a movie deal already!

· Not that I'm some tremendous fan of the Cardinals, but how awesome would it be if not only did Barry Bonds somehow find a way to not break Babe Ruth's home-run record (much less Hank Aaron's) this year, but he also had to watch his own single-season record get smoked by Albert Pujols?

· The great thing about college football is that even during the interminable months when no actual football is being played, you can still argue about ancillary stuff like historical bad calls, who really deserved to go to the national-title game in year X, and which uniforms suck and which don't. Mayor T. Kyle King gives his own opinions here and follows up with a parting shot aimed at the colors orange, maroon, and brown. Autumn colors = yecch on football uniforms, in other words. My choice for the top five uniforms: Georgia and UAB (durr), Virginia, Kansas, and Alabama; the bottom five are Tennessee, Oregon, Wyoming, Oklahoma State, and any unis that are part of the alternate-color-shoulder line Nike foisted on an unsuspecting public last year. 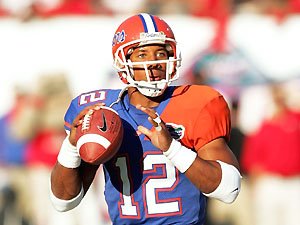 · Virginia Tech wore those silly-ass jerseys for a few games last season, too, so I could've put Marcus Vick's picture up there instead, but . . . bagging on him has gotten to the point where it's almost not fun anymore.

· Stop stealing my ideas, Andrew Sullivan. This is not the first time this has happened.

· Reminder -- the Pet Shop Boys' new single, "I'm With Stupid," came out Tuesday, and the album from whence it sprung, Fundamental, is due in just under two weeks. Your status as a Friend of Hey Jenny Slater is, as previously noted, contingent upon purchasing at least one of these. 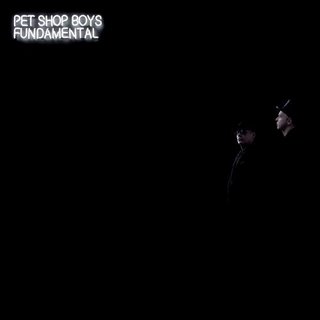 I've said it before and I'll say it again -- if lovin' the Pet Shop Boys is wrong, I don't want to be right.
Posted by Astronaut Mike Dexter at 8:01 AM

Email ThisBlogThis!Share to TwitterShare to FacebookShare to Pinterest
Labels: football, Mystery Meat, the staggering genius that is the Pet Shop Boys, you know what I blame this on the breakdown of? society