An open letter to the thimbledick who keyed my car.

Dear thimbledick who keyed my car,

Hi. How ya doin'. Remember a dark-green 2000 Volkswagen Jetta you might've come across sometime in the past few days? And keyed? Well, you tuned it up real good, that's for sure. I don't know what set you off -- maybe you're a 33-percenter who got pissed off by one of my anti-Bush bumper stickers, maybe you saw the UGA stuff on it and got angry that Georgia is the defending SEC champion and not your own shitty football team -- but whatever it was, it got you to create quite a masterpiece, starting at the front fender and going allll the way back to the taillight in an almost-unbroken line, even dipping underneath the rearview mirror without stopping. Quite a piece of work there. You musta been pissed.

Except you half-assed it on one thing: Either you were too chicken to really gouge the crap out of the thing or you've never actually done this before, because you didn't go very deep, only scratching the clearcoat, as a matter of fact. Which means that it took maybe five minutes of not-terribly-high effort to buff it down to where you can barely see it, even in the bright sunlight. So to what I'm sure is an extensive list of things you're not very good at -- basic manners, respecting other people's property, reading and writing, holding down a regular job that doesn't involve bus-station fellatio -- I guess we can now add "vandalism."

In the interest of Christian love, I forgive you. But be that as it may . . . 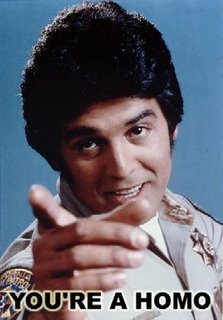 Yours in Christ,
Doug Gillett

This letter and many others will be included in the collection Doug Gillett: A Life in Letters, coming this fall from Little, Brown & Co. Pre-order your copy today.
Posted by Astronaut Mike Dexter at 9:55 PM

There is nothing mre chickenshit then keying another man's automobile.