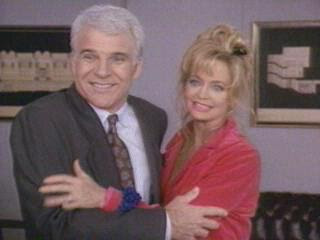 The good Dr. Saturday is taking a well-earned vacation this week, so Yours Truly will be helping to keep the place in order in his absence. Actually, EDSBS co-editor and alternate-universe Mrs. Doug Gillett Holly will be doing the brunt of the house-sitting work; I'm just going to be popping my head in from time to time to make sure that all the plants are watered and the major appliances haven't been left on. But I've already done my part to sully Hinton's good name contribute some fresh copy, including: a handful of fearlessly ballsy predictions (guess which ones were mine and you win absolutely nothing); a rundown of coaches-in-waiting across the country; and a public declaration that I wouldn't touch Bryce Brown with a thirty-nine-and-a-half-foot pole.

As far as that last one goes: Yes, I'm positively giddy that Brown and the Brian Butler Traveling Snake Oil Extravaganza are now Tennessee's problem. So "God told [him]" that he was a Volunteer, did He? Then Duck, Hurricane, Wildcat, and Bayou Bengal fans around the globe have new motivation to put a little something extra in the collection plate this coming Sunday. But in all seriousness, kid, here's hoping you win as many SEC and national titles as Casey Clausen, Kelly Washington, and Jabari Davis combined. (By the way: Rennie Curran looks forward to meeting you.)
Posted by Astronaut Mike Dexter at 8:08 PM

Email ThisBlogThis!Share to TwitterShare to FacebookShare to Pinterest
Labels: administrative crap, blogs that are better than mine, self-aggrandizement

Is that a Housesitter reference or an Out-of-Towners reference? Either fits, really.