The Friday Random Ten+5 goes dancing, after a fashion.

For me, the NCAA basketball tournament is kind of like World Cup Soccer: I'm not really that big a fan of either sport, but man, I love the tournaments. And in the case of college basketball, it's because of the brackets. There's something very satisfying about filling one of those out -- you are the master of the universe, determining who lives and who dies in very cut-and-dried fashion, and at least until the actual games start, everyone is a genius, picking the upsets that nobody else thought to pick and thereby demonstrating your intellectual superiority over all.

That's not to say I think college football needs something like this -- no way do we need 64 teams, or 32, or even 16, involved in picking that champion -- but basketball has been able to make it work. And I dare say there are a few competitions in life that could be dramatically improved by going to a 64-team single-elimination tournament. What sorts of things, you ask? Well, that's why this week's +5 is Five Things That Would Be Way Better If They Were Decided By 64-Team Brackets: 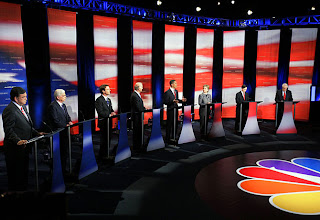 Presidential elections
Presidential elections are always complete chaos in the early going when one party (or, in the case of this last election, both) has 10 or 12 candidates up there arguing with each other. We could expand the field to 64, yet at the same time make things a lot simpler, by letting each side field 32 candidates and have have them debate one another two at a time; after each debate, we vote, and the biggest vote-getter from each debate advances to the next round. And you'd still get some impressive upsets, because I don't think most people would've placed Barack Obama any higher than a three seed going into 2008. 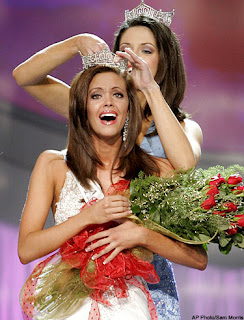 The Miss America pageant
Holly made the case for this one pretty concisely: "I can't think of anything more awesome than getting 63 pageant girls up on stage one at a time and telling them there's someone hotter than them." To expand the field to 64, we'd have to start including representatives from American protectorates and minor outlying territories such as Puerto Rico, the Virgin Islands, Guam, etc., but it'd be worth it. 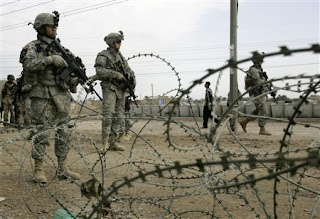 The war on terror
One thing that's always kind of sucked about the global war on terror (or whatever they're calling it these days) is that as much as we'd like to make it all about al-Qaeda, that's not the only enemy we're fighting; we've also got the Taliban, remnants of the Baath Party, Hamas, and Moqtada al-Sadr to worry about, to name only a few. I bet it wouldn't be hard to find 63 distinct, separate groups out there who hate our frickin' guts. But putting everyone into a 64-team (-faction?) bracket would make things way easier on us, because then we could take on those groups one at a time, with all the other ones we're not fighting at that particular moment taking each other out in the meantime. And then I guess we'd end up taking on al-Qaeda in the finals, but you never know, maybe there'd be an upset along the way and we'd end up facing a sleeper organization like al-Qaeda in Iraq. (I guess AQI is a branch organization like UNC-Greensboro or Texas A&M-Corpus Christi or something like that.) 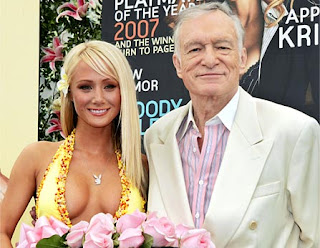 Playmate of the Year
Given that Playboy is making most of its money these days off their Web site anyway, why limit Playmates to only 12 per year? If 12 hot naked chicks is good, then 64 pretty much has to be better (a whopping 433 percent better, to be exact). 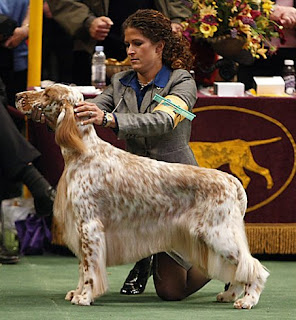 The Westminster Dog Show
I just think it would be hilarious if someone like ESPN or Fox Sports covered Westminster and did so in similar fashion to the way they cover March Madness. "Big upset in the Hunting regional today, as the third-seeded Standard Poodle got upset by the 14th-seeded Dutch Partridge Dog -- also on upset alert is the fifth-seeded Bluetick Coonhound, who took a dump on the carpet during a practice run this morning and is facing a very scrappy challenger in the 12th-seeded Boston Terrier."

And now the Ten (coming from the iPhone this week in honor of the face-rocking iPhone OS 3.0, which I'm more excited about than any reasonable person has a right to be):

Good luck with your brackets this weekend, folks, and feel free to drop your own bracket ideas and Random Tens in the comments. And GO BUCS! History is going to be made on the court this afternoon in Dayton; you heard it here first.
Posted by Astronaut Mike Dexter at 7:30 AM

Playboy has cybergirl for the internet as opposed to playmate for the magazine... Cybergirl changes weekly... 52 isn't quite 64 but there's NO need for more than 12 playmates

The Bucs played tough and made all of us JC ex pat's proud but alas they came up short.

I'm sure getting to 64 would be a breeze if you included domestic terrorist groups like the Klan and Stormfront. And do you really want to make the presidential campaign any longer than it already is?