The Friday Random Ten+5 goes (back) to the movies.

Earlier this week, Holly, who is so beautiful she could be an air hostess in the '60s, put up her list of her ten favorite movies of last year. Considering how few movies I got off my ass and went to see last year, chopping that down to five seems like a perfectly reasonable thing to do for a +5 this week. In contrast to last year, when I somehow managed to get out to all five Best Picture nominees for the first time ever, I saw maybe a couple dozen movies total in all of 2008 -- meaning I missed both a bunch of the Oscar heavyweights ("Milk," "Revolutionary Road," "The Curious Case of Benjamin Button," "The Wrestler," "Frost/Nixon") and a bunch of non-Oscar heavyweights I was excited about ("In Bruges," "Wanted," "Zack and Miri Make a Porno," "Hamlet 2"). And then there were other movies like "Funny Games" that I don't think ever made it to Birmingham in the first place. But here's the Five Best Movies I Did See Last Year, and I'll make an effort to be not quite so much of a slug in '09: 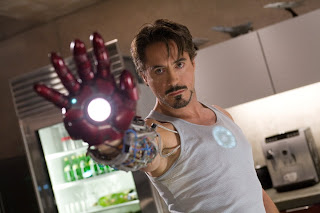 5. Iron Man
One of those rare superhero/comic-book movies that manages to strike an enjoyable balance between grit/realism and cartoon giddiness. Between this and "Tropic Thunder," I can't think of anyone in Hollywood who had a better year last year than Robert Downey Jr. God, am I gladhe's not a cokehead anymore so that he can get back to playing awesome characters again. 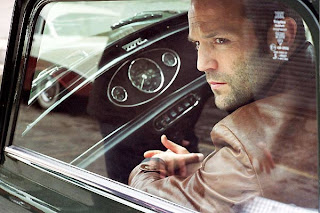 4. The Bank Job
In the first draft of this list I made (and subsequently lost), I think I left this movie off entirely. It was one of those early-year releases that, like many movies debuting in the first two months of the year, got buried beneath the run-up to the Oscars. That fact alone makes January and February a frequent dumping ground for movies that sounded good in pitch meetings but end up crappy -- "The Bank Job," though, was actually pretty good: Based on a real-life 1971 robbery in London, it looks fantastic and has plenty of action, yet manages to be more than just your typical let's-see-how-many-doublecrosses-and-plot-twists-we-can-throw-in heist flick. And Jason Statham even acts! I wonder if Patton Oswalt has seen it. 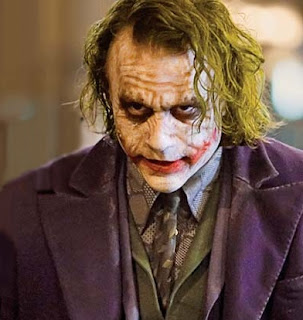 3. The Dark Knight
Perhaps a wee bit too long, definitely dark, and I can't help but thinking that the ending would've been a little more coherently wrapped up, with respect to the Joker at least, if Heath Ledger hadn't checked out just a few months after the primary filming had been completed. But still, what a movie, and what a performance by Ledger, who took on the daunting task of making the viewing public associate the Joker with someone other than Jack Nicholson and made it look easy. I continue to be thrilled and amazed with what Christopher Nolan has done in wrestling control of this franchise back from the live-action kids' cartoon it had become and making it something far grittier and more realistic, but at the same time more interesting; the second this installment in the re-booted "Batman" series was over, I wanted to start watching the next one. 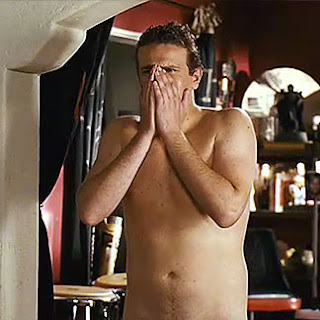 2. Forgetting Sarah Marshall
Why is it that Judd Apatow is the only person left in Hollywood capable of producing a romantic comedy that doesn't completely suck? I think Apatow could put together a movie that even Kate Hudson would be good in, and Kate Hudson stands about as good a chance right now of ever appearing in a good movie again as I do of finding a unicorn with a solid-gold horn and big, beautiful tits on my doorstep tomorrow morning. This flick is sweet without being saccharine and funny without seeming to try way too hard for it, which by itself is amazing. Even my mom liked it, though she did wonder why they had to show Jason Segel's cock in it so much. I told her it was to demonstrate his weakness and vulnerability relative to the women in his life. That, or Jason Segel really just likes having his junk out in public. Either way, I can sympathize.

1. WALL•E
One of the most beautiful movies I've ever seen, but movies don't nearly bring me to tears based on aesthetics alone. Yes, I nearly cried at the end of this movie. Nearly cried like a big dumb homo! Movies like this are why the "Best Animated Feature" category in the Oscars ticks me off, because movies like this should be getting hyped for best picture of any kind, not slumming it in a toss-off category with "Kung Fu Panda."

Oh, and the worst movie I saw last year? "Indiana Jones and the Kingdom of the Crystal Skull." Seriously, I'm surprised George Lucas doesn't have a bounty on his head at this point. Your own Random Tens, along with your lists of best (or worst) movies, are welcomed in the comments.
Posted by Astronaut Mike Dexter at 8:42 AM

Email ThisBlogThis!Share to TwitterShare to FacebookShare to Pinterest
Labels: blogs that are better than mine, Friday Random Ten, movies

FYI, Apatow isn't the only one making decent comedys... IMHO "Role Models" was the best comedy of last year by leaps and bounds, followed by Tropic Thunder, and neither of those were Apatow productions.

And Wall-E was probably the most dissapointing film of the year to me, simply because the first half of the movie was 100% full on cinematic brilliance and perfection, and then, despite a few stunning sequences, it started throwing the film's message right in our face. Had they not shown a single human over the course of the entire movie, I have no doubt it would be my favorite film of the year too. Oh, and see "Doubt", "Let The Right One In", and "Milk".

I just saw Milk (which should make the cut) and at the very least, I am needing to see Doubt and Let the Right One In.

Here's a hint to one movie my list will definitely include: it rhymes with "Bambo."

Boy, you are right about "Crystal Skull." South Park's episode with Spielberg and Lucas raping Indiana Jones seems benign when compared to the horrific atrocity that was put on film.

If you want to rekindle warm feelings for Dr. Jones and the Raiders saga, check out the 120+ page transcript of a story meeting with Speilberg, Lucas and screenwriter Lawrence Kasdan. (I think you can find it here http://tinyurl.com/aum42e, or through google). It's amazing that back in the day, Lucas is actually the one with the cogent ideas and vision of what the story and characters should be. (though evidently, having sex with a really underage Marion was cool a couple of decades ago).

In no particular order:

5. Wanted. Loved it.
4. Dark Knight. Actually disappointed me in a lot of ways, but still a rockin' good movie.
3. Hamlet 2. So funny. You see, I hate Aptow and his poorly written female leads, so I look elsewhere for comedy.
2. Hellboy II: The Golden Army.
1. Tropic Thunder.

Honorable mentions: *The House Bunny just because Ana Faris is the freaking bomb, quite possibly the best comedienne around.
*Futurama: The Beast with a Billion Backs
*Iron Man

I saw Wall*e with the wife and kids and thought it was brutal -- somehow managing to turn 1.5 hours into what felt like 20. Perhaps I am punishing it too harshly due to the reality vs hype ratio.

2008 was a really weak year, especially in comparison to '07 which was freaking stellar. My top 5 (moving to south america has seriously cut down on my viewing):
5) Slumdog Millionaire
4) WallE
3) In Bruges
2) The Dark Knight
1) The Wrestler
*The Diving Bell and the Butterfly would be #3 , but I think it technically came out in '07.

I didn't see the remake of Funny Games. The original's enough of a horrorshow. I'm certain it would've made the Worsties list, though.

Stumbled over here via Holly linking Ayn Rand take-down (brilliant), found this post, and must 1) Corroborate on the horror that is Funny Games (avoid if you like life), and 2) Comment in the wrong post on Billy Crudup's dick or Jason Segal's dick, etc.....

Seriously, The "Thing" or "Thing" Tumblr (not exclusively limited to dick)!

Life Is About Choices.