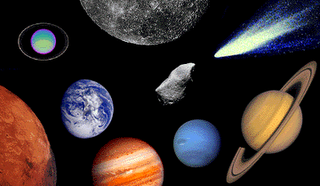 SaturnRulz: i guess, 1st you have to get a really big gravtational pull

JuPiTeR: umm i thought this was for planets only

pluto: what r u talking abuot?

SaturnRulz: dude your not a planet, your orbits all fucked up

pluto: it's not fucked up, it's eccentric

pluto: NO, my orbital nodes are outside neptunes orbit, its just that my orbit is inclined relative to yours

pluto: oh so i guess youre only cool if youre in the plane of the ecliptic huh?

JuPiTeR: yeah why dont you go play in the dwarf planet chat room

pluto: IM NOT A DWARF

pluto: FUCK U I;M A PLANET

SaturnRulz: why r u yelling?

SaturnRulz: dude your moon is almost as big as u r

JuPiTeR: yeah i got 4 moons bigger than you

pluto: your moon is teh suxx0rz

SaturnRulz: nice try, why don't you go back to playing w/ the Lolipop Guild

MARS_BITCHES: u got knocked the fuck out man

pluto: FUCK YALL, IM A PLANET, AND NOBODY CARES WHAT U THINK CUZ MOST OF U ARE JUST GAS ANYWAY, YOUR LIKE GIANT ORBITING FARTS SO YOU STINK, SO FUUUUUUCK UUUUUUUU

JuPiTeR: yeah but you know, i feel kinda bad 4 him now

SaturnRulz: did he just call us giant orbiting farts?
Posted by Astronaut Mike Dexter at 6:59 PM

Truly. I'm cracking up. It's right up there with "Oval Office Space," which is also fantastic.

High-larious. Thanks for the laughs.

I hate to add on to the Doug BJ, but that was your best post ever. Except that it's spelled "ya rly."

THIS is why the internet was invented! Probably the funniest thing you have ever written.

And, BTW, Tech is still teh suxx0rz!

I bow to skill far defter than my own. (Hell, I even stole that line from someone else.)