I gotta admit, though I'm clearly not a fan of Joe Lieberman, I always kinda thought he was too friendly and mild-mannered to pull stuff like this. On the other hand, it certainly does tie into my perception of him as someone who thinks he's just owed re-election to his Senate seat, but more to the point, it jogged my memory of who he really looks like: 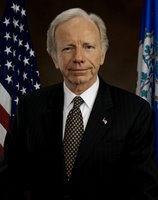 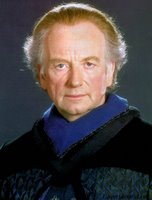 Of course, follow this to its logical progression and the comparison kind of breaks down . . . 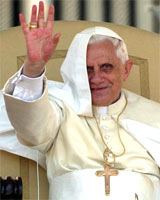 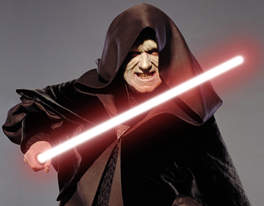 . . . because I'm pretty sure Joe Lieberman, for whatever reason, is never going to become Pope. It's probably because he's American. I just don't think the Vatican is ready for a Pope from the United States.

(Yeah, I know I'm probably not the first person to have ever made that comparison. But I'm probably getting excommunicated for it anyway. So laugh already.)

Anyway, Lieberman's opponent, Ned Lamont, has a döppelgänger too, and it should be familiar to anybody who watches "Scrubs": 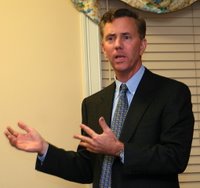 "Okay, think of what little patience I have as, oh, I don't know, your Senate seat. You always thought it would be there, until that night in 2006 when you were feeling a little down about yourself and your pal George W. Bush, who just wanted to be friends, well, he dropped by and he brought a copy of 'About Last Night' and a four-pack of Bartles & Jaymes and woo hoo hoo, it was gone forever -- just like my patience is now." 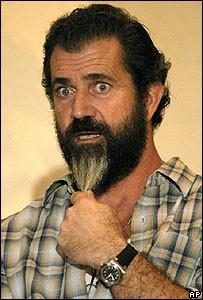 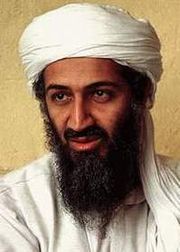 All right, enough of this stupidity. Here's the Ten:

Your own random ten(s) and/or suggestions for other Separated At Births in the comments, por favor.
Posted by Astronaut Mike Dexter at 7:54 AM

Plus, it's now fashionable to be excommunicated. It doesn't carry the same weight it did in the Iron Age, yet you're still in the spotlight.