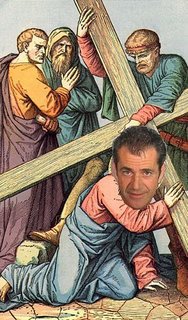 Yeah, I know, I'm going to hell for this. Still, I've had a pretty good run.

· Here, from the New Yorker, precisely what Mel Gibson deserves.

· Here, George Will admits that, uh, well, remember all that crap during the '04 election about how John Kerry wanted to treat terrorism as a "law-enforcement problem" and not as, like, a military problem? Remember that? Well, uh, turns out Kerry might've been right.

· Saturday night I was in Columbus with Baby Sis, luxuriating in my parents' beautiful centrally-air-conditioned home so that I didn't have to spend the entire weekend being steam-cooked in my own apartment, and we went to see "Clerks II." We were "joined," so to speak, by two women who brought their toddlers to the film, evidently because they thought that actually finding a babysitter would deprive their children of valuable education in the world of unnatural, and in some cases bestial, sex acts. I could go on with this rant but am unlikely to do any better than what my sister has done here.

· On an oddly similar note, The M Zone's Yost muses on the wonderfulness of Playboy's college-football preview issue. Hint: It involves naughty cartoons and "peek-a-boo panties." 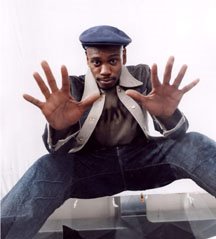 Better not bring yo' kiiiids!

· Also courtesy of M Zone, here's one reason why you don't fuck with UGA students. Certainly not in line at McDonald's, in any case. (How the hell did I miss this story? It wasn't anywhere to be found in my last alumni magazine.)
Posted by Astronaut Mike Dexter at 8:22 AM

C'mon Doug, you're NEVER too young to learn of the dangers of ass-to-mouth.