The University of Georgia, where the right to party is fought for. And won. 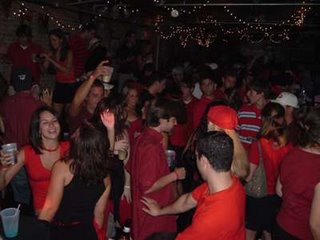 We don't do everything well. But we do some things extremely well.

The Princeton Review has released its 2007 best colleges rankings, and as usual, Georgia has made a sterling showing in that most important of rankings, the best party schools. Georgia ranked #12 in the country, a slight drop from last year when we made the top 10, but still, considering that our university president is spending most of his time these days implementing "family-friendly" (read alcohol-free) tailgate zones and trying to erase the "World's Largest Outdoor Cocktail Party" nickname from our consciousness, we should probably be impressed that the ranking didn't fall any further than it did.

Georgia ranked high in a number of other categories worth mentioning, including, but not exclusive to:

· The "Best College Newspaper" list, which is particularly dear to my heart considering that I spent the better part of three years annoying students and administrators alike as a writer and/or editor for that newspaper, The Red & Black. The R&B ranked number six in the country. I'll take it.

· The "Lots of Hard Liquor" list, where we came in at #10 (and tops in the SEC East). Personally I'd rather make that list than the "Lots of Beer" list, if I had to choose.

We also made some less desirable rankings, "Dorms Like Dungeons" being chief among them, but . . . well, I can't say it's inaccurate.

Some other interesting stuff I learned -- our rivals in Atlanta, the ones who always like to talk about how much smarter than us they are, in fact have a lower average GPA than we do and have an average ACT score only one point higher than ours. It is also worth pointing out that Auburn University, despite having allegedly reached "the top of the nation" academically, is still below Georgia in terms of average GPA and average SAT and ACT scores. (Although they do apparently have an outstanding library.) 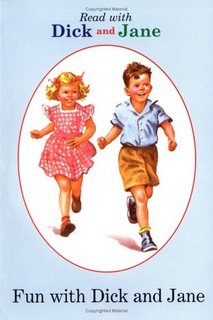 I guess they ranked the libraries based on how many copies of this they had lying around.

As for the categories of "Hottest Girls" and "Biggest Assortment of Places to Cure a Raging Hangover Within Staggering Distance of Campus" -- both areas in which Georgia also would've excelled -- I guess the Princeton Review didn't get to those. Next time, Princeton Review, next time.
Posted by Astronaut Mike Dexter at 1:48 PM

The University of Georgia seems like a nice place to spend collge, aside from the caliber of educational quality the parties look awesome. The stats you have in your article reflect whatever fun the people in the campus have.

That almost sounds like a haiku. I'd title it, "I Hate Michael Adams."