The Friday Random Ten +5 goes searching for a new president (no, not like that).

Yesterday I read a story saying that Georgia Gov. Sonny Perdue -- yes, good ol' pray-for-rain Sonny -- was angling to become the next president of the University of Georgia once Michael Adams retires. At the time, I thought it was just a joke, or a rumor blown out of proportion, but then I read it on Blutarsky's site this morning, and now I have to assume it's legit. Look, I'm sure Sonny's a nice guy, a great granddad, yada yada yada, but -- how do I put this politely? -- the guy's a hayseed, and I say this as a lifelong Southerner who's never resided north of Lynchburg, Virginia. And if he won't even give individual counties the right to decide for themselves whether they can sell alcohol on Sunday, you think there's a chance in hell he'd leave the World's Largest Outdoor Cocktail Party alone any more than Adams did?

Making matters worse is the fact that Perdue appears to be angling to make this deal a two-fer: He becomes UGA president, Adams becomes chancellor of the entire university system. Nope, sorry, no thanks, no dice. Not in a box, not with a fox, not in a house, not with a mouse. The day these two jagweeds take over higher education is the day I start telling everyone I went to Duke. And I can think of at least five people right off the top of my head who would make better university presidents than fricking Sonny -- which is such a coincidence, because today's Friday, and that means this week's +5 is Five People Who Would Make Awesome Presidents Of UGA: 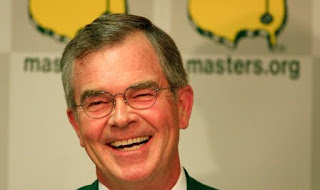 Billy Payne
Got both his undergrad and law degrees from UGA, did all right with the 1996 Olympics. Shouldn't he be doing something more socially significant than serving as chair of Augusta National? 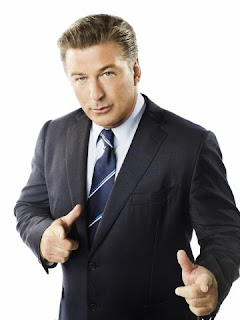 Jack Donaghy
OK, yes, he's a fictional character, but man, what a great university president he'd be. He'd bring superior managerial and entrepreneurial skills to the table, and unlike Michael Adams, he'd maintain an appreciation for some of UGA's non-strictly-academic-related assets -- top-notch drinking, ridiculously profitable sports teams, and superior tail, just to name a few. This is the kind of balance I think would be important in a new president. 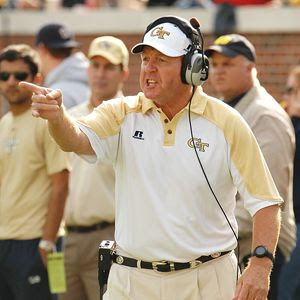 Chan Gailey
Kind of an out-of-left-field candidate, I grant you, but every time he's been in a position of power in the state of Georgia, it's been good for UGA, so I figured . . . 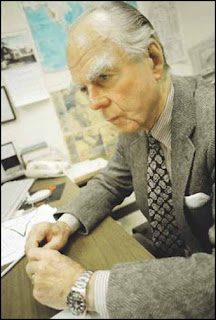 Conrad Fink
Good ol' Fink was my favorite journalism professor when I was at UGA. He's a non-shit-taker even in the best of times -- seriously, the picture above only gives you a tiny taste of what it's like to have him staring you down from the front of a classroom -- and was the head of the AP's Asia bureau during the Vietnam War. He's had bullets whizzing over his head in rice paddies, for fuck's sake. You think he'd let pissy boosters or brain-dead state legislators talk any shit to him? 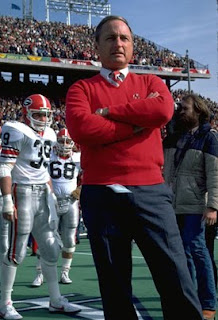 Vince Dooley
His devotion to the university should be pretty well taken as a given by now, and the athletic department's tremendous success under his direction should give a clue as to his administrative abilities and talent for planning for the future. And man, what an awesome fuck-you it would be to Adams. I'm not going to say that's the only reason I'd push Vince for this job, but it's up there.

Your turn: Random Tens and/or noms for next UGA president go in the comments, folks.
Posted by Astronaut Mike Dexter at 9:59 AM

Email ThisBlogThis!Share to TwitterShare to FacebookShare to Pinterest
Labels: Friday Random Ten, georgia bulldogs, people and things that are dead to me, teh suxxorz

Based on your Lego obsession...

Billy Payne?! If you think he did okay with the 96 Olympics, you ought to ask the 30K people that were displaced/evicted from their homes--or the 9,000 homeless folks that were either given one way bus tickets out of town or illegally imprisoned in the city jail. Between that and lying about no public funds (really it was like $500M in public funds) going to the Olympics, the man is a weasel.

Historical perspective: when I entered UGA lo these many years ago, Fred Davidson was the President. He was a veterinarian by degree, and my professors tended to refer to him as "Fred the horse doctor". So I, as an unsophisticated freshman thought he was a pompous boob. I was right, but pompous boobs can make good Presidents, if they can raise money, and then apply that money in the right places. If Sonny were to gain the Prez post, we would be pilloried in academic communities initially, but if he raised money and started offering big money to big time academics, the same people pillorying us would be deciding that "there is a lot of good to be done in Athens".

I would be a lot more worried about Michael Adams as Chancellor than I would be about Sonny as Prez. All that said, do not take this to mean that I would be in favor of any of the possibilities except for MA leaving; I am just saying it might not be the end of the world.

+1 for the Gailey observation. Almost spit my drink through my nose when I read that one.

I would gladly head up Fink's campaign, if only I didn't believe he'd either rip out my throat or continue to make me feel bad for just writing "entertainment fluff."