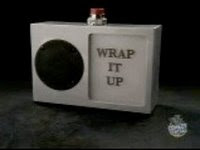 The BlogPoll balloting will continue through the conference-title matchups this weekend and all of the bowl games, but the SEC Power Poll is wrapping up just in time to see Georgia sink into fourth place (on my ballot, at least) after chowing down on Roddy Jones's dust in Sanford Stadium. Toasters of Southern California, you have all dodged a bullet, make no mistake.

Games watched: The second half of Ball State-Western Michigan, every last miserable second of Georgia Tech-Georgia (OH HOW I HATE PUTTING GEORGIA TECH FIRST), most of Alabama-Auburn, USC-Notre Dame in person.

· Not much movement in the top 10, though I did flip-flop USC and Texas Tech -- SC romped all over Notre Dame on both sides of the ball without appearing to break much of a sweat, while TTU had to come from behind to beat Baylor at home. Post-Oklahoma hangover, maybe, but that was still a subpar performance.

· Biggest luh-hoo-zers of the week: Missouri, who lost to a mediocre Kansas squad; Georgia, who found that substituting shoulder-bumps for tackles is a terrific way to lose to Georgia Tech for the first time in eight years, particularly when said Tech team is no longer coached by Chan "Beige Alert" Gailey; and Oregon State, who were on their way to the Rose Bowl before getting Sonny Corleone'd to the tune of 65 points by Oregon. 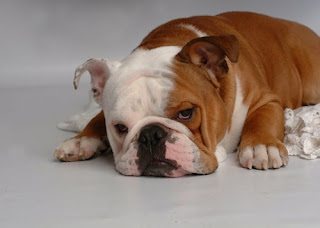 · The Ducks, correspondingly, get launched back up into the low 20s; Boise State, Georgia Tech, and Ole Miss all move up as well . . . and all of them beat Bulldogs last weekend. Combined with Louisiana Tech's heartbreaking loss to Nevada, it was an inauspicious weekend to be a Bulldog, to say the least.

· For the first time in what feels like weeks, a whole fistful of never-really-all-that-deserving-flotsam in the high teens/low twenties didn't lose en masse, but we do bid two teams sayonara. The rain could not stop the Florida Gators and neither could Florida State, so the Seminoles get broomed, along with West Virginia, who added another thrilling chapter in the annals of Bill Stewart's Greatest Coaching Moments by losing the Backyard Brawl to Pitt. Replacing them: the aforementioned Ducks, and Iowa, because . . . because I don't know, all right? FROM YOU! I LEARNED IT FROM WATCHING YOU!!

And the final SEC Power Poll ballot of '08: 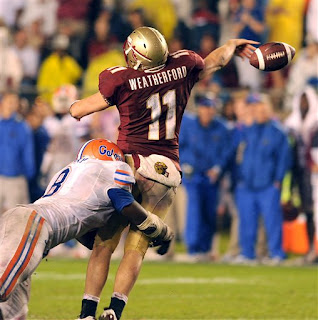 1. Florida -- The fact that the Gators are favored by nearly double digits at a neutral site against the consensus #1 team in the country should tell you just how dangerous the rest of the country thinks they are. I might actually be worried about the possible absence of Percy Harvin if I didn't know from first-hand experience that they have about 27 guys in their offensive backfield primed to do every bit as much damage.

2. Alabama -- If this team were coached by anyone but Nick Saban, I doubt I'd give them a chance of knocking off the Gators. But I'm betting Saint Nick has some very nasty defensive goodies in his sack.

3. Ole Miss -- It's hard to call them a potential division title contender with Bama looking so dominant, but they look like a pretty consistent contender for runner-up honors unless someone steps up to take it from them.

4. Georgia -- You just knew the godawful tackling was gonna lose a game for them eventually, and it did. Maybe this is a team that, like Auburn '04, is going to rise up to claim its dream season a year after everyone expected, but they're going to have to re-learn a substantial measure of toughness to make that happen. 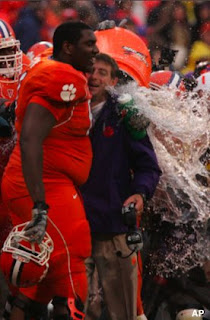 5. South Carolina -- Y'all just got whupped by a coach who goes by "Dabo Swinney." The great Gamecock renaissance is happening when again?

6. LSU -- In the first quarter, they let Nathan Dick -- yes, Nathan -- look like Kurt Warner circa 1999; in the fourth quarter, they let Casey do the honors. Is that any way for a defending national champion to act?

7. Arkansas -- Who knows, one or two more plays against Missy State and these guys would be in a bowl game. The rebuilding project isn't there yet, but you can definitely see the wheels turning, and if I were a defensive coordinator in the SEC West, that'd scare the crap out of me. 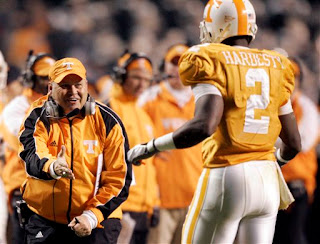 8. Tennessee -- OK, so it was Vanderbilt and Kentucky, but they're both going to bowls, and the Vols beat both of them soundly. Just think, if they'd figured out a way to play like this two months ago, Phil Fulmer might still have a job.

9. Vanderbilt -- I'm so done with this team. They go 5-0, then they start playing like a bunch of stiffs, they get bowl-eligible by beating Kentucky just soundly enough to re-inspire some confidence in them, then they get handled by two eminently beatable teams. You know what, Vandy? You're gonna lose your bowl game, and I'm probably gonna be a douche about it.

10. Kentucky -- Kind of fell apart under the weight of some critical late-season injuries, but Rich Brooks still managed to put together a way more respectable season than anyone predicted.

11. Auburn -- I'm generally not a fan of the whole embattled-coach-unloads-assistants-to-save-his-job strategy, but if any team was ever begging for it, it's the Tigers. If the coordinator changes but the offense still sucks, could it be that maybe, just maybe, the coordinators weren't the problem after all? 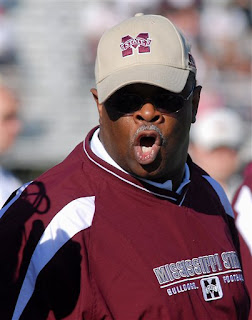 12. Mississippi State -- If ever there was a cause for a Crooming, it's losing 45-0 in the Egg Bowl. But if Croom did it to himself, is it still a Crooming? Can there be such a thing as getting auto-Croomed?
Posted by Astronaut Mike Dexter at 7:48 PM

Welcome back to the South, Doug. Have you decided on which game you will attend next year? Maybe Ball State v. Central Michigan? Nawww j/k! Seriously though, you should head to Dallas for the Red River Rivalry - I believe they will be playing at the new Chateu de Jerry Jones.

Nope. Cotton Bowl was renovated specifically to keep the RRS at the State Fair (and I have to admit... it looks pretty damn good). The actual bowl game, however, will be moved to Chateau de Jerry Jones (also pretty sweet), as well as a ten-year series between my Hogs and A&M.

As for whether or not I think Doug should attend the RRS, I say hells yeah. Besides, if you're looking to get out of SEC country for a big-time, historic rivalry game played on a national stage, I think you may be all out of options.

Two bad halves and another quarter, Are the bulldogs going to take another season with refs calling bullshit over refs making some sort of idiotic point about the celebration? Has Asher Allen actually been guilty of interference once this year? Nope. Not on the ones they called. Two of then were blatant offensive interference. The phantom holding call followed by the grounding call stole a touchdown.

There is no doubt refs called bullshit against UGA all year. It was fucking obvious, it was well timed, and it was refs retaliating for the celebration. And ya know what, it started with the ddouble penalty on the celebration, that was purely bullshit


Refs called weird shit this whole year.The center was called repatedly for adjusting the football. Bullshit ref. Did Asher commit interferemce on any play he eas called for it? NFW. It was pretty clearly offensibe interference at least twice.

So what? Are we out of the ref doghouse after they cheated like bastards against us for an entire year?

Why did they come down on Asher Allen? He didn't commit interference, period, and he was interfered with, quite clearly, twice. This was bullshit. Bad calls on puerpose. The refs cheated, and that's a fact.

They thought they'd been stood up. They made the horrendously bad call with te two penalties.

Can we forget about next year? We'd evveb forget the roughing the passer calls that
tch got away with. And pretend that was a level playing field.

Yep, Red River Rivalry is on like the proverbial Donkey Kong for next year's trip. I probably better start scouting tickets now, though, since between the fact that both UT and OU will likely be in the top 5 at that point and the fact that the 'Horns will be gunning for apocalyptic revenge for getting muscled out of this year's B12 title game, that's likely to be the Holy Grail of single-game tickets in 2009.