The Friday Random Ten+5 really raked it in this year.

Sorry for the relative lateness of this Random Ten+5 -- I've spent much of the day sleeping off Thursday's gift-wrap-shreddin', present-openin' excitement, not to mention numerous helpings of holiday wassail. (Know who makes awesome wassail? George Dickel. I'm just saying.) Now, as I've already admitted, the Lego Taj Mahal was not sitting underneath the tree when I lumbered downstairs Thursday morning, but I can't really complain, given that I've gotten much more than my share of awesome presents during my 30.5 years on this planet (plus it's not like I can expect my parents to feed my Lego habit at quite the same rate they did when I was 9). I've looked back over my most vivid Christmas-morning memories and picked out some of the best loot I've ever received, and this week's +5 is the Five Best Christmas Presents I've Ever Gotten. 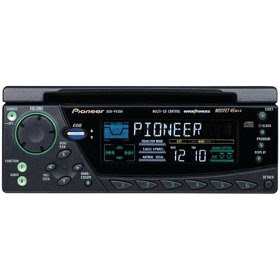 In-dash car CD player (1996, I think)
The first brand-new car I ever owned was a Chrysler Neon in 1995, which was just about the time when CD players started becoming standard equipment on mainstream automobiles. They hadn't quite trickled down to Neon level, though, so I made do with a tape player for about a year and a half before the folks finally broke down and got me a CD unit that would match the absurdly large stereo openings typical of Chrysler dashboards of that era. This CD player rapidly achieved notoriety amongst my group of friends for having a totally over-the-top equalizer display that had to have been designed by an engineer who was once the world's biggest and most devoted fan of "Knight Rider." 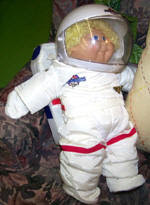 Cabbage Patch Kid astronaut (1985)
The special-edition "astronaut" series of Cabbage Patch Kids came out at a time when the popularity bell-curves of both Cabbage Patch Kids and the space program were miraculously hitting their glorious peaks simultaneously; my brown-haired little boy came with a space suit, EVA pack, and helmet, all of which I had ambitions of wearing as an astronaut myself someday. About a month later, the Challenger blew up on live national TV, and it probably wasn't much longer after that that Cabbage Patch Kids went from "must-have toy" to "Jeopardy question," but still, it was a nice run for both of 'em while it lasted. 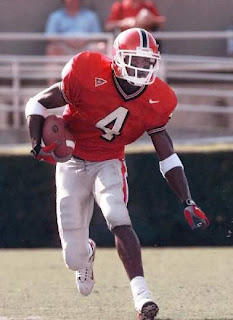 #4 Georgia jersey (1998)
These days, you can only get a replica UGA jersey if you want a #24 or a #7, but back in the day you could get a #4, which just happened to be my birthday, my lucky number, and the number of my favorite Georgia player, two-way demigod Champ Bailey. The lucky jersey made its debut at the 1998 Peach Bowl, in which Georgia stormed back from an early 21-0 hole to beat a ranked Virginia team, and achieved a 68-22 record (0.756) over the ensuing decade's worth of games. (Yes, I kept track. How else would I be able to determine whether it was lucky or not?) 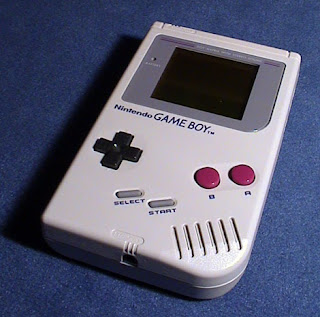 Game Boy (1989)
I don't exactly have a great track record of getting cool electronic gadgets before everyone else gets them -- in fact, I think that track record is pretty much limited to the 3G iPhone and this, which my parents were kind enough to bestow upon my undeserving ass back when I was in seventh grade. This made me just the second (as opposed to, say, 27th) kid in my neighborhood to get one, and I quickly developed a fearsome reputation for schooling punk suckas who acted like they knew at Tetris (via the Game Link cable that let you play such games head-to-head with fellow Game Boy owners, which I'm sure was like the absolute pinnacle of video-game technology back in the late '80s). 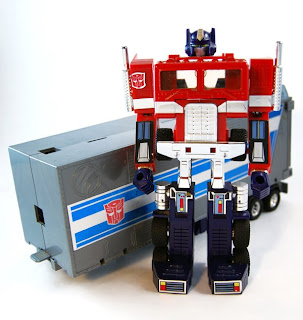 Optimus Prime (1984)
Everyone has that first special childhood toy that they can specifically remember lusting after, and this was mine. It was the start of a Transformers collection whose value probably grew into the thousands of dollars by the time I got old enough to turn my primary attention from toys to chicks and cars, which is a saga that I'm sure will be familiar to my male readers of a certain age. (Remember when "Transformers: The Movie" came out in 1986 and an entire nation of little boys was reduced to quavering tears by the "death" of Optimus Prime? In a weird, calculated way, that movie was the "Brian's Song" of our generation and we all know it.) Anyway, I've dug back through my memory banks and just haven't quite been able to come up with any holiday memories that quite top the excitement of tearing this bad boy open on Christmas morning. Optimus Prime rocked, period.

And now the Ten, courtesy of Mr. iPhone:

Your turn, kids. Let me hear your fondest memories of Christmas loot (and your Random Tens) in the comments, assuming you're not too busy riding your Big Wheels up and down the driveway.
Posted by Astronaut Mike Dexter at 4:53 PM

Um, dude - maybe not many people have read this yet. You might want to do some quick editing. Because, uh, Cabbage Patch Kid? I'm pretty sure at no point it was acceptable for a boy to own a Cabbage Patch Kid.

Switch it to Astronaut He-Man, pronto. Nobody will remember that didn't actually exist.

As the punchline to an old joke goes, "Damn, I don't believe I'da told that."

I'd like a Robert Edwards jersey from the Pats. Before they abandoned him.