A memo from the desk of Arnold T. Pants, Esq.:
Those who stay will be mildly amused.

· Let's face it, people: Statistically, 95 percent of you out there are probably disappointed to some degree with the bowl bid your team did or didn't get. So what better way to salve that disappointment than by participating in further competitive endeavors requiring you to predict the outcomes of bowls far more prestigious than yours?

Yup, Hey Jenny Slater is sponsoring an official Yahoo! College Bowl Pick'Em group, and you're all invited. (Except you. Yeah, you. You know who you are.) To join up, go to this link and enter group ID number 25595 and the password "croomtastic." And ta-da, you're part of an exclusive group consisting only of the millions of people who have nothing better to do! You pick each bowl and assign a confidence number from 1 to 34, you accumulate points with each game picked correctly, whoever has the most points after the BCS National Championship Game is played wins absolutely nothing. Sign up today!

· While you're ruminating on the bowl matchups, you can also take a look at every ballot submitted in the last coaches' poll here and see exactly where each coach ranked each team. The only voter not to include Georgia anywhere in his top 25? Oregon State's Mike Riley. Weirdly enough, though, Mark Richt didn't include the Beavers in his ballot, either. Maybe Richt and Riley hated each other as children; your guess is as good as mine. Other balloting follies can be read about and mocked openly at Simon on Sports. 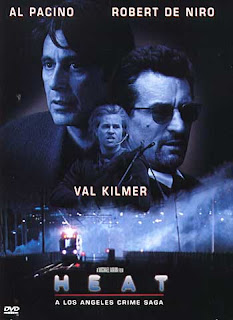 · A commenter to my Christmas-list post pointed out that the link to my Amazon wish list was incorrect, so here's a new link that should do the trick. I'm not one to place an inordinate amount of emphasis on material goods, but if you were really my friend, you'd buy me stuff. Just saying.

· Josh has a highly insightful guide as to what you should do and not do when conjuring up a Facebook status update. I think J-dog is being a little dismissive of MySpace, though. It's not just "for preteens and Pedobears"; it's also for bored housewives who want to drive their daughters' middle-school nemeses to suicide. Durrr!

· Video 'splosion! First, bumper cars with real cars, otherwise known as one of the main reasons I don't live (or drive) up North:

And here's a highly overcaffeinated (and profane) TV producer using some highly inappropriate (and, from the looks of things, highly on-air) language toward MSNBC's Contessa Brewer, my new future TV newsanchor girlfriend now that Melissa Theuriau done had to go get herself murried and whatnot.

Whooooaaa, you f%$# with Contessa Brewer, you bring down the full force of the entire Hey Jenny Slater p.l.c. global conglomerate down upon you. Check yourself, bitch.
Posted by Astronaut Mike Dexter at 8:31 PM

Doug, I know you're more of a football than a basketball guy but how are you going to pull on Dec. 20th? Georgia Bulldogs vs. the Wofford Terriers! This will just cause you heartbreak no matter what. I urge you to lock away all of your small appliances. However if you want to come to Athens to see the game I'm sure it would be alot of fun to watch with my wife and I.

The bumper cars click wasn't an example of driving up north, Doug - it was from Portland OR (the TV station is from Seattle, so I'd guess they would not show Portland Maine). Think of your cuz Rob!

Well, see, I'm looking at this from the viewpoint of Alabama, and down here we consider anything north of Washington, D.C., or west of El Paso, Texas, as "The North." So Portland qualifies on both counts. People in Oregon aren't necessarily Yankees -- well, actually they probably are -- but they definitely live in The North.