I'm a consultant and I'm here to help: the Auburn coaching search.

The college-football regular season is just about over and the bowls are still a couple weeks off, so we're in that Silly Season in which the coaching carousel is spinning like fricking crazy and schools are cravenly hunting for the next Great White Hope who will massively disappoint them a few years hence. Some, like Tennessee and Washington, have already made splashy hires; others, like Kansas State, have selected retreads so head-scratching that their athletic directors might as well have made the announcement wearing an "I'm Content To Go 6-6 Every Year And Cross My Fingers For The Independence Bowl" T-shirt. (And still others, like Clemson, fired their coach before the season was even half-over so that they'd get a two-month jump on everyone else to find their dream guy, only to end up with someone who goes by "Dabo.")

But some schools have yet to pull the trigger, and it is for those wayward programs that Hey Jenny Slater Consulting p.l.c. is humbly submitting a series of suggestions for their ideal head honchos. And yes, after witnessing a consultant's branding presentation at my job earlier this week, I've decided that the whole "consulting" gig is definitely something I want in on. Six figures to tell people stuff they already know for a couple hours at a time? Sign my ass up, brother.

Anyway, we'll start with a big-name SEC program that's near and dear to my heart, partly because I have to drive right by it on my way to visit my parents in Georgia, partly because I've dated a string of alumnae from this institution that defies explanation. 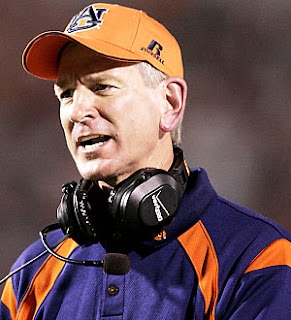 Previous coach: Tommy Tuberville.
Fired because: He apparently did some mescaline round about the first week of December 2007 and decided "I'm going to switch to a spread offense," a decision whose randomness and myopia rivaled the Bush administration's hard-on for Iraq in the wake of 9/11. Proceeded to go 5-7 (2-6 SEC) and bring his 6-0 run against Alabama to a thunderous, Phantom-jet-into-a-concrete-wall halt, sending a clear signal to the world that the Auburn program was preparing to bend over for the Tide for years to come.
What they need:
• A splashy hire with enough celebrity oomph to steal a little bit of Nick Saban's thunder.
• Someone's who's willing to work, at least temporarily, in the shadow of another name-brand program.
• An innovator who will respect Auburn's run-first, defensive-minded tradition while modernizing it in a few critically needed areas. 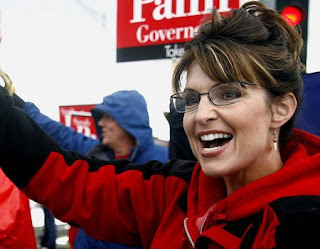 Sarah Palin
An energetic, relatively young, outside-the-box leader who has made more out of being a second banana than perhaps anyone in the nation. Will immediately inject some excitement back into a struggling program; her off-the-charts Q rating amongst red-staters will immediately put Auburn back on a par with Alabama in terms of statewide, if not national, relevance. Strong on defense, or at least claims to be, and can deftly navigate the thorny tradition-vs.-modernization dilemma by publicly claiming to have said "thanks but no thanks" to the spread offense while secretly implementing a number of aspects of the spread in her offensive playbook. Also much hotter than Nick Saban.
Caveats: Will probably attempt to compensate for her near-total lack of experience by claiming that she's an offensive mastermind because she watched a New England Patriots game once. So-so at best in press conferences. A calculated risk for pursuing another higher-profile job after three seasons.

Next up: Mississippi State, who at this point will probably hand the office keys to the next able-bodied individual who crosses the Oktibbeha County line.
Posted by Astronaut Mike Dexter at 4:22 PM

Will they add "Pit Bulls" to their ever expanding roster of mascots?

She will also trash talk Tide fans: "Those guys are jerks!"

Oh, how I would love to see your recommendations/column in the Post - though I do not know who you should replace - Wilbon? Great stuff!!!

Who's going to replace Richt at UGA?

Since you opened the door to a political discussion...
Notice how the incoming administration is starting to look and sound like the current administration? Where's the "progressive" agenda?

I'm so happy about Obama/Biden!

Interestingly true:
Raising taxes on the wealthy is off the table.
We'll be in Iraq through 2011.
Doesn't look like Gitmo's going anywhere.
Wiretapping won't change.
Record spending.