We're only a few weeks from that glorious time when football season rolls around and this blog shifts over to a clean-burning mix of 50% political/pop-cultural ranting and 50% declarations of how your team, simply by not being the Georgia Bulldogs, sucks out loud.

In due time I'll be joining in with the usual Blogpoll and roundtable shenanigans, along with R-rated trash-talking and all the other stuff you've come to know and hate. I'll also be doing an in-depth preview of the coming Georgia season, which is a bit of a leap of faith for me. Last year I did previews of the entire SEC, broken down into Eastern and Western divisions, which included predictions that the Dawgs would go 10-2, finish second in the East, and beat Kentucky and Vanderbilt; these predictions turned out to be wrong, wrong, and super-duper-hella-galactically wrong (respectively). Now, you might think that I would've been chastened by that misadventure, but that doesn't look like it's going to be the case -- in fact, I'm throwing caution to the wind and previewing the Georgia season game-by-game, including stabs taken at educatedly guessing whom I think will win. Tempting fate, you say? Probably, but whatever, man. If God hates me enough to change the outcome of football games solely to counter my prediction of what would happen, then clearly I've got bigger problems than football.

So anyway, the 2007 Risking the Wrath of God Georgia Preview will begin in a few days with Oklahoma State, with other games being posted in due time, i.e. whenever I fricking get around to them -- and here's where I can use your help. If you're a fan of a team Georgia plays this year and you want to counter my dumb-assed prediction with your own prognostication of how the game will go down, e-mail your scenario to me at heyjennyslater.blog (at) gmail, and I'll include your thoughtful, tastefully considered counterpoint in that team's preview. I've already got people lined up for Alabama, Ole Miss, Auburn, and Georgia Tech; if you're a fan of any of the other eight teams on our schedule, even Western freaking Carolina, send me your stuff. Try to be as funny as me. You won't be, but I'll still appreciate the effort.

Also coming soon: In the month leading up to the start of the college football season on August 30, I'll be putting up the 25 Biggest Plays of the Mark Richt Era one by one. I'll ruin the suspense right now and inform you that George Foster dry-humping a Florida D-lineman in the 2002 Cocktail Party will not be on there, but if you have any suggestions other than that, e-mail them to me or put 'em in the comments.

So that'll all start soon, but in the meantime, to tide you over, I wanted to help all of you SEC football fans, no matter which team you root for, get pumped for the 2007 season. In the spirit of the 2006 CFB-Award-nominated Georgia vs. Georgia Tech "Successories," here are your motivational affirmations. Enjoy, dillwipes! 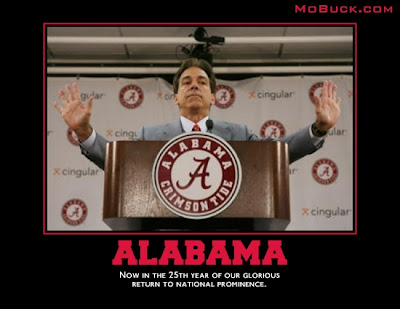 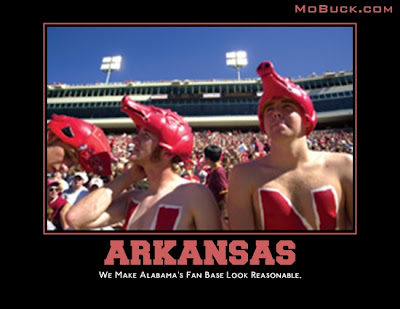 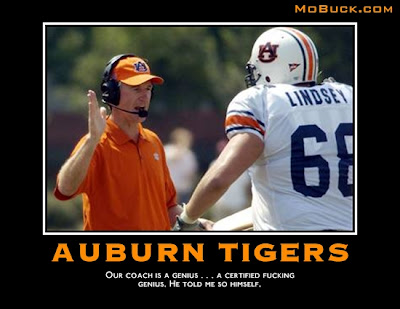 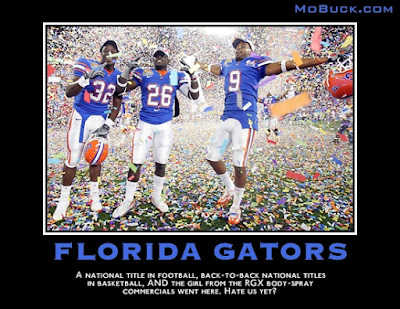 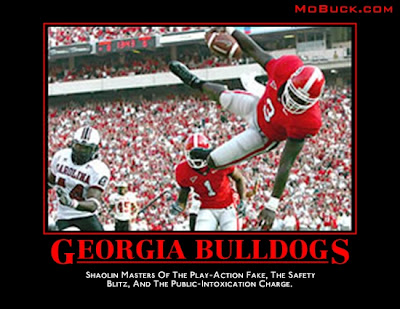 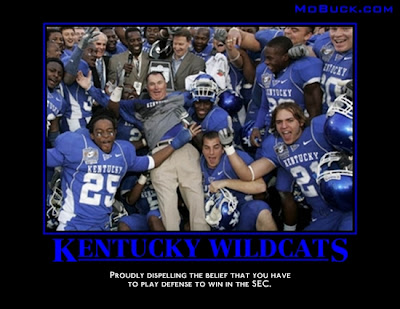 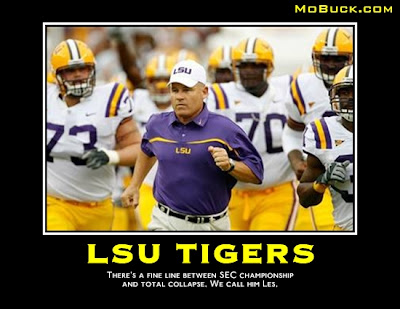 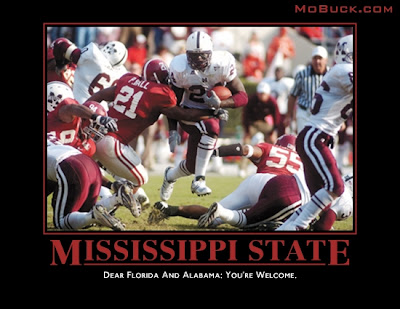 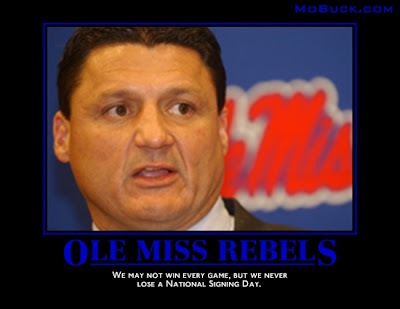 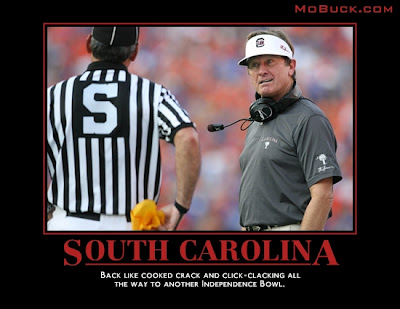 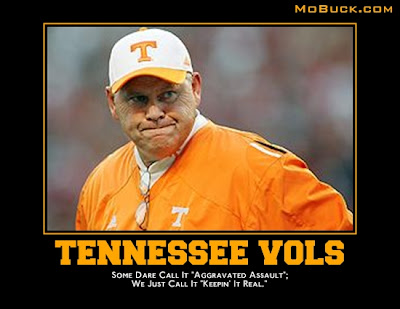 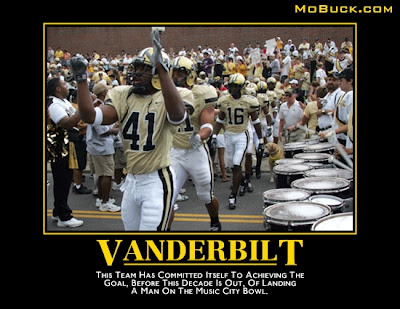 ADDED: It was brought to my attention that many of y'all feel the poster for Florida was a little too, how do you say, deferential, particularly for a Georgia fan. Fair enough. To atone, I bring you this: 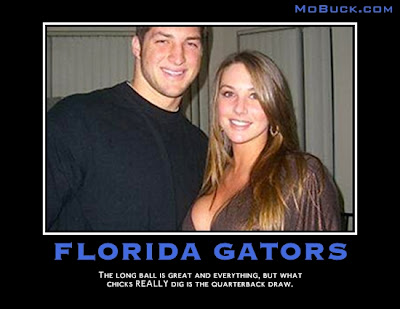 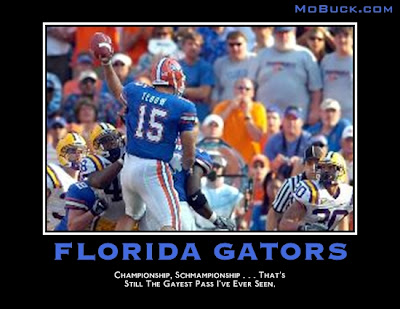 100 Cocktails for the Alabama, LSU & Mississippi State posters. Classics along with your brilliant Reggie Ball mockery.

Not bad. Would be much better if it didn't suckle at the Gator teet. Damn suck up. Where's your Georgia roots? Everyone gets bashed but Florida? That's grounds for treason my friend.

I agree with mr. egger. LSU's was by far the harshest. You couldn't have dug deeper at Miss State? You had the applaud Florida? Yeah, they're good, but are they USC suckle-worthy?