In which Bill Clinton actually comes off as the good guy. 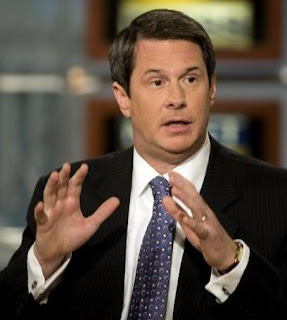 Over the past few days, as news of David Vitter's dalliances with various D.C. call girls has broken and spread, I've seen and/or heard more than a few bloggers and pundits describing this as a "Clintonian" scandal. All due respect, I don't think so. There are a few major differences:

1. Like him or not, Clinton got his poontang fairly, squarely, and legally. Clinton didn't force Monica Lewinsky to give him a beejer. As far as anyone knows, he didn't even pay her or offer her any other kind of compensation. He just found a chick at the office who wanted to blow the president and said OK. Maybe I'm just splitting hairs here, but that seems slightly different from a nearly decade-long pattern of soliciting prostitutes, which I'm pretty sure is still illegal in most places. Louisiana and the District of Columbia included.

2. Clinton didn't put try to get involved in other people's sex lives, nor did he extol his own moral values as superior to theirs. Contrast that to Vitter, who said the country needs "a U.S. Senator who will stand up for Louisiana values, not Massachusetts’s values" (er, what values would those be, exactly?) and called gay marriage the most important issue facing the country.

3. Clinton never said marital fidelity should be a condition for holding elected office. Vitter, writing about Clinton's iniquities in 1998, apparently thinks it should be:

The writings of the Founding Fathers are very instructive on this issue. They are not cast in terms of political effectiveness at all but in terms of right and wrong -- moral fitness. Hamilton writes in the Federalists Papers (No. 65) that impeachable offenses are those that "proceed from the misconduct of public men, or, in other words, from the abuse or violation of some public trust."

4. Clinton didn't wear diapers. This one pretty much speaks for itself.

I'm counting down the seconds until someone leaves a whiny comment on here condemning me for taking joy in Vitter's misfortune, saying that "I thought liberals were supposed to be the compassionate ones." Hey, you know what? I'm compassionate as a motherfucker. My baseline is that not only do I not care what you do in your private life, I'll proudly defend your right to do it. As long as you don't mess with me, I will turn a blind eye to whatever you want to do behind closed doors, as long as it's legal. Hell, as long as it's between two consenting adults -- in all honesty, I don't care if you nail hookers, two or three at a time, with whips and chains, get peed on, whatever, until the cows come home. Your business. If you can handle answering to your God or your spouse or significant other or whoever, go wild.

But my compassion is reserved first and foremost for those who show compassion to me. You fucka with me, I fucka with you -- and if you go on the campaign trail bragging about what a big moral upstanding person you are, and you slag my values just because I don't get worked up into a froth about what two gay dudes do in their boudoir, then you leave yourself open for any criticism of your own personal life someone might care to lodge. You can believe this or not believe it, but if Vitter had just shut the fuck up and stayed out of other people's personal lives, I wouldn't be uttering a word about this. Instead, he railed against other people's private lives even while he was banging hookers from the French Quarter to K Street. And that, my friends, is something I can laugh about with a clear conscience.

Or if I can't laugh about that, I can at least laugh about this comment from Vitter's wife Wendy while David was running for re-election to the House of Representatives:

In 2000, Wendy Vitter told Newhouse News Service she could not be as forgiving as Livingston's wife or Hillary Clinton if her husband were unfaithful.

"I'm a lot more like Lorena Bobbitt than Hillary," she said. "If he does something like that, I'm walking away with one thing, and it's not alimony, trust me."

Aiieeee! If I'm David Vitter, I'm thinking re-election is the least of my problems at this point.
Posted by Astronaut Mike Dexter at 8:15 AM

Email ThisBlogThis!Share to TwitterShare to FacebookShare to Pinterest
Labels: politics, you know what I blame this on the breakdown of? society

Amen to it all. I pray this full list comes out and just has everybody on it. Get 'em all out, and let's start with a clean slate.

My favorite part of this was that Vitters seemed to have his admission of guilt all ready to go. The list comes out, and immediately, "Sorry about that!"

The jury is still out on Vitter here. Give him some more time to self destruct.

Clinton's used the worse choice of finding some young pootang...workplace office subordinate. Lot's of fellas have taken a major fall for that type of dalliance...both in cash & their jobs. For being a Rhodes scholar, how could he have missed the maxim..."don't mess around with the help"?

Vitter could have pounded the podium and declared that..."he didn't have sex with that hooker...we only talked on the phone" Vitter might be a big hypocrital dufus...but he didn't lie in front of the whole nation.

Clinton could have just said..."I was weak and messed up, sorry" and a whole lot of people would have been a lot more sympathetic & understanding. He was certainly acting more like a "diaper wearer" when he got caught. Or, at least until the wonders of DNA showed him to a finger-jabbing fool.

They are both assholes.

A slight quibble with #2, Doug.

Clinton did exactly what you claim he didn't when he signed the Defense of Marriage Act in 1996.

~In a June 1996 interview in the gay and lesbian magazine The Advocate, Clinton said: "I remain opposed to same-sex marriage. I believe marriage is an institution for the union of a man and a woman. This has been my long-standing position, and it is not being reviewed or reconsidered."

I suppose one could make the argument that since he wasn't trying to criminalize behavior, he wasn't technically trying to get involved in the sex lives of others--but there's little doubt that he was extolling the virtues (and superiority) of "straight" marriage.