· Last Friday night was karaoke! karaoke! karaoke! 'till the cows came home at Starz on Valley Avenue here in Birmingham. And before you even ask, the answer is: yes. I started off with "Tiny Dancer," and then later on in the night, just to demonstrate that I have range, I followed it up with "The Humpty Dance." 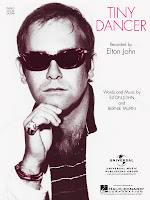 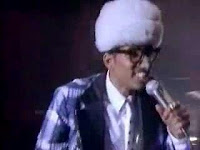 I'm going to do a mash-up of the two and call it "Hold Me Closer, Humpty Dancer."

Tips on how to kick ass at karaoke, because I do: 1) Sing songs you already know all the words to, and only use the monitors as a last resort. 2) Don't pick a song with a lengthy instrumental break, because you'll just end up standing there waiting for something to do. (Sadly, this is why "My Humps" is actually a better karaoke song than "Jump" or "If You Leave.") 3) If you want to move ahead in the queue of wannabe singers, and it's not your birthday and you don't have big tits, pick a song that doesn't fit your appearance. Nobody particularly wants to hear a popped-collar frat guy sing Limp Bizkit for the 213th time, but if that same guy wants to sing "Total Eclipse of the Heart," that'll get him up on stage. Or a rail-thin, five-foot-nothing black girl singing Drowning Pool's "Bodies" (which actually happened Friday night). Mix it up a little bit, and you will be richly rewarded.

· Wow, those Vick bloodlines really created some upstanding gentlemen, didn't they? This sucks big-time for the Falcons, who unloaded Matt Schaub in the off-season and may be looking at the Joey Harrington Xperience if Ron Mexico turns out to be in shit that's as deep as everyone seems to think he is. On the other hand, though, not only do I no longer have to feel any guilt about hoping that D.J. Shockley ends up the Falcons' starting QB, I can now even put an over/under on when that'll happen. I'm going to set it at 5.5 games into the season (not counting exhibition games). Who wants in? Or should we do it like a knockout pool? I'm down for whatever here. 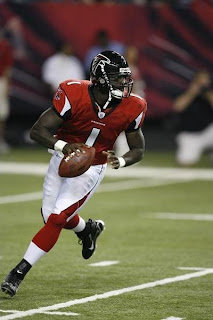 · So it turns out Mitt Romney is every bit as big a girl as John Edwards supposedly is, if not more so, only I'm guessing Mitt's "makeup consulting" expenses get a whole lot less play in the so-called liberal media than Edwards's haircuts. But that's fine; I, for one, hope Mitt sails to the GOP nomination. You have to work pretty damn hard to be the biggest tool in this year's Republican presidential field, but Romney has nailed it with a flip-flop tendency that makes John Kerry '04 look like a pillar of consistency by comparison. Republicans, please nominate this dingus so I can start punching up my résumé for submission to the Obama Administration next year. My suggestion for a running mate is Paris Hilton, who appears to have about the same level of respect for the country's intelligence as Romney does. (Hat tip: Andrew Sullivan.)

· On a related note, that so-called liberal media apparently has internalized the Republican belief that a filibuster is only a filibuster when Democrats do it.

· On another related note, this is the dumbest fucking thing I've ever heard of, so it's probably only a matter of time before Romney hires them. 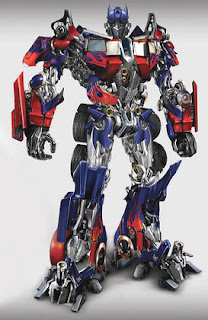 You're gonna want to go with full collision, compadre.

· On yet another related note, Optimus Prime's nascent '08 presidential campaign appears to have taken a hit.

I feel that I have sent the same letter to you once a month for the last six months, and I am now sending it again.

Since becoming a GEICO customer in January of this year, you have reported 131 accidents, requesting reimbursement for repairs necessitated by each one. You have claimed not to be responsible in any of them, usually listing the cause of the accident as either "Sneak attack by Decepticons" or "Unavoidable damage caused by protecting freedom for all sentient beings."

Some Republican is going to turn this into an attack ad, I just know it. Then again, if David Vitter can bang prostitutes up and down Pennsylvania Avenue and survive the hit politically, maybe Prime can weather this. I'm pulling for him.

And speaking of "Transformers," that reminds me . . . 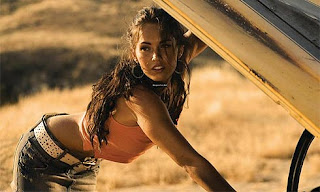 · Megan Fox, the blazing hottie who plays the female lead in "Transformers," reminded me of somebody from my past, and yet for the life of me I couldn't figure out who it was, until this past week it finally hit me: She looks like Kristin, this girl I knew back in college. I don't remember her last name, but I figure it had to be fairly close to mine alphabetically, because she sat near me in Bill Lee's Introduction to Telecommunications class during spring semester of my sophomore year. (Dr. Lee was a stone-cold pimp, but that's another story for another day.)

Anyway, Kristin and I started hanging out a lot that semester, meeting up at what was then Blue Sky Coffee in College Square to study for Dr. Lee's marathon exams; a friend of mine even asked me if anything was, you know, going on, and my only response was, duh, I don't know. You have to understand, I was the latest of late bloomers -- I'd only had one actual girlfriend my entire life up to that point and only maybe a handful of actual dates besides that, and was kind of lacking in self-confidence besides, so I pretty much did need someone to fly an airplane over my dorm trailing a banner reading YES, I LIKE YOU before I would feel fully justified in making a move. So anyway, we'd hang out at Blue Sky, she'd ask me to walk her back to her car, she even invited herself over to my dorm a couple of times, and I did . . . nothing.

It probably took another five years, long after I'd graduated of course, for me to look back and think, "Wait a minute. She was coming on to me." Thus making me one of perhaps the ten dumbest people alive. Like Mitt Romney dumb.

I didn't say it was a good story.

But anyway, now that my memory has been jogged about this, Kristin, if you're out there, this is Doug from Dr. Lee's Intro to Telecom class back in '97. I finally figured it out, and I apologize for being a total retard. Forgive me, and holler if you're still anywhere within 200 miles of Athens these days -- I promise I've grown up a little, and maybe even gained a few IQ points, in the last 10 years.
Posted by Astronaut Mike Dexter at 10:18 PM

Email ThisBlogThis!Share to TwitterShare to FacebookShare to Pinterest
Labels: football, hot chicks, my sordid personal affairs, politics, stupidity, you know what I blame this on the breakdown of? society

I'll take the over. Just because Vick has been indited doesn't mean he won't play this year. You know, innocent until proven guilty unless your an evil terrarist. Given the pace these things move at I can see him playing the whole season.

Let's just say you're a hard-rockin', rock-out, rock-and-roll 1st Amendment lawyer ... you'd be Wild Bill Lee, who brought me as close as I've ever come to thinking about possibly entertaining the faintest notion of remotely considering becoming a lawyer. God bless that guy, even though I had to stifle vomit to type the second half of that sentence.

The fact that he could hook you up with a woman resembling Megan Fox, well that's just the kinda playa he is, dog. Although I seem to recall Grady crawling with such creatures.

Dr. Lee is a dead ringer for John Roberts, man.

Dude, you sound like me with my early experiences with chicks. Have faith the right one(s) will come along when you are ready.

Innocent until proven guilty only applies to a court of law. In the court of public opinion one is entitled to use all available evidence as it becomes available.

Easy on my man Mitt, now- while he may be guilty of accepting some bad political advice- and I agree that he has- the dude's wicked smaht, as they'd say in Beantown. Graduated top 5 in both Law and business schools at Hahvahd, then headed up Bain consulting and launched Bain Capital.

If he gets elected he'll be among the handful of most intelligent men to have held the office.

Long instrumental breaks don't HAVE to be boring, if you master the ol' Mic Stand Air Guitar.