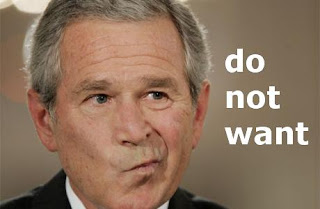 It has come to my attention that, with Americans having an unfavorable opinion of Bush to the tune of a two-to-one margin, some conservatives (and I'm not just talking about Eric Dondero) now wish not only to wash their hands of Bush but also to write him off as a liberal. You may consider this an open letter to those folks.

Yeah, Bush has been exploding the size of government (which we liberals are supposed to be for) and handing over the country to the lazy, evil, foul-smelling Messicans (which I guess we're also supposed to be for). But -- where the fuck have y'all been, man? Bush was growing the government as fast as he could from almost the minute he set foot in the Oval Office, and his love for those Messicans goes all the way back to when he was the governor of Texas. Y'all just chose to ignore that because you were really enjoying the way Bush was slashing taxes, saving stem cells, speaking out against teh gheys, and pre-emptively invading foreign countries.

Now that it turns out Bush and his people don't really have a clue what they're doing -- and some of them might actually be fucking insane -- the so-called "true conservatives" want to slough Bush off, just pull an Orwellian 180 and rewrite history to say that Bush was a liberal all along. Sorry. Na ga happen. The actions of a certain cadre of milquetoast, easily intimidatable Dems notwithstanding, we still don't support insane tax-slashing, restrictions on stem-cell research, anti-gay laws, or war war war whenever and wherever we can start one.

This one's all on you, kids. You're stuck with him. And now that I think about it, Michelle, no, we don't want Joe Scarborough either. (Seriously, a three-term GOP Congressman who got elected in the "Republican Revolution" of 1994 and he just magically turned into a liberal simply by virtue of getting a show on MSNBC? Right. Tell me another one.)

Now, if you're really that interested in culling your ranks, here's who we will take: 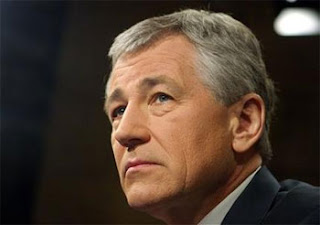 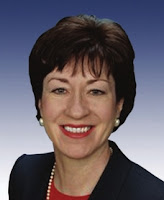 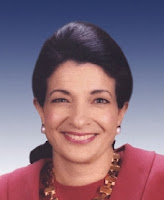 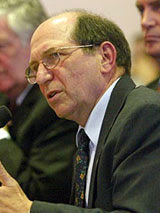 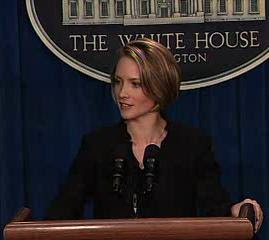 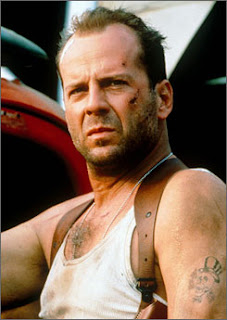 And what the hell, Bruce Willis.

Give us any two of those people and we'll give you Joe Lieberman and a freshman representative of your choice in 2008.

But Dubya, sorry. Don't want him. Try someone else.
Posted by Astronaut Mike Dexter at 7:58 AM

I'll take a Lindsay Graham for Lieberman straight up.

You can't attain eternal single-party domination without the K Street Project, and you can't have K Street without fertilizing gummint until it spreads like bamboo. You also can't please the non-faith-based business component of your odious base without providing for indentured servitude.

All in all, it's all reminiscent of the inherent conflicts that beggared the five year plans and crashed the other political empire to go under. Piquant irony.

Libs don't have anyone to blame for a Bush second term than themselves. Seriously, Kerry was the best you could do? Good Lord. Candidates for the last two elections have been lame.

Yeah Flair, I'm absolutely sure we'd be in the exact same position as we are now if Gore had been elected president. Right.

Kerry did not suit me either, but the re-election of GW seemed more destructive than any other thing we can possibly think of. The "Don't change horses in midstream" attitude is what got us here in the first place.

Gore would have been a great choice as prez. We would have forced Al Queda to turn down their AC and invest in carbon units, super.

Kerry was a worse choice than Bush, unfortunately. Would have loved to have seen a stronger candidate than him come from the Dems, but if you put a weasel like him up for prex, i'd rather vote for GW and his strategery than Kerry and his utter contempt for our military.

Which strategy of Bush's? He's had so many.

"...if Gore had been elected president."

Florida in 2000 and Ohio in 2004; if you think these were not well thought out electoral vote captures, you weren't paying attention.

As for Kerry, I don't think he hated the military; he hated how it was being used. Kinda like the way most of Americans feel now, you know?

Until America fixes the electoral process, somehow taking corporate sponsorship out of the picture, we'll continue to get the best government money can buy. And that sucks!

if you are referring to the thousands of overseas military votes Gore had held up in courts, then yea, i agree with you, florida 2000 was messed up.
but i'm guessing you're referring toa conspiracy theory, huh?

So...if Bush is really a Liberal, wouldn't follow that liberals would actually like Bush. And wouldn't it then mean that all those "Bush hater" liberals must really be faking said hatred? And just how does Bill Clinton figure into this nefarious plot to put this stealth "Manchurian candidate" liberal Bush in the white house for 8 years?