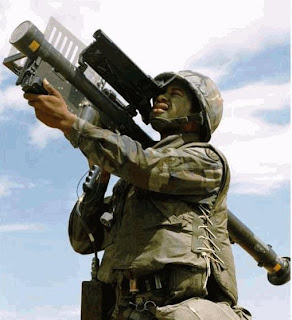 So once again it's Valentine's Day, or as I like to call it, Be A Complete Fucking Asshole To Everyone I Come In Contact With Day -- and just for the record, I was observing it as such even before Ann started campaigning to make it official. I was a prick before being a prick was cool, baby.

Anyway, a year ago today I marked the occasion by retelling three embarrassing stories that I felt were most representative of my dating history at a whole. Since that post was written, the following things happened:

· I got dumped on a voice mail. And just when it seemed like things were going well and I might actually be able to sustain a relationship longer than two months. Not that this is relevant to anything, but the girl did look like Erin Andrews. Fo' realz. Though I'm sure the real Erin Andrews would never do anything that tacky.

· There was this girl who lived in my building for a couple years and, according to some of my neighbors, kind of had a thing for me, but I didn't do anything about it as a result of an unofficial no-dating-anybody-in-the-building policy implemented in the wake of one of the disasters linked to earlier. But anyway, she graduated and moved out last spring, and then over the summer while I was out with a couple friends I ran into her at a bar in Lakeview. I called her up a few days later and asked if she wanted to go out, and she said she wasn't interested anymore.

But the whole thing also led to a very amusing conversation with my friend Autumn, who works at a restaurant that this girl frequented. This happened not too long after I got the heave-ho.

Autumn: That girl you were dating who you brought by here once? She was in here the other day, wearing . . . I don't even know what to call it. She had on a black dress, but you could barely call it a dress, it was like . . . nothing.

Autumn: But wait wait, that wasn't the worst part, she also had on these knee-high boots that were . . . gold. Shiny, sparkly gold. She looked like a stripper.

Me: How did I miss this?

Autumn: I think you might have been out of town.

Me: Well, you have to call me the next time you see something like that, I'll come back.

Autumn: And all the guys in the restaurant were like, 'Is that the girl Doug was going out with?!' and I said yeah . . .

Autumn: And then they were all like, 'Did he hit that?' And I said I didn't know and it was none of their business . . .

Autumn: It was none of their business! I was standing up for you!

Me: Dude, that's not how you stand up for a guy. If you really wanted to stand up for me you would've said 'Yeah, he shagged her senseless.'

Autumn: Gross! You can do that. I'm through being involved.

So anyway, there are three more notches on the ol' Platial "Dump Spots" map (there may be more that I'm repressing). Now's your chance to bare your own souls about how romance sucks and Valentine's Day blows, but first, since everybody seemed to enjoy the last one, an antisocial, completely non-romantic Not-So-Random-Ten:

And a bonus 11th, a reminder for everyone else who's alone this Valentine's Day:

Put your own romantic horror stories and/or treasured unromantic songs in the comments. We'll get through this together.
Posted by Astronaut Mike Dexter at 8:10 AM

Figured I'd share a nice little V-Day story, one that I feel ends in victory.

A couple years back I was dating a girl--we'd only been going out less than two months-- and I took her out for a really nice Valentine's Day date to an awesome, romantic Italian restaurant.

Well, she was a total bitch the whole night, so I broke up with her when I dropped her off at home. Still on Valentine's Day. So maybe I was celebrating "be a total dick" day without knowing it.

(Not that i'm not an a-hole, but there's more to the story which I feel makes me less of an a-hole.)

I've never had a Valentines Day ruined, but my last boyfriend ruined St. Patricks Day. While we were having green beer. In one of my favorite Irish bars. Sigh. Now that I think about, he didn't do anything for Valentine's Day because he didn't "believe in it." That should have been my sign.

I'm wondering if there's a way to rank the worst possible dumping methods (ie, from civil, and in person, to abandonded in the woods with no pants or something.)

I've had the misfortune of being dumped by AIM (albeit after only 3 weeks of dating) and Facebook (over two months...that one stings until I get enough alcohol in my system that I'm convinced she couldn't do it in person because I'm too cute, and too persuasive to dump on the phone. Yeah that's the ticket).

Ok--I may be able to tie you for a phone breakup. I was dumped by my boyfriend of 2 years, while he was using a payphone in a grocery store. Calling ME long distance with MY calling card.

I haven't really been dumped using communications technology (although there was one mutual breakup over IM - Him: "I think we should just be friends." Me: "Um, no thanks"), but I did get dumped on my own sofa after we'd been to dinner, I'd bought him ice cream, and we'd been sitting around watching The Family Guy for half an hour without a hint of the impending breakup.

I once got the old "I think we should see other people" after 18 months or so of dating. I said "all in or nothing," instead of taking the quick escape when it was offered, and for my trouble got pitched about 6 months later -- or 4 weeks after moving to the east cost for grad school... which I mention for thematic continuity because it was over the phone and I was paying for the (long distance when that meant something) call.

I broke up with a girl because she was bad at math. (That she was working on a masters that required statistical analysis was an enhancement factor to this problem.)

Here I am, late to the game again. I dated a guy long distance who was supposed to visit me for the weekend but called me the day before he was scheduled to arrive to say that he never made plane reservations and he wasn’t coming. We didn’t speak for a year, when he called to say he might have made a mistake. He hadn’t met anyone better in the last year, so he wanted to see if we still had chemistry, because then he might want to date me again. I said thanks but no thanks, and spent my Valentine’s evening singing karaoke in a mostly empty bar. At least I have my pride, I think.

Once in high school my girlfriend asked me to sneak out of my house to see her (Not on V-day, though). Being barely 16 I thought I was in for a real treat. So I pushed my car out of the driveway in neutral and drove to her house, where she met me at the window and told me she wanted to see other people. I was really pissed because I risked getting grounded to try to get some, and instead got dumped.

Doug, if you want to feel better about yourself read my blog. (Poorly written... I'll work on it) At least you seem like a nice guy, while I should have a warning label ono my forehead that says "Don't date me."

Funny story, I broke up with a girl through an email, and I had been dating her for 11 months. Now the excuse is that I was in the Czech Republic and had run out of minutes on my phone card, and she had lost her cell phone and was just intermittently checking her messages from her roomy's phone.

The bad part was that I was already shacking up with a Norwegian girl. I'm an ass.