The explosion shall be of extraordinary magnitude! 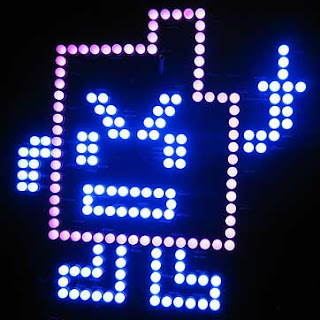 Where were you when 1/31 happened?

Boston seems to be recovering from the Great Mooninite Invasion of 2007, but rather than just having a good laugh about it and/or scolding the rapscallions responsible and sending them home, the City of Boston seems to be intent on treating the aftermath with the same level of needless hysteria with which they treated the initial, uh, placement of Lite Brites.

Let me get this straight: The Aqua Teen Hunger Force "guerrilla marketing" campaign was tried in nine other cities, including New York and Washington, two of the most (rightfully) terrorist-jumpy cities in the world, and yet Boston was the only city that went apeshit over it. They came upon magnetic-light renditions of a cartoon character the average college student could probably identify in less than five seconds and took it upon themselves to determine that they were bombs. The mayor and the police brought the city to a crashing halt, yet they now want to throw these two guys in jail and charge Turner Broadcasting three quarters of a million dollars for their panic?

I mean, if you're a terrorist and you want to plant bombs all over a major American city, are you going to decorate them with flashing blue lights to make sure everyone pays as much attention to them as possible before they go off? Really?

Of course, none of this prevented the usual gang of right-wing mouth breathers to fall all over themselves proclaiming that this was an al-Qaeda terrorist attack, or at the very least a "dry run" of same, and even after the whole thing had been revealed as an ATHF stunt, they were still trying to claim that the "culprits" were threats to America, or aiding and abetting Osama bin Laden, or . . . whatever. Honestly, what is it about some people in our post-9/11 world who just aren't fulfilled unless they're soiling themselves with fear over some minor non-scandal? Can't you just picture bin Laden laughing his hairy Wahhabist ass off right now, knowing that he doesn't even have to actually attack us to watch us launch into paroxysms of terror, he can just let Ignignokt and Err do the heavy lifting for him?

Turner shouldn't have to part with one thin dime over this. And if the city of Boston had any sense at all -- which I know has been all but disproven -- they'd drop this as quick as humanly possible, because the longer this is a national story, the longer they look like frickin' idiots.

In the meantime, I'm going to buy up all the plastic sheeting and duct tape I can find, so as to protect my apartment building from a potential attack by Marvin the Martian or the Jakovasaurs. You bastards will never take me alive!

We should totally be profiling these duck-billed barbarians.
Posted by Astronaut Mike Dexter at 8:22 PM

Email ThisBlogThis!Share to TwitterShare to FacebookShare to Pinterest
Labels: stupidity, you know what I blame this on the breakdown of? society

You have seen how over-budget the Big Dig is right? Methinks the mayor saw a chance to get the deep pockets of Turner Broadcasting to kick in (well, it's either that or he initially requested the Foreigner Belt and got hit with "head games")

I think the best part of this is that in an unrelated incident, they found 2 "very convincing" fake pipe-bombs that had been planted, and still went apeshit over the obvious fakes.

I've seen some pictures someone in Boston took of these things, placed in various cornerstones of American commerce and governing. You know, next to a neon pawn shop sign, above the entrance to a bicycle store, on the side of a bar. I mean, if the terrorists really want to hit us hard at this point, the cyclists will be the first to go. Al-Qaeda is, as always, jealous of our freedom. Our freedom, and our Huffys.

I was completely with you until the "right wing" comment. Boston mayor Menino has been leading the charge against Turner, mislabeling this event as a "hoax" - and he's a Democrat. And, well, let's be fair: this is Massachusetts - the current Governor is a Democrat, the Senators are two of the most recognizable Democrats, and it's their state government that went over the top.

Of course, I'm not blaming this on Kennedy and Kerry; I'm just questioning your calling out the right wing based on a few moronic bloggers.

I agree with Josh. You were right on target with the whole piece Doug, until it became about politics.

It is amazing that this whole situation takes place in the bastion of liberalism, Boston, yet you still find ways to make it out the horrible, overreacting Republicans.

Either way.. Funny as shit. I was reading the Boston paper's websites, they have a lot of comment sections, and most of the people don't seem to realize the entire joke is on them.

The movie is going to do phenomenally better due to this publicity.