· You may have noticed some changes to the ol' sidebar in the last week or so. First, this blog now has a dedicated e-mail address, so you can now e-mail me at heyjennyslater.blog at gmail if you want to tell me how hard this blog rocked your face off or, alternatively, how much it sucks. E-mails of either kind are highly likely to be re-published here, but particularly the latter kind, so all e-mails immediately become property of me to do with as I please, or something. Also: I've added links to my MySpace page -- yes, it is the most boring one ever, but you're still welcome to be one of my Myspace friends or whatever they call them, if you're so inclined -- my old blog, and of course the now-famous "Dump Spots" map I made on Platial a while back that got written up in The Oregonian.

· I hope that some people will read this and give up on the idea that the media have some kind of all-encompassing liberal bias. Here we have a high-ranking reporter/editor at Newsweek basically coming right out and saying that he sees his job as being to ask questions of people in power, get their answers, and then regurgitate those answers verbatim without any investigation to determine whether those answers are, you know, true or accurate. Not only that but he appears to have less knowledge of how the federal government works than your average 10th-grade civics student. Come on, people -- you've got an entire clause in the Bill of Rights devoted to you, and this is the best you can do to meet those responsibilities? This is why I try not to refer to myself as a "journalist" anymore. 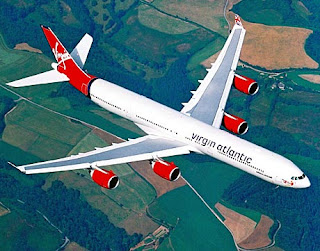 · Not only does a British airline (Virgin Atlantic) rank #1 on the list of airlines with hot flight attendants, but British women have the biggest boobs according to a "recent" (and rather vaguely identified) poll. (Links from Thighs Wide Shut.) Notwithstanding their total inability to build a car with a reliable electric system, some countries have all the luck. 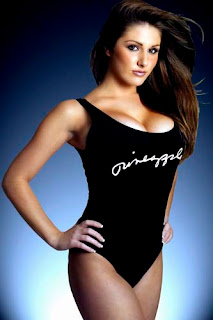 Something about England, indeed.

· The Concerned Women for America in a nutshell: We're mad at Tim Hardaway because he's making the rest of us homophobes look bad.

· If you're trying to wrap your brain around just how hard Britney Spears has crashed and burned in the last few weeks, ask yourself: Did you ever think Kevin Federline would have the upper hand in a custody battle for anything other than a bag of Chee-tos?

· Finally, on a very serious note, the mother of UGA redshirt freshman was killed Wednesday, and after that it looks like the culprit burned her house down to cover up the crime. I can't imagine many worse things than this happening to somebody, so keep Michael and his family in your prayers.
Posted by Astronaut Mike Dexter at 8:11 AM

I was about to start kicking myself for leaving the UK when I remembered that part of the explosion of cup sizes is due to the increased lard-ass-ification of the UK population...

I think the rags just do this periodically to get a rise (wa-hey!) in circulation... I seem to remember reading a paper once in the early 80s which claimed that English girls had the best tits in Europe at the topless beaches... with some accompanying pictures of in-no-way-paid-models.

In case you were wondering, the worst / floppiest in Europe: the Germans. Never saw that coming.

WOW. That's pretty broad brush you're painting with there, Doug. How about the Walter Reed stuff Dana Priest and Anne Hull just did?
Stories like that make me proud to refer to myself as a "journalist," thanks.
Still not convinced? Take a little stroll over to pulitzer.org and click on any. given. year. Tell me the mainstream media isn't exposing truth and doing good work.
Yes, I am a little touchy. You'll be sad when the industry goes down. Where will the bloggers cannibalize from then?

Um, I don't know how broadly the sarcasm font was used in that last comment, but journalism isn't going anywhere. Yes, newspapers are dying and so is the evening news. To me, blogging is a lot like newspapers were in the last half of the 19th century. New, user-friendly technology gives birth to extremely partisan outlets with fiercely loyal readers. When I'm feeling most bitter, I also like to point out that the professional, ethical and highly educated journalist is a relatively new phenomenon. And journalist is right up there with lawyer in surveys regarding the least-respected professions.
So there. FWIW I never thought my history of journalism class would come in so handy. And any errors in this comment are the copy desk's fault.

I guess my main beef is not with the entire journalism profession as a whole but rather the people who have covered Washington over the last few years. With a very few exceptions, these folks seem to have taken an attitude that their job requires nothing more than asking questions of people in power and transcribing their answers, with no effort expended to investigate whether those answers are actually true or not. And you saw that attitude all but explicitly admitted to by the Newsweek guy. If he'd been running the show during the Watergate era, the headlines on the front page of the papers wouldn't have been "Nixon Resigns," they would've been "Nixon Not A Crook."