Who let the dorks out? 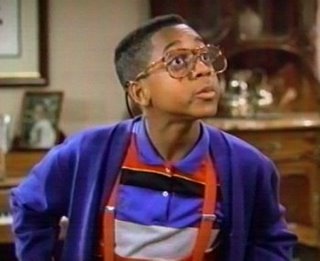 What? Tech's playing this weekend?!?

The weekend before Thanksgiving has been given the title "Rivalry Week" because of games like Auburn-Alabama and Michigan-Ohio State, but it ain't Rivalry Week for Georgia fans. That comes the Saturday after Thanksgiving, when Georgia and Georgia Tech tee it up -- this year for the 97th time.

For a number of reasons, many Georgia fans don't want to consider this a big rivalry. Either they don't want to give Tech the satisfaction of giving a rat's ass, or they consider SEC rivals like Tennessee or Florida bigger fish to fry. But I can admit I get more rabidly fired-up about this game -- not just about the game but at the opposing team's fans -- than most of the games on Georgia's annual schedule. Quite simply, I don't like Techies much. I don't like the fact that they still act like their school is that much harder to get into than Georgia (because of the HOPE scholarship, admissions requirements and academic standards at Georgia have been ratcheted up to the point where any differences between the two schools are pretty much negligible). I don't like the fact that they act like Athens is some hick town in the middle of nowhere, especially when you consider that the average Georgia student does more on a Tuesday night in Athens than the average Tech student does in an entire weekend with all of Atlanta nightlife at his disposal. I don't like the fact that they bitch and moan about how Georgia gets all the media attention and they're forced to accept what they perceive as also-ran status -- despite the fact that they can't be bothered to sell out their own stadium half the time.

Still, in spite of all of this, I was able to regard Techies with nothing more severe than passing disdain -- until 1999. The previous year, for my final home game as a Georgia student, I had to watch as Tech came into Sanford Stadium and beat Georgia* on a last-second field goal; in 1999, I came down to Georgia from Lynchburg, Virginia, where I was living at the time, and went into the UGA-GT game at Bobby Dodd Stadium in Atlanta looking for blood.

It was one of the craziest games I've ever witnessed: 1,097 total yards, 62 first downs, a total of 99 points scored by the time the smoke cleared. And those of us in the Georgia section in the west bleachers acted all the crazier in response. We yelled, we screamed, we chanted "Nerds! Nerds! Nerds!" whenever the Tech band got too loud for our liking, we heckled Tech's male flagline member, we sang the "Diff'rent Strokes" theme song every time Tech QB Joe Hamilton (5'9", 190 lbs.) took the field. It was glorious. We were down by 17 on two separate occasions in the third quarter but laid 24 straight points on Tech to take a 48-41 lead, our first of the game, in the fourth. Tech got another TD toward the end of regulation, but an emboldened Georgia team went right back down the field and ended up at 1st-and-goal from the Tech 2 with less than 10 seconds to go.

Jim Donnan decided to try and punch it into the end zone one last time before setting it up for a field-goal attempt. Jasper Sanks, the Pride of Columbus, up the middle. Sanks was taken down at the 2, and the ball came loose; Sanks's knee (both knees, actually) was clearly down, but the refs called . . . a fumble. GT's Chris Brown picked up the ball at the 1 and backpedaled into the end zone before being tackled by a couple Georgia guys, so . . . safety, Georgia? No. Refs call a touchback -- two unbelievably shitty calls on one play, gotta be some kind of record -- and the game goes into overtime. Tech kicked a field goal in OT (their first try was blocked, but they recovered the ball), Georgia lost the ball on an interception, and . . . game over.

Now, how many of these fellows celebrating Chris Young's "fumble" recovery do you suppose turned out to be ineligible?

I can remember seeing "Bambi" for the first time, I can remember the day my parents told me Santa wasn't real, I can remember the day my first girlfriend in high school broke up with me -- and none of those involved a heart-pulled-out-of-chest feeling anywhere near as severe as what I was feeling standing there in the west bleachers of Bobby Dodd that afternoon. Now, being fucked over in a Game To End All Games was bad enough, but the way the Techies acted afterward was worse. I'm not even talking about the way they acted directly after the game; I can understand their elation, the rush of joy that would've come from beating UGA in back-to-back seasons for the first time since 1989-90. But even after the full extent of the refs' dumbassery was revealed, even after every pundit in the country had examined the tape and agreed, "Yep, he was down," the Techies continued to crow about their "win." In fact, they just crowed harder. And even those who were willing to concede the blown call blamed Jim Donnan for not going ahead and kicking the FG on first down. "You never know what might happen," they said -- apparently not realizing that if every coach played it safe for fear of a freak fumble, every team would just punt on first down every time and every game would end in a 0-0 tie.

So anyway, that's why I got a problem with Techies. Georgia got a little sweet revenge during our SEC championship season three years ago, laying the 51 points on Tech we should've had in '99. We got some additional sweet revenge last week, when Tech was slapped with probation for playing ineligible athletes and, as part of their punishment, had to "vacate" their 1998-2004 football records ? which include all three of GT's wins over Georgia in the last decade -- wiping them off the books as if the games never happened. But every time I'm tempted to think OK, the Techies have been through enough, I think back to 1999 and decide . . . nope, not quite. 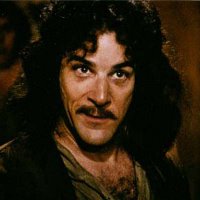 My name is Inigo Montoya. You said Jasper Sanks fumbled when he didn't actually fumble. Prepare to die.

But I'm a nice guy, a reasonable guy, and I don't go around punching Tech people on the street just for looking at me funny or some such nonsense, nor have I ever stabbed one, to the best of my recollection. My anti-Tech fervor has waned somewhat over the past four years, as Mark Richt has gone undefeated against the Yellow Jackets in his UGA tenure to date -- though I'm sure there were plenty of us back in 1998 who thought Georgia's in-state reign of terror would go on forever, too. So let me just say that Techies aren't innately bad people, I've developed good friendships with some of them, I'm even related by blood to one of them, so my baseline position is that Techies are OK -- as long as they know their place.

One of those Techies who is not an innately bad person happens to be a fellow named Nathan who runs Golden Tornado, a blog primarily devoted to Georgia Tech sports. Even though, by virtue (or fault) of my Bulldog fandom, I'm just a drunk redneck guaranteed to make an ass of himself whenever he ventures out in public -- OK, some stereotypes are really rather spot-on, actually -- Nathan was kind enough to engage in a little conversation with me regarding Georgia, Georgia Tech, and Clean Old-Fashioned Hate. I sent him five questions, he sent me five, and we're publishing each other's answers this week so that the uninitiated amongst you (and even a few of the initiated) can get a bit of a closer look into what makes this rivalry tick. Nathan's already got my answers to his questions posted, and I'll be putting his answers to my questions up here in just a bit.

Of course, I haven't gone completely soft, so any olive-branch-extending as a result of this exercise will be accompanied this week by all the usual smack-talking, joke-making, and nerd-baiting I engage in every year around this time. But I'm fully confident that Nathan will be giving as good as he gets, and I wouldn't expect any less.
Posted by Astronaut Mike Dexter at 6:13 PM

Check the offficial NCAA records, you still lost 3 in a row to us. We just didn't win 3 in a row against you.

Anonymous, you didn't WIN any of those games now, not that you ever did anyway, especially 99. But if anything you oughta be happy that you can now claim some of OUR wins against you "just didn't happy" even though we get to keep them on the record books, such as one or two of David Greene's record breaking wins.

Get it straight there Kumar...