As a matter of fact, I don't want a little bang in my ying yang, and I will not be coming along.

I've always been of the opinion that if I could choose only three or four cable channels to get and reduce my monthly cable bill to ten bucks or so, I would choose ESPN, ESPN2, Comedy Central and Headline News (you still my shawty, Rudi Bakhtiar) and be done with it. Yet I never realized just how thoroughly ESPN was ruining my life until I read this epic manifesto from the cats at Every Day Should Be Saturday.

Yeah, I know everybody and his brother has already linked to this, but it's soooo worth reading. Not that I necessarily agree with everything on it -- for one thing, I guess I have a much greater tolerance for Chris Berman than they do. (Though it does hurt my soul a little when Berman does his "Fastest Three Minutes" bit during halftime of each week's Sunday-night game -- cute gimmick, I guess, but at the expense of being able to make hide or hair of what actually happened in any of the games he's recapping, plus it sounds so forced I always get this mental image of some German terrorist calling Berman on a cell phone and telling him he'll execute Berman's wife and kids if he can't narrate all the highlights in three minutes.) But I'm in complete agreement with them on many others, including the giga-contrived Sean Salisbury-John Clayton "rivalry," the criminal underuse of Chris Mortensen, and the fellatiary treatment of anything even remotely connected to Southern California football. Anyone remember last year's Virginia Tech-USC Black Coaches' Association Classic? During halftime they did a backgrounder on Matt Leinart's poor vision as a child, which was so severe that -- children and expecting mothers, you may want to stop reading here -- he had to wear glasses. There's a war going on in Iraq and North Korea has the bomb, but we're supposed to wail and beat our breasts at the fact that Matt Leinart -- who is just months away from becoming a multimillionaire and who can pick up pretty much any single woman in the Los Angeles metro area with nothing more than a "C'mon, let's go" -- once had to wear glasses? Lord knows I'd sooner slice my gums with an Exacto knife than agree with Tommy Tuberville about anything, but yeah, ESPN is stuck straight up USC's ass. 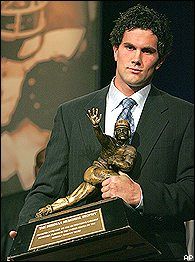 The point that earned the lustiest "Hells yeah" from me, though, was EDSBS's withering condemnation of country band Big & Rich and the one-hit in their wonder, "Comin' to Your City," which ESPN's Powers That Be inexplicably chose to be the "theme song" to "College Gameday." The lyrics to said excrescence can be found here, so I'll leave it to y'all to determine just how bad this song sucks. But I'd like to widen EDSBS's point to basically decry the creeping influence of country music into football broadcasting in general. Yup, I know this is going to peg me as a fancy-coffee-swilling, imported-car-driving, Kerry-voting, red-state-insulting liberal elitist, but I'm gonna say it: Country music in its current state sucks royal ass, and anything that increases its presence in our daily football-viewing lives is not to be celebrated.

It's not just Big & Rich, either, because if you've watched "Monday Night Football" lately, you've no doubt sat in stunned stupefaction at the weekly halftime ritual of Tim McGraw singing a version of "I Like It, I Love It" rewritten to include recaps of the previous weekend's NFL action. Yup, that's right, he's singing about each week's big plays to the tune of the same damn song. I'm with this guy: Who the hell thought it was a good idea to play the same song seventeen times? I mean, I could see a different pop-music artist each week singing their current hit, but the same song? What's next, ABC replacing the roundtable segment on "This Week" with Gretchen Wilson singing a new version of "Redneck Woman" rewritten to include rundowns of the previous week's top stories? 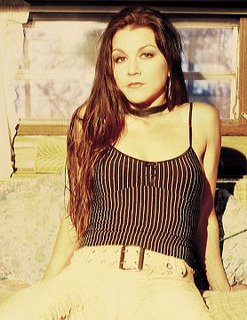 OK, you're kinda cute, but ten bucks says you still can't come up with a rhyme for "al-Zarqawi."

(Just FYI, it took me nearly an hour to do the Googling necessary to come up with the name of one female country singer and one of her songs -- that's how completely country-music-illiterate I am when you take me so much as one step outside my Johnny Cash comfort zone.)

Anyway, to the Disney/ABC/ESPN conglomerate, I say this: Unless you are prepared to balance it out with equal helpings of Fugazi, Thievery Corporation, and the Wu-Tang Clan, it's time to can the crappy country. As it stands, you're only appealing to the microscopic subset of music fans who a) consider "I Like It, I Love It" their most favoritest song ever, to the exclusion of every other song in their library, and b) can stand Big & Rich for more than five seconds at a stretch.

Oh, and letting Nick Lachey anywhere near a broadcast booth was also an electrocutable offense, but dude's been through enough already so I'll let that one slide. As the one responsible for Jessica Simpson giving him the heave-ho, it would be just plain gratuitous of me to pile on him any further, you know?
Posted by Astronaut Mike Dexter at 9:25 PM