While I work on a playoff-related post, and while Georgia continues to hunt down a defensive coordinator, I've got a thought experiment I'd like to try out on y'all, particularly if you're of the Dawg persuasion. This was inspired by the recent news (since put to rest) that highly respected Virginia Tech defensive coordinator Bud Foster was officially in the mix for Georgia's DC job, and more specifically the reaction of one of my friends to the news. I'll explain the point of this in a subsequent post later on this week, but for now I just want y'all to ponder one question. 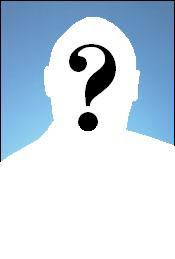 It's December 2, we've just fired Willie Martinez, we're casting about for a new DC, and there's a guy who's been bandied about as a prospect for the job. He's coached in the SEC for the vast majority of his career, including the last 10 years straight. In his first defensive-coordinator job, his team didn't win a game all season long. At the second program where he served as DC, his team won two conference titles in seven years, but they lost to LSU four times, Auburn twice, Tennessee twice, and Ole Miss three times; he's even managed to lose to Mississippi State. (Just for good measure, he's also lost to Georgia twice.) In one season, his defense gave up 30 or more points in five different games, including a bowl-game loss to a Big 10 team; he's 2-3 against the Big 10 and a so-so 7-5 against the ACC. Every year he's talked about for a number of head-coaching openings at DI-A programs, but he never seems to get any of them. And the last game he coached for his current program was a three-TD loss to an SEC rival in which his team gave up more than 30 points.

I don't want you to guess the identity of this coach. All I want you to do is answer the question, Do you want this guy to be our next defensive coordinator?
Posted by Astronaut Mike Dexter at 11:03 AM

You make a strong point, Doug.

Are you counting pre-ACC Miami in there?

but he's black. so that helps him in some folks eyes and makes him more deserving.

moi? i could give a shit as long as they win.

"but he's black. so that helps him in some folks eyes and makes him more deserving."

Completely carrying and half-carrying Florida to two MNCs kinda helps. Without Strong's D, '06 Florida finishes 4-4 in conference and is eating chicken sandwiches for the holidays.

well i mean no kidding. UF's 06 and 08 defenses were badass.

but i understand what Doug's trying to do here. hell, i wonder how Chavis could look if I looked for some of the darker performances of his.

you fail to mention the time line of these stats. are all these losses piling up in his last season? Are the 30+ points in X games last season? Were these early on? Has his team improved? Defense improved? In those 7 years at .. he only lost to LSU more than he won, and beat those other teams more than was beat.

Willie has had progressively worse numbers throughout the year but I'm sure you could shine those up and make him look attractive if you word it right, which I don't doubt you could pull off