The Friday Random Ten+5 sticks its neck out. Barely.

Last night began the college football season with a South Carolina-N.C. State tilt that ranged from "ugly" to "mildly interesting" to "colossally boring as the Gamecocks simply tee off on a team that has clearly packed it in," but football, like sex or pizza, is still pretty good even when it's not that good at all -- and either way, my life has been made whole once again. I actually participated in a liveblog of the game over at Dr. Saturday's joint that was really more along the lines of "Mystery Science Theatre 3000 Presents: Gamecocks vs. Wolfpack," but hey, it was fun. (And yes, I made a Smelley/'Cocks joke. You knew it was coming.)

So now is as good a time as any to make some last-minute predictions about the season to come, and while 2006 has rendered me extremely cagey about making sweeping, season-wide predictions before the games even start, there are still a few scraps I feel reasonably confident in throwing out about the Dawgs. Thus, this week's +5 is Five Random Predictions Of Varying Degrees Of Ballsiness Regarding Georgia's 2008 Season: 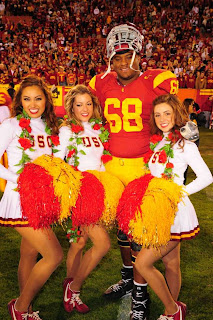 Georgia won't be #1 anymore when September ends, but it won't be their fault
Paul Westerdawg came up with this long before I did, but the Bulldogs' hold on the preseason #1 spot -- in the coaches' poll, at least -- is precarious enough that it's unlikely to last past the titanic Ohio State-Southern California matchup on September 13. Consider that, as Paul points out, Georgia has 22 first-place votes in that poll while the Buckeyes and Trojans combined have 28, and the hype over their game will be such that, barring the ugliest 6-3 defensive struggle in football history, the winner of tOSU-USC is likely to snatch up nearly all the other team's #1 votes. In theory, Georgia could play superbly over the next two weeks, a few of their top-5 neighbors could turn in a lousy performance or two, and enough first-place votes would move over to the Dawgs that their standing could weather the tOSU-USC tilt intact, but as long as Mark May's face is still showing up on national television, I don't see that being likely. 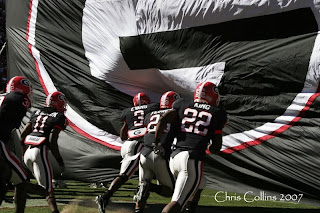 The black jerseys will be brought out again at least once, probably against Tennessee
I can't remember where I read it, but I remember hearing something from Mark Richt that sounded an awful lot like we'd bust out the black jerseys again sometime this season; the only real question in my mind is when. There's a small chance we could bring them to Baton Rouge in October, since LSU is well-known for wearing white at home, but that'd probably be seen as an unnecessary tweak to a wild Tiger Stadium home crowd that certainly doesn't need any extra incentive to be in full-throated Three Hours' Hate mode against us that night. No, we'll almost certainly wear them at home, and I'm guessing they get brought out against Tennessee. That's going to be a huge game for us after the last couple of ugly blowouts in this series, and while you'd think past embarrassments would be motivation enough, we thought the same thing last year and it clearly didn't work. So maybe it's time to pull out the motivational stops, even do another stadium-wide blackout. I sure enjoyed the last one. 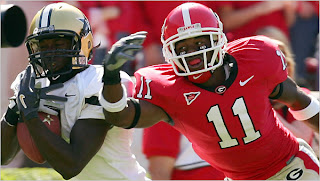 Georgia won't cover the spread, whatever it is, against Vanderbilt
Georgia's only 2-3 ATS versus Vanderbilt over the last five seasons, and one of those wins was by 17 points when the spread was -16. Now look at where the Vandy game is situated this season: right after that epic grudge match against Tennessee and right before a trip to LSU that will present the biggest threat to our national-title hopes the entire season up to that point. You think we'll have our minds entirely on the Commodores, whose best-case scenario will be entering Sanford Stadium at .500? Me neither, and while some will say, "C'mon, Doug, it's Homecoming," but fat lot of good that did us last year. My advice -- and I promise this is better advice than when I told you to take UTEP over Buffalo last night, is to put your money on Vanderbilt plus points, however many points it ends up being. 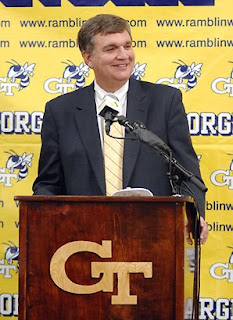 Georgia Southern will play us closer than Georgia Tech will
That's a minor variation on a prediction Kyle King already made, and it's a bit riskier after the Jackets popped Jacksonville State 41-14 last night, Tech got two touchdowns off of drives of 27 and 44 yards and benefitted from a +2 turnover ratio; not to mention that even last year's drag-ass Tech offense managed to lay 69 points on D-IAA Samford. It was a promising first showing by Paul Johnson's offense, to be sure, but the defenses they'll be facing only get much tougher from here. And I have a feeling that somebody on the Flats, be it Paul Johnson or a player, will say something just stupid enough in Georgia's direction between now and Thanksgiving that we'll be even more motivated to punch them in the mouth than usual. 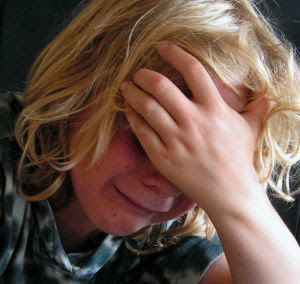 We won't go undefeated
Again, nothing you probably haven't heard already from numerous Dawg fans, but I figured I might as well go ahead and fess up to it now -- we're gonna lose to somebody this year. After all the shit I've talked about Urban Meyer the past few months, God is probably just waiting to lower the karmic boom on me and send the Dawgs to their doom in Jacksonville. But that doesn't mean we can't make a credible national-title run anyway, and if it comes down to a Pepsi Challenge between a one-loss Dawg team and any of the big national contenders from other name-brand conferences, I'm still takin' the Dawgs.

And now for your Random Tens, as well as your predictions -- about Georgia, about another team, about hurricane season, the election, whatever tickles your fancy -- in the comments.
Posted by Astronaut Mike Dexter at 7:56 AM

Email ThisBlogThis!Share to TwitterShare to FacebookShare to Pinterest
Labels: blogs that are better than mine, fearless predictions, football, Friday Random Ten, georgia bulldogs

That picture for your last prediction there made me laugh. I've felt like that so many a time.

Love those crazy Jackets!
http://www.youtube.com/watch?v=3aI6EAsKvgg
Apparently this was played on the big screen before the game.

We won't have to wait for the USC-OSU. The dawgs looked like one of Richt's old undisciplined, sloppy teams yesterday.

I think the blackout could and should be Alabama. 100% chance Gameday will be there unless Georgia or Bama somehow stumbles between now and then. Bank it. Blackout September 27.

I stand corrected actually...with GA at Arizona State the preceding weekend, surely Gameday would pick that game over Florida-LSU because the GA-ASU game is on ABC. I still think Bama should be the blackout, though.