One of my fondest dreams, for when I become a fabulously wealthy novelist/screenwriter/kept man/whatever, is to buy up millions of Lego bricks and have a "Lego room" set aside in my house where I can just spread out and build stuff all over the place. But for right now, I'll settle for this. 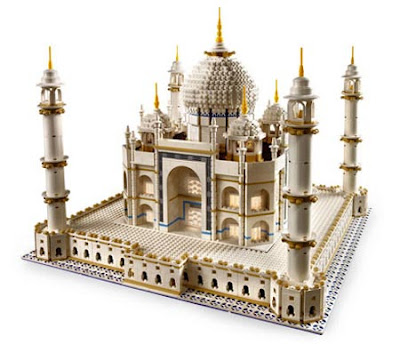 And this isn't even something that some random guy cooked up in his basement. This is actually going on sale, and if you think I'm too proud to beg for one for Christmas, then you don't know me at all. Every year around the same time, I ask my parents for some big Lego set -- a few years ago it was the "Star Wars" AT-AT, more recently it was the Imperial Star Destroyer -- and every year they're like, "You're thirty years old, Doug. Thirty." But maybe they'll make an exception for the Taj Mahal. We'll see.

(I ended up going out and getting the AT-AT myself. That'll show them.)

Incidentally, for a glimpse of the kinds of things I plan on doing once I get filthy rich and have my Lego room, here's a Lego Beijing Olympic Village and a video of the Lego Kennedy Space Center. 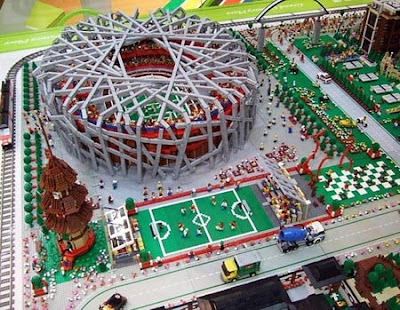 That is the most awesome toy I've ever seen in my adult life.

Doug I really want you to have it. You deserve it. Surely your blog has given at least $300 worth of pleasure in the 2+ years since I've been visiting, but I don't want to be a fantard. And I'm broke. Plus we don't know each other and my presence here has never been acknowledged, save for the time I was anonymously ridiculed for my aversion to chewing gum so it would just be weird. I want you to know that I did contemplate it though. It's the thought that counts. ;)

If you get that rich you should probably just make the room out of legos.

I figure if you had a million dollars, you could hook that up.