Roundtable #4: Evil monkeys, coed sandwiches, and A Flock of Seagulls.

This week's Blogpoll roundtable arrives courtesy of CrossCyed, which bills itself as "home of one of the 7 people on the Internet that care to blog about Iowa State athletics." My answers to his questions are below, but first I got a question for him: What would happen if the Iowa State Cyclones met the Miami Hurricanes? Hm?

1. We're about halfway through the season at this point. Have you gotten a gauge on your team's chances this year to make noise in conference play, or is the team still a total freaking mystery?

Man, I'm not sure I even know the answer to that question. Of course, any "mystery" I still feel with regard to the Bulldogs may simply be the result of blind hope on my part that our offense isn't as godawful as it's looked over the last couple weeks. I'll simply say this: If the last two weeks were simply a particularly embarrassing trough and things are going to start heading upwards again once, say, Joe Tereshinski comes back, then we've still got a chance to finish the regular season with 10 wins like I predicted in my SEC East preview a couple months ago. If, on the other hand, the last couple weeks are actually a fairly accurate representation, then it looks like we're headed for 8-4. Our defense is strong enough all by itself to keep us from getting abjectly humiliated in those four losses, but we're going to have to display some kind of expertise with what the kids are calling the "forward pass" if we want to turn any of them into wins.

I will say this: Looking back over my comments in the wake of the Georgia-Ole Miss game, it seems I may have come across as a little overly negative. Analyses I've read in my own comments thread and at other blogs have helped me put things in perspective, particularly this take from The Cover Two. If we're at a point where eight wins and a potential New Year's bowl is considered a disappointment, then our program is in pretty good shape. I guess what's frustrated me so much about the past couple weeks is that we're somehow unable to do stuff we did just fine at the beginning of the season. We completed passes, ran well, and came out of the box strong on defense against South Carolina and UAB; is there really anything about Colorado or Missouri that should make it harder for us to do those things? (And of all the people to block two of our punts, fucking Ole Miss? Really?) In the end, it may turn out that we are indeed an 8-4 team, which, with the rebuilding we've had to do this season, wouldn't be the absolute worst thing in the world. But without meaning to come off as the evil, accusing monkey in Mark Richt's closet, it just seems like we're doing things right now that even 8-4 teams don't do. 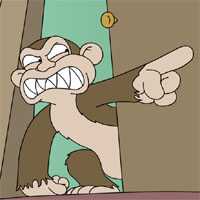 The way it works in the SEC is you play all five other teams from your division and then three from the other division; one of those is a "permanent opponent" (ours is Auburn, to perpetuate a rivalry that goes back more than 110 years), and the other two rotate so that you've got one at home and one on the road each year. It used to be that you had two permanent opponents and one that rotated -- which was kinda awesome because it meant we also got to play Ole Miss every year, meaning that at least once every 365 days you could find either Athens or Oxford packed to the gills with both Georgia and Ole Miss coeds -- but I do kind of like the greater variety that the current system offers. 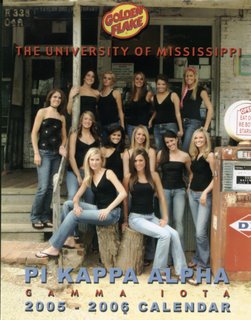 Anything that makes this a more common sight is something worth continuing.

As far as catching a break . . . well, so far under Mark Richt we're 8-1 against rotating SEC West opponents, so if you want to call that "catching a break," then feel free. Of course, we did manage to get both Ole Miss and Mississippi State on the schedule this season, which was pretty lucky considering the rebuilding we're in the midst of. Let's just say that if we had Florida's SEC-W slate (Alabama, LSU, and Auburn in consecutive weeks) I'd probably be in therapy right now.

3. In an effort to get to know more about college football, both nationally and regionally, what have you done to expand your college football horizons? Have you caught yourself watching games from other conferences, or taking an interest in games that show up on ESPNU or Fox Sports?

Oh, yeah, I've always done that. I've told people for a long time that if I was flipping through channels and caught Wetumpka Tech playing Southern Alabama School for the Deaf, Dumb, and Blind, I'd probably a) tune in, 'cause it's football, and b) be able to pick somebody to root for. If it's a Wednesday night and I don't have anything better to do -- and there's a good chance I don't -- you may find me tuning in to whatever MAC game the Deuce has inexplicably decided to air in the middle of the week. Why? It's football! I can muster an interest in probably just about any college game that's offered up, though some obviously more than others.

4. What would you change about the current exposure your team gets, either on the radio, television, print, or on the internet?

I'd zap any sportswriter, commentator, or TV personality with a couple thousand volts every time they mentioned how we've only beaten Florida since 1990. Other than that, I don't have too many complaints about how the Dawgs are covered. Not to sound like a complete snob, but we're pretty much the marquee program in the state of Georgia, and the coverage in the bigger papers like the Atlanta Journal-Constitution, Columbus Ledger-Enquirer, etc., reflects that; this is something that Tech fans constantly fume about, particularly with respect to the AJC, but my advice to them is: Fill up your damn stadium, then bitch. I do wish that some of the larger TV/internet outlets could manage to pull their noses out of USC's and Notre Dame's sphincters for a few moments and give us a little more attention, but that's clearly not a complaint exclusive to the UGA fan base.

5. During last Saturday's game against I-AA Northern Iowa, Iowa State trailed 21-7 at the half. The Cyclone Marching Band played a variety of songs from animated shows, including selections from South Park titled "Blame Canada" and "What Would Brian Boitano Do?" Needless to say, the Cyclones outscored the Panthers 21-6 in the second half. If you had to pick one song for your favorite team to rally to, what would it be? Because we all know what they did for the 2005 White Sox, Journey and "Don't Stop Believing" are not to be considered.

Wow, one song? That's tough. For a long time I've wanted the Georgia Redcoat Marching Band to play a medley of '80s New Wave tunes such as "Whip It," "Take On Me," and A Flock of Seagulls' classic "I Ran (So Far Away)," but one song . . . I guess it'd have to be something really upbeat and anthemic, so I'll go with U2's "Where the Streets Have No Name." Even more badass: Getting them to play it from the third deck of the stadium.


Just gotta play it and get the hell out before the campus cops show up.
Posted by Astronaut Mike Dexter at 2:27 PM

I am in 100% agreement with you, and not just because my study partner is an Ole Miss grad and former cheerleader/pom girl there. I am not sure of the difference between cheerleaders and pom girls, genetically I think they are the same.

But damn they are bodacious.

And I say that in a respectful, non sexist way.

I enjoyed the post but am not really sure what CrossCyed meant by his 2nd question.

The SEC is number 1 in attendence and revenue. It also has more member universities than the big 10.

Furthermore we make up 4 out of the top 10. Two teams on our schedule are ranked in the top 10.