The forecast calls for PAIN whoopsy. 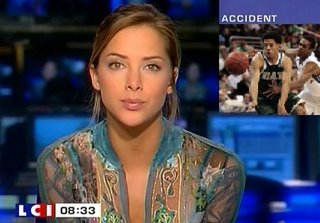 Well, that's what I get for pooh-poohing the power of Ashley Judd. UAB fought valiantly against Kentucky for the entire game, and even led for the majority of the first half, but were undone by the usual mediocre free-throw shooting and what seemed like a never-ending stream of spectacularly ill-advised three-point shots down the stretch to lose to Kentucky, 69-64.

Worse, my bracket -- which had looked so squeaky-clean after Thursday's games -- took a major hit as Kansas took their opportunity to politely bow out so that a plucky but unheralded underdog could have a shot at the big one. Which was real generous of them, except I had y'all in my Final fricking Four, dumbasses. It's almost like y'all don't want me to win the $75 or something! ('Cause it really is all about me this time of year, OK?) 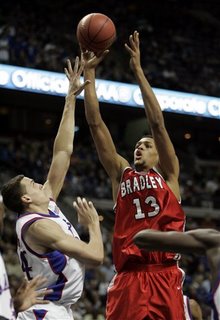 What's the matter with Kansas? Their shots from the arc were almost as bad as UAB's, for starters.

Nevertheless, there is still hope . . . but all of it hinges on Boston College and Illinois. (Note to self: Your obsession with #4 seeds is like Jessica Simpson -- cute, but stupid.)

Even if this all comes crashing down around me, though, I still won't feel as stupid as the Dallas Cowboys. Signing Terrell Owens? On purpose? That doesn't even get credit for hubris -- that's something straight out of the old SNL "Bad Idea Jeans" sketch. Of course, for those in Big D who were really gonna miss Me-Shawn, it'll be like he never left. 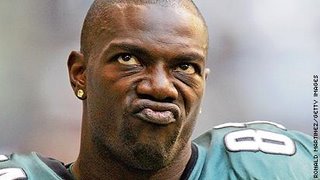 Well, he's an ex free-base addict, and he's trying to turn around, and he needs a place to stay for a couple of months.
Posted by Astronaut Mike Dexter at 8:05 AM

Email ThisBlogThis!Share to TwitterShare to FacebookShare to Pinterest
Labels: teh suxxorz, UAB Blazers

But...but.... but Doug, in order for you to have had a perfect bracket after Thursday, you would have needed to pick Tennessee to win.... What does it mean?

Not sure where, but the other day I saw online some NSFW pics of Ms. Theuriau at one of the Cote d'azure's finest beaches. Thought you might want to take a look. Might've been at Thighs Wide Shut.

Allow me to gloat before Duke loses and my bracket goes to shit as usual...

1st place bitches! Even after being peer-pressured into taking UAB. ;)

Still perfect in Minneapolis too... Now let's all watch as somebody nobody picked like LSU or Texas wins the whole damn thing.

Doug- re: Melissa Theuriau- eat your heart out. DO NOT OPEN THIS AT WORK!!!http://dailyniner.com/melissat1.shtml

Sure she looks great, but I had to dump her,,, she can' surf.