If you think it's hard out there for a pimp, try being a conservative trying to act like he doesn't care about Hollywood.

Of course, if I'm going to criticize the Oscars for a Stupid Liberal Trick, it's only fair that I should set aside some abuse for the conservatives who, around this time every year, launch into their boilerplate diatribes about how Hollywood is a joke and the Oscars are meaningless and why would anyone pay any attention to them because they're, like, stupid. Oh, and they hate mainstream America. (I mean, I'm just doing this to be fair and balanced. You guys don't want me to be unfair or unbalanced, do you?)

Those of you who read this blog for the sports stuff may recall the Q&A exchange I did back before the Georgia-Georgia Tech game with Nathan, a GT blogger. Among other things, Nathan asked me what bugged Georgia fans about Techies, and I used that as an opportunity to discuss at length the inferiority complex Techies have with respect to UGA -- and how their repeated denials of same only cement that fact. I illustrated this with a reference to Tech "columnist" Dr. Football, who uses one-third to one-half of his column each week to whine about how Tech doesn't get nearly as much coverage in the Atlanta sports media as UGA does. He bitches about how Georgia gets too much attention, then proceeds to devote hundreds and hundreds of words to Georgia -- Mark Richt isn't that good a coach, Mark Bradley is a UGA homer, on and on and on. The more time and energy people like Dr. Football spend whining about how everyone thinks Georgia is the premier football program in the state, the more he reinforces that perception. The more they complain aloud about how much attention Georgia gets . . . the more attention Georgia gets.

What the tits does all this have to do with the Oscars, you ask? Because Hollywood is Georgia and its right-wing critics are Georgia Tech. Those right-wingers I mentioned earlier, despite claiming to believe that Hollywood is irrelevant and therefore the Oscars are a joke, flocked to the Academy Awards like moths to a flame. Captain's Quarters live-blogged the ceremony, as did Ann Althouse; National Review Online did a roundtable on the Oscars, attempting to be as condescending as possible; even Pajamas Media live-blogged the thing.

Right-wing Hollywoodphobes spend all this time and effort grouching about how Hollywood is out of touch and nobody should pay attention to them anymore . . . and in the process they just end up giving them more attention. At least Pajamas Media, in their liveblogging intro, had the self-awareness to fess up to the fact that, yeah, we do care about all this Oscar crap even if we say we don't, but all the other rightie bloggers apparently completely missed the irony inherent in the idea that if you're willing to pay all this attention and devote all these words to the Academy Awards, then they must not be as irrelevant as the right wing claims they are.

It's especially funny to hear them rail against George Clooney for his "proud to be out of touch" remark. Jeez, are y'all really too dumb to realize he knew exactly how much he'd be pissing you off when he said that? But hey, good job feeding his ego -- I'm sure that right before he falls asleep at night, on his big pile of money with many beautiful ladies, he has a chuckle at all the breath you guys have wasted talking about how unimportant he is. Clooney's kind of becoming the left's version of Ann Coulter in that regard, if you think about it, but we've clearly got the better-looking, wittier, and more talented side of that coin. 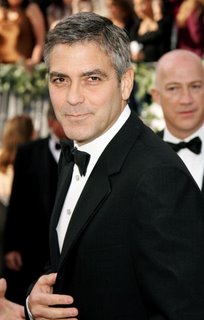 Hard out there for a pimp? Oh, I beg to differ, sir.

I realize I may be put on straight-guy probation for this, but I agree with Benjie on this one, despite his opposite sexual orientation -- I'd fuck George Clooney before I allowed my dick within 10 miles of Ann Coulter, and it ain't even close.

Anyway, what I'm saying, conservatives, is don't be Georgia Tech. You can either think that the Oscars are just an irrelevant wankfest, or you can spend 1,000+ words criticizing them, but if you try to do both all you do is sound as dumb as Steve Buscemi's character from the (Academy-Award-winning) movie "Fargo": "Oh, fuck it, I don't have to talk either, man! See how you like it. . . . Just total fuckin' silence. . . . Two can play at that game, smart guy. . . . We'll just see how you like it. . . . Total silence." And we all know what happened at the end of that movie: The other guy in the car ended up feeding Buscemi into a wood chipper. I'm not saying. I'm just saying.

Or, as I told Keira Knightley the other night, "Baby, the more you talk about how you're over me, the more I know it ain't true." 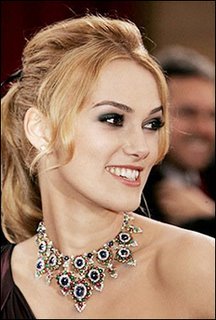 Don't let the smile fool you, kids, she still wants me.

Anyway, that's about all I've got on the Oscars, except to say that while I appreciate the Academy for being groundbreaking and untraditional, I just don't see what the big deal is about that "Hard Out There for a Pimp" song. I mean, Ice-T already told us pimpin' wasn't easy, nearly 20 years ago -- this is news? 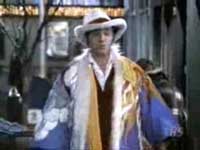 Email ThisBlogThis!Share to TwitterShare to FacebookShare to Pinterest
Labels: pimping is actually quite difficult, politics

Like you said, it ain't even close. Shit, I think I'd fuck Carrot Top before I'd fuck Ann Coulter

Keira never mentions you to me; sure she complains I should get to the gym more often, eat right and worries about Jessica coming around all the time, but she has never mentioned you. Are you sure it wasn't Ann Coulter that was talking about you?

I am a conservative, I think the Oscars are total horseshit (proven by the "Crash" win), I watch them every year, and I can enjoy movies that have a liberal message (loved "Brokeback," was bored by "Good Night & Good Luck"). That said, last night's show was awful, and not the usual "this sucks so bad it's great" variety. Vince Vaughn and Owen Wilson should host next year.

"Right-wing Hollywoodphobes spend all this time and effort grouching about how Hollywood is out of touch and nobody should pay attention to them anymore . . . and in the process they just end up giving them more attention" .... Sort of like how you spend all your time complaining about conversatives, eh?

Anyways, love the blog, read it all the time. However I can't for the life of me see how you came out of UGA a liberal -- that's reserved for the feminists, townies, and art students.

Last night's show was kinda boring. Charlize Theron probably suspected as much would happen, which is why she wore that gigantic bow on her shoulder. It could double as a pillow so she could take a nap.

I read somewhere that the CRASH slo-mo dance number, my favorite moment of the night, was 300 times more subtle than the movie itself.

Elisha and I are watching her episode of "24" right now, and she said she can't figure why you never call her anymore.

Great blog Doug, but I think the ratings tell the real story. Yes, Hollywood is out of touch, but no more so than the people who demonize it. The opposite of love isn't hatred, and most Americans just don't give a shit about which of the lousy movies was best this year.