Earlier this week I managed to establish, in quantitative terms, that former Tennessee head coach Lane Kiffin was actually a dumber hire for USC than Chan "Beige Alert" Gailey was for the Buffalo Bills. No need to thank me; I do it for the kids. But simply making a determination like that is only of so much use if it doesn't come with any suggestions as to who might be better. When Kiffykins inevitably gets shown the door in L.A. after three or four seasons of not coming within 100 miles of the Rose Bowl (metaphorically speaking, of course -- the stadium itself is actually just a quick drive up the 110 from the USC campus), they're gonna need some names, stat.

Well, guess who's got 'em? OK, yeah, Jimmy Sexton, but guess who else? That's right, I do. Don't ever say I never gave you anything, Trojans, because somewhere in this post is your next football coach -- today's +5 is Five People Who Would Make A Better Head Coach Of The USC Trojans Than Lane Kiffin. 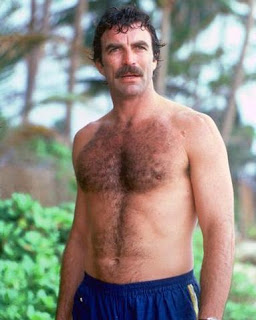 Tom Selleck
Kiffykins fancies himself a badass, but he's not even in the same badass solar system as Magnum, P.I., who attended USC on a basketball scholarship in the 1960s. (According to Wikipedia, while in college he made two appearances on "The Dating Game" and lost both times, which is bullshit -- what kind of woman turns down The Selleck?) Based on his experience in films such as "Three Men and a Baby," we know he responds well to high-stress situations; based on his time as Magnum, we know he can restore the swagger to what was, until recently, the invincible hope-crusher of the Pac-10. 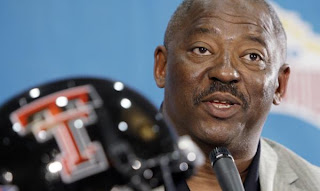 Ruffin McNeill
Came within an eyelash of getting Texas Tech's head-coaching position after leading them to a 10-point win in the Alamo Bowl as the interim coach. Turned around the languishing Red Raider defense almost singlehandedly. And don't tell me he's not a leader of men -- if he can train a shrimpy little white guy like Little Mac into a Mike-Tyson-beater, he can coach the shit out of the Trojans. 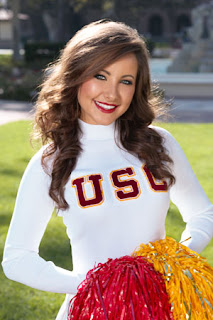 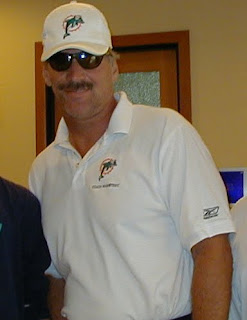 Dave Wannstedt
If all the Trojans are looking for is a guy who tanked in the NFL but has been so-so as a college head coach, why not go with a more proven quantity in the Wannstache, who at least managed to win 10 games this season? Kiffin's barely won 10 games in his career. 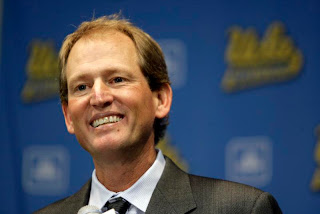 Rick Neuheisel
They'd never get him, of course, 'cause Slick Rick's a UCLA man born and raised, but Neuheisel was perfecting the cheeky-young-douchebag-coach shtick when Lane Kiffin was still begging his dad to let him take the Buick out on Friday nights. No angel as far as NCAA sanctions are concerned, but let's be real here, if USC gave a rat's ass about that then they wouldn't have hired Kiffin in the first place. Won a Cotton Bowl at Colorado and a Rose Bowl at Washington, both of which have mostly stunk on ice since he left; UCLA may still be paddling its way back to respectability at the moment, but don't be surprised if, a few years from now, the Trojans are casting envious glances up I-5 at what Neuheisel's been able to put together in Westwood.

Happy Friday, folks -- your Random Tens and/or suggestions for better options than Kiffykins are welcome in the comments.
Posted by Astronaut Mike Dexter at 10:56 AM

I think my girlfriend would have been a better hire than Kiffin, and her level of football competency is right around the point where she still giggles every time I say "Tight End."

Actually, come to think of it, your girlfriend wouldn't be a bad hire either.

Good stuff, although only Trojans living in Orange County would use the I-5 as a reference point in said glancing.