BlogPoll ballot final: The Tide is high once again. 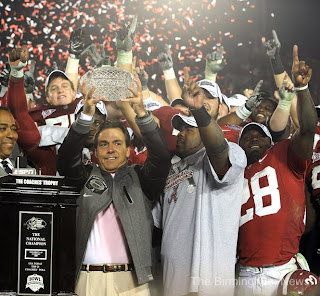 Alabama is back on top of the mountain now that one of the least suspenseful college-football seasons in recent memory has come to a close. Some of the bowl games, though, added some late suspense to an otherwise predictable season (and threw postseason ballots into another state of chaos). My final rankings, and best attempt at explaining them, are as follows. 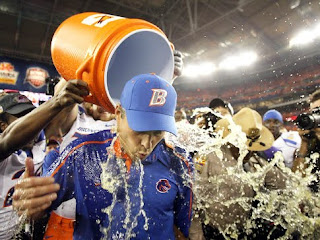 · Alabama at #1 is no surprise, but Boise at #2 might be. Here's my justification: Boise went 14-0, won every game by double digits except for two (one of them being the Fiesta Bowl), and their defense bookended the season by crushing two of the best offenses in the country, Oregon's and TCU's. Who's to say the Broncos couldn't slow down Florida enough to beat them? Or Texas, a team that found itself stuck in halftime dogfights with everyone from Oklahoma to Texas A&M to Colorado this season? The Broncos and Longhorns finished the season with the same number of wins over teams ranked in the coaches' poll (and Boise had more wins over teams in the final AP poll, since the sportswriters didn't see fit to rank Oklahoma State). The Broncos are a worthy #2 pick, and I wouldn't be surprised to see them in that very position when the 2010 preseason polls come out.

· The biggest climber in this final ballot is Nebraska, whose performance in the achingly close B12 title game I may have undervalued, and who absolutely demolished a good Arizona team in the Holiday Bowl. If the Cornhuskers have found an offense to go with Bo Pelini's defense, another 'Husker dynasty may not be that far off; there certainly doesn't seem to be anyone in the Big 12 North capable of challenging them for division dominance anytime soon. 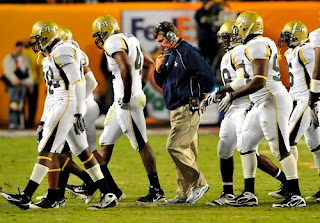 · Georgia Tech probably should've dropped more after getting statistically dominated by Iowa in the Orange Bowl (their second bad performance in their last three games), but I don't know whom to put above them; I probably shouldn't even have Virginia Tech above them, considering the Jackets beat VT earlier in the year. By the same token, I probably dropped Miami (a team that beat GT early in the season) too much, but that was a baaaad bowl performance against Wisconsin, and the Hurricanes' wins over Florida State and Oklahoma -- which all looked like marquee victories back in September -- didn't quite pan out that way. Other than the win over Georgia Tech, Miami doesn't really have a win over an elite team this year.

· Gone from the poll entirely are Cal, West Virginia, and Oregon State, all of whom lost to underdog bowl opponents in fairly embarrassing fashion, and Central Michigan, who won their bowl. I hated to drop CMU out of the top 25, particularly after a victory, but they needed a herculean comeback and two OTs to put away a Troy team that lost by 50 and 36 to the two BCS-conference opponents it faced this season, and that has only three wins over DI-A non-conference competition in the past five seasons. I just can't justify putting the Chippewas above someone like, say, Miami or Clemson, no matter how much I might want to rank them for sentimental reasons.

· Those dropouts are replaced by four teams sneaking in under the wire and making my final rankings of the 2009-10 season: Texas Tech, Utah, Wisconsin, and Oklahoma, all of whom won their bowl games. I've taken a fair bit of heat for maintaining some faith in the Sooners throughout most of their very frustrating 2009 campaign, but they closed out their season with a dominating shutout over Oklahoma State and a solid win over a ranked Stanford team, so clearly they haven't given up just yet. I toyed with the idea of putting Clemson back in the top 25 after their bowl win, but they didn't exactly punch Kentucky's lights out, and finishing the season with a bad loss to a mediocre-at-best South Carolina team, a loss to Georgia Tech in the ACC title game (however valiant), and a ho-hum win over a 7-5 team in Nashville isn't really the sign of a team functioning at a high level. 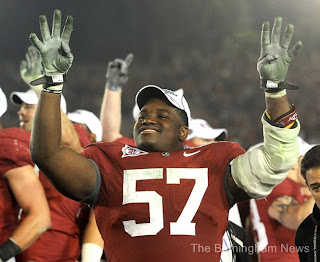 1. Alabama -- That wasn't the prettiest national-title-game performance I've ever seen by a long shot, but it got the job done. The Bama dynasty is back for as long as Nick Saban sticks around.

2. Florida -- Praise Jesus, we're done hearing about Tebow (on Saturdays, at least). Only problem is now we're subjected to the Urban Meyer soap opera instead. Damn you, Gators, damn you to hell.

3. Ole Miss -- The fact that they rank this high tells you a little about just how down the SEC was this year. Truly, it was Alabama, Florida, and everyone else.

4. LSU -- They were a couple coaching brain-farts away from eleven wins and
national-title-contender status going into next season. Instead, they're just another sub-elite team whose fans are starting to get tired of their head coach. 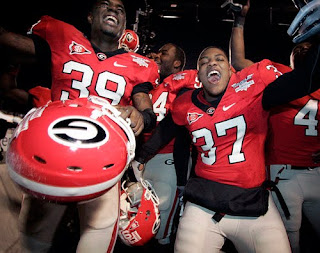 5. Georgia -- As bad as this season looked compared to the rest of Mark Richt's oeuvre, consider: We played a top-ten schedule, finished with the nation's second-worst turnover margin, and still pulled out eight wins. If the Dawgs can hire a top-notch D-coordinator and fix the turnover issues, they may make us forget about the 2009 campaign sooner than we thought.

6. Tennessee -- Laid a rather unfortunate egg in the final game of Kiffin's rookie season, but he says it was all part of the plan. Just like not having a quarterback next year.

7. Arkansas -- An inexplicable performance in the Liberty Bowl (what happened to their offense? and when did they figure out how to play D?) pretty much fits with their general inconsistency over the course of the season. But if the defensive chops they showed against ECU are an indication of things to come, they're poised for another step forward in 2010.

8. Auburn -- Tried every way they could think of to lose that Outback Bowl, which sort of fits with the way they played over the second half of the regular season, too. But I'm terrified of what these guys could do next year. 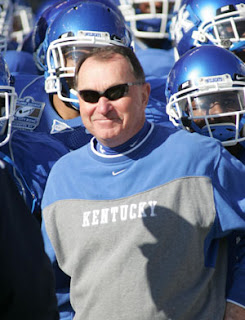 9. Kentucky -- Rich Brooks did a fantastic job leading the Wildcats out of what looked like a bottomless pit in the early '00s, but at the same time there was a ceiling to what his teams could achieve. It'll be interesting to see whether Joker Phillips can break through that or if UK is just destined to be a good-but-not-great program.

10. Mississippi State -- Don't know how much progress they can reasonably expect to make next year without Anthony Dixon to rely on, but I'm not ready to count them out of a bowl bid, either.

11. South Carolina -- In the immediate wake of Urban Meyer's semi-resignation, some people were already suggesting the Gamecocks as next season's trendy SEC East pick because they were arguably the team with the fewest question marks in 2010. The Papajohns.com Bowl, though, reminded us of the biggest question mark of all -- to wit, will South Carolina as a program ever be able to pull its collective head out of its collective ass? I don't think it's an overstatement to call that the worst performance of the '09-'10 bowl season.

12. Vanderbilt -- Was this just a one-year hiccup for a team breaking in a fairly green offense, or a sign of the 'Dores regressing back to mere-nuisance status? Do any Vandy fans care enough to start a firebobbyjohnson.com Web site if it's the latter?
Posted by Astronaut Mike Dexter at 9:21 AM

If Boise State played Florida next weekend and the line was pickem and you absolutely had to place $100 on one of them, are you seriously telling me you would plunk it down on fricking Boise? Why, because they beat TCU? Florida had one loss to the best team in college football by a wide margin. You saying Boise would have beat Bama? Other than that ranking pretty decent article, cept I would have had Penn State much higher.