The Friday Random Ten+5 crosses its fingers and hopes for the best in 2010.

After a protracted holiday-induced absence, the Friday Random Ten+5 is back to say . . . man, 2009 really sucked. I mean, I'm not going to say everything that happened last year was bad, but any year in which I lose my job, get sued, have three back surgeries, have to move back in with my parents, the Dawgs lose five games, and the Redskins go 4-12 is not one I'm likely to look back upon fondly. The year had its isolated bright spots, but on the whole, 2010 almost has to be better by default.

I'm optimistic about this new year, and I'm full of hopes for various things -- obviously including finding a job, getting a new car, the Dawgs hiring a kick-ass defensive coordinator and running roughshod over the rest of the SEC East, that sort of thing -- but I've also got some assorted aspirations and hopes that fall outside those usual sorts of things. These are things that I believe can benefit not just me but all of society, and in the first +5 of 2010, I'm sharing them with you -- Five Things I Hope Happen In The New Year. 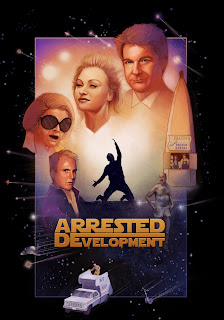 The "Arrested Development" movie finally coming to fruition
First we were told it was happening. Then we were told nothing was actually happening yet. Then we were told that it's happening, and it has a screenwriter, he just hasn't actually written anything yet. C'mon, guys, make this movie so it can be hilarious and a runaway success and get the TV series re-started on a network that actually appreciates it. Like, what about an NBC Thursday-night lineup including "The Office," "Arrested Development," and "30 Rock"? That's a lineup so awesome it might actually turn Jay Leno at 10:00 funny. Well, OK, that might be setting the bar a bit too high, but we can always hope. 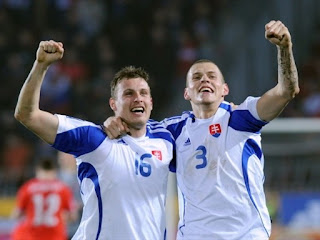 Slovakia making the final four of the World Cup
My esteemed countrymen from the glorious sovereign nation of Slovakia have made the cut of 32 for the World Cup this summer, and few things would make me happier than to see them make it into the semifinals. Or into the semifinals (against the USA, of course). If that can't happen, then I want the Slovak hockey team to win the gold medal in the Winter Olympics. 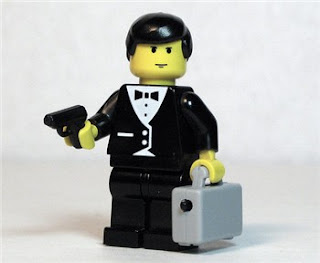 Lego coming out with a James Bond series
They already have Star Wars figures who carry guns of some type, not to mention the "Agents" series, in which many of the minifigs are armed as well. Why not go all the way and introduce a James Bond series to tie in with the next Bond film, due to start filming later this year? They could make the tricked-out Aston Martin from "Goldfinger," the bad guy's secret under-lake satellite base from "Goldeneye," the two airplanes from the shootout in "Quantum of Solace," the possibilities are endless. (Just leave "Die Another Day" out of it. That one sucked.) 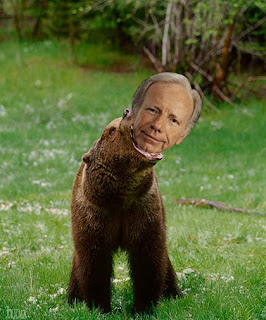 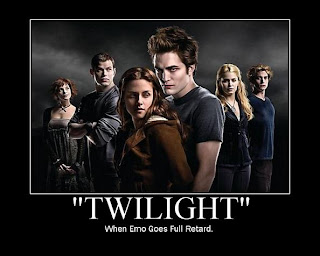 A huge nationwide backlash against the Twilight franchise
Baby sis has already expounded upon why the Twilight book series is not only appallingly poorly written but also in danger of making our young girls believe some horrible, horrible things about men and relationships, and done it better than I could, so I'll stay away from the literary criticism. All I will say is that pre-teen girls are by and large the dumbest demographic in the entire human race -- it's almost like they start devolving around age 10 and don't catch back up with where they're suppposed to be until 17 or 18 -- so anything pre-teen girls like that much almost has to be idiotic by default. And while I have no doubt that the Twilight fad will burn itself out in due time (if nothing else can kill the franchise, the inevitably godawful adaptation of the final book in the series will), I'm praying that our nation comes to its meager senses before then. It just makes me sad, going into a theatre to see a good movie and having to wade through a line of teenage girls and middle-aged housewives about to live vicariously through this idiotic romance as an escape from their own shitty relationships. New rule: If you're an adult male married to a woman who would go see "Twilight" un-ironically under any circumstances, you are entitled to as many extramarital affairs as it takes to blot out that fact, however fleetingly. I really hope that if there are intelligent civilizations in other solar systems, they wait until after this fad has burned itself out to come visit us, because I don't want them thinking Stephanie Meyer was somehow the pinnacle of culture in our civilization or anything.

Those are mine . . . and Holly has one to add: "For Tim Tebow to tank at the combine, fall to 26th or wherever in the first round of the draft so that the Cowboys pick him up, he has a terrible first half of the season and announces after only eight weeks that he's retiring from football, and thus the Cowboys have lost their first-round pick and Tebow's a pussy."

Feel free to place your own Random Tens and/or wishes for the new year -- be they hopeful, magnanimous, vindictive, filthy, or some combination of any of those -- in the comments.
Posted by Astronaut Mike Dexter at 5:54 PM

Email ThisBlogThis!Share to TwitterShare to FacebookShare to Pinterest
Labels: for make benefit glorious nation of Slovakia, Friday Random Ten, legos, movies, people and things that are dead to me, stupidity, TV

I'll be honest here, i'm drunk. I'm having problems with my girlfriend but I think that picture of the Arrested Development/Star Wars was classic. GOB for President.

Sorry for your bad year, but it sounds better than this guy's.