The Friday Random Ten+5 encourages you to find a new repertoire.

After several months of vigorous sports consumption, both in person and on TV, one non-game-related thought really jumps out at me: Marching bands and stadium music supervisors desperately need some new material. I realize that certain songs just sort of lend themselves to the frenzied aggression of a competitive sporting event, but that's no excuse for drilling the same handful of songs into our heads just because we decided to sit down and watch someone throw, kick, or hit a damn ball.

Fortunately, as we hit something of a dead period in the sports world, with football season over and baseball season still several months away, now is the perfect time for the folks in charge of our stadium music to sit down, regroup, and come up with some new ideas. Because I'm a nice guy and everything, I've decided to get them started with this week's +5 -- Five Songs That Should Just Stop Being Played At Sporting Events Altogether, and I've even offered some helpful suggestions for what we should replace them with: 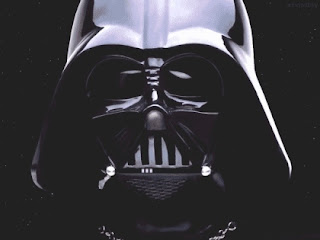 The Darth Vader march from "Star Wars"
OK, we get it. Darth Vader was an intimidating, tyrannical badass; thus, by playing his song, we must infer that your team is also made up of intimidating, tyrannical badasses! Except now this song has been played so many times by so many different teams it's become a cliché. Worse, it's become the musical equivalent of a fat chick in a "Hottie" T-shirt: If you have to tell us that you are one, you're not one.
Replace with: Monty Norman's "James Bond Theme." Why doesn't anybody use this? 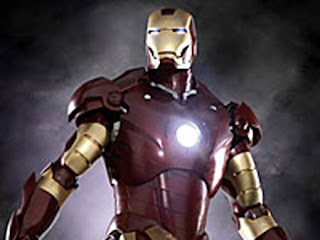 "Iron Man"
From the song's entry on Wikipedia: "The lyrics tell the story of a man who time travels into the future of the world, and sees the apocalypse. In the process of returning to the present, he is turned into steel by a magnetic field. He is rendered mute, unable verbally to warn people of his time of the impending destruction. His attempts to communicate are ignored and mocked. This causes Iron Man to become angry, and have his revenge on mankind, causing the destruction seen in his vision." That's an awfully complicated mythology for a song meant to be played in front of drunk, rowdy football fans.
Replace with: "You're a Mean One, Mr. Grinch." The Grinch is 10 times scarier than Iron Man. He stole Christmas, for fuck's sake! The birthday of our Lord and Savior! Tell me that's not hardcore!! 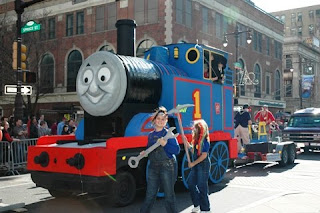 "Crazy Train"
Before anyone asks, no, I don't have anything against Ozzy Osbourne; I think he's awesome just as much as anyone else. But damn, has his oeuvre ever been run into the ground by sports teams. Auburn has been the worst offender in my personal experience, but clearly they're just the tip of the iceberg (thanks again, Wikipedia!). I think the only reason college marching bands play it is to see who can come up with the cleverest way of mimicking the "Aiee! Aiee! Aiee!" part at the beginning, and there are only so many ways you can do that before it just gets tired.
Replace with: "War Pigs." 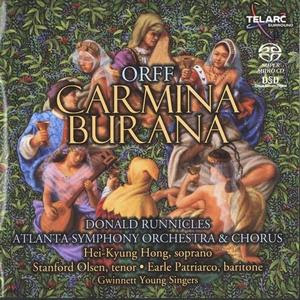 "O Fortuna" (from Carmina Burana)
Like the "Star Wars" Imperial March, this is one song whose thunder and bombast has just become tiresome, but unlike the Vader theme, it isn't even that intimidating. At least that song was meant to herald the arrival of a murderous despot, which could conceivably be used to lend badassedness to the team that played it. Contrast that with the woe-is-me-we're-all-gonna-die lyrics from "O Fortuna," here translated from the Latin -- college marching bands around the country, I do not think this song means what you think it means:

Fate, in health
and in virtue,
is now against me
driven on
and weighted down,
always enslaved.
So at this hour
without delay
pluck the vibrating string;
since through Fate
strikes down the strong,
everyone weep with me!

That's supposed to make people afraid of you? It sounds more like something that'd make everyone think you'd gone off your Prozac. I could see this song as being an appropriate funeral dirge for any fanbase that was about to go into battle behind a Willie Martinez defense, but otherwise it's really not that great an idea.
Replace with: R.E.M.'s "It's the End of the World As We Know It (And I Feel Fine)." If you're gonna do apocalyptic fatalism at a sporting event, you oughta do it with a smile. 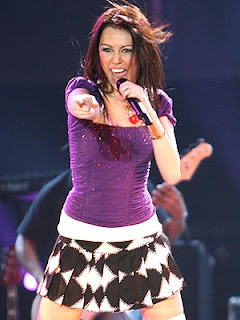 Any currently popular top 40 song
Rule of thumb: If a recently released pop song is still being played to death on mainstream radio, then it's too early to know how that song is going to be judged by history -- meaning that song you think is so awesome and anthemic right now could just end up making you a laughingstock when people are sifting through old archival footage 20 or 30 years from now. Like, I'm sure there were marching bands and stadium PA operators who were falling all over themselves to come up with renditions of "We Built This City" back in 1985, but they're probably not feeling so good about that decision now, are they? I only mention this because at the Falcons-Redskins game Holly and I attended back in November, the Georgia Dome music guys played this one Miley Cyrus song not once but twice. And I'll be honest with you: It was upbeat and catchy enough that in any other environment, be it a Gap store or a doctor's office or a gymnastics meet or what have you, I probably would've been tapping my foot along with it -- but this was an NFL game, for the love of God. The crowd assembled at that game collectively had no more interest in being treated to Miley Cyrus than they had in watching an NFL Films highlight reel of Steve Spurrier's coaching career on the Jumbotron. All I'm saying is know your audience, people. Particularly in Atlanta, you're telling me you couldn't dig up an OutKast song to fill that 30 seconds? "So Fresh, So Clean"? Is this thing on?
Replace with: "Where the Streets Have No Name." Perhaps the greatest pop anthem ever recorded, and one of the few mainstream rock songs in history that nobody will admit to outright hating. Someday, some band director is gonna figure out how to arrange the opening synthesizer chords and guitar arpeggios for a full college marching band, and it's gonna be awesome.

And I just realized that after writing about these songs, they're all stuck in my head to some degree . . . time to jump in front of a bus.

But before I do that, the Ten:

Incidentally, though it did not appear in this particular Random Ten, I think Wu-Tang Clan's "Protect Ya Neck" would be a fine selection for any of the female figure skaters competing in the upcoming Winter Olympics in Vancouver. Just a suggestion.

Feel free to throw your own Random Tens, most tiresome sporting-event songs, and/or suggestions for their replacements in the comments.
Posted by Astronaut Mike Dexter at 8:38 AM

Email ThisBlogThis!Share to TwitterShare to FacebookShare to Pinterest
Labels: Friday Random Ten, people and things that are dead to me, teh suxxorz

I promised myself I wouldn't pick up any new projects before I finished arranging "Break It Down Again" for marching band. But as soon as I'm done with that, I'll get right on U2.

I was ready to lob some compliments your way, but then I came to the "We Built This City" insults.

One does NOT insult Starship. You're dead to me.

No band should ever play that ESPN riff ever again. You know. Ba-da-DA, ba-da-DA! It's cool, but enough is enough!

You forgot "Zombie Nation." Seventy-five percent of the games I watched this year included a shot of the crowd dancing to that song. I like the song well enough, I just think it's getting way overplayed.

Whatever song it is that has people saying, "Oah oah oah oah oh oh!" or whatever it is should be shot into deep space. I think the Techies use is along w/ everyone else, and I even hear it at the Steg the other night. It's been around for a while, I think, but it's irritating. Whatever happened to simply letting the band play a repertoire of fight songs?

My suggestion? Twist and Shout by The Beatles, a la Ferris Bueller. It could make even Nick Saban smile.

As for Miley Cyrus, well anyone in attendance for the UGA-Kentucky game this year will fully understand where I'm coming from when I place all blame of that loss squarely on the boney shoulders of that girl and the sound people responsible. I've never been embarrassed to be in attendance at Sanford Stadium before, except for that one instance where that catchy tune was played much to the dancing glee of all UGA student sections including the frat boys. Miley Cyrus, stay the fuck out of my football!

Hallelujah, Doug! This piece should be branded into the hides of college marching band directors and stadium sound board techies from Honolulu to Coral Gables. Every time I hear that Iron Man and Darth Vader dreck, I'm figna vomick. I must give credit where credit is due, to your Bulldog band for playing Led Zep riffs for decades.

There's another little ditty that bands have overplayed into "Bolivian," as Mike Tyson puth it. Arkansas plays it. Auburn plays it. I have even heard Mountain West bands play it. It is based on U.S. military reveille or something, with a trumpet intro, answered by low brass with two big notes, then a little back and forth followed by an annoying Legend of Zelda you just found a good item-esque high trumpet four ascending notes. The sonic equivalent of a five-day unwashed butt crack. Kill that song and immolate all sheet music and wipe all hard drives of it.

I 100% agree with William. I was in attendance at the UK vs UGA game this year. It was an outright embarrassment to hear Miley Cyrus on the loudspeakers. I am a 26 year old female and I don't want that crap at my football games. I turned to my friend and told her that this is going to kill the crowd. And it did. The final nail in the coffin was that Bryan Evans was actually dancing to it on the sidelines...all by himself.