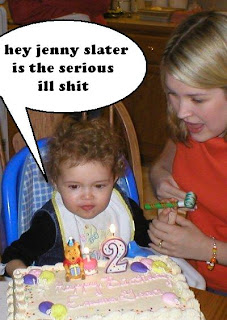 That's right, suckers -- today marks the second berfday of Hey Jenny Slater. Two glorious years of football trash-talking, political trash-talking, hot chicks, and indiscriminate cursing. How awesome is it? I think the phrase you're looking for is "extremely f$#!ing awesome," my friend.

That said, though, there may be some of you who have only started reading this blog recently, and two years is a lot to catch up on. I certainly don't expect you to go back and read five-hundred-something posts in one sitting, unless you're, like, a Maytag repairman or a backup quarterback for the Indianapolis Colts or Dick Cheney's ethics advisor and you really don't have anything else to do for the next couple weeks. For those of you who've just joined us, here's the gist of the first two years of Hey Jenny Slater, as condensed as I can possibly make it.

· The Georgia Bulldogs are awesome. Oops . . . no they're not. But wait, yes they are. And I am awesome for covering them. Whatever the case, Georgia Tech still sucks hard. 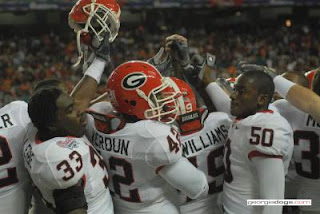 · And, of course, Boston Terriers. 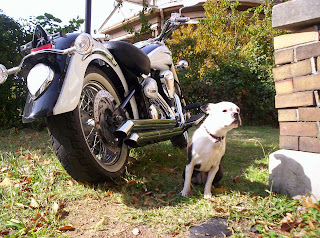 It doesn't get much more badass than this.

· "The Simpsons" and college football are practically the same thing; Pluto is a whiny little bitch; I am a hater; Sexy Santa costumes kick ass.

· I look like Elle MacPherson, yet am somehow still a loser.

· Nevertheless, that has not kept this blog from becoming the preferred blog of former Miss Georgia Monica Pang.

· Birthdays are important to me, so you should probably buy me stuff.

· I have a richly detailed fantasy life.

· But, completely separate from that, I will be moving to France soon because I'm the future husband of a French newscaster Melissa Theuriau, or (in the words of official Hey Jenny Slater friend-for-life Benjie) "that French chick who does the news in Barbie clothes." 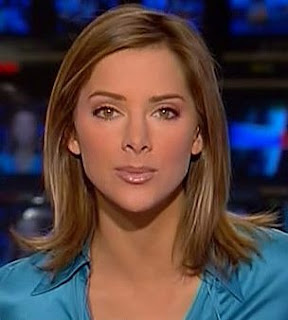 In some alternate dimension, this may actually be true.

· And finally, I throw toasters.

There. I hope that gets you up to speed. Now you are well qualified to jump into the comments thread and tell me how awesome I am.
Posted by Astronaut Mike Dexter at 8:15 AM

Melissa Theuriau is smoking hot, you're a lucky man.

The Pluto is a whiny bitch post remains one of the funniest things I've read on-line in the last year.

Not only all of that, but you're the one guy who can say he uses "indiscriminate cursing" but still writes "f$#!ing" in the same paragraph.

What can I say -- I've become such an expert at cursing that I've mastered both the indiscriminate and the discriminate variety. Fuckin' A.

Yeah, thanks for reopening that wound for your birthday celebration. Things have been really tough for me – I’m not friends with any of those jerks anymore, my moon left me and comets yell insults as they pass by. It’s really strained my relationship with Mercury and Venus too, because they don’t want to take sides. On the plus side, therapy is helping and Neptune’s all into me because she thinks I was trying to hit on her with my orbital nodes. Everyone knows she’s the slut who gave Jupiter that red spot, but I might still hit that.

She is hot man. You are one lucky fellow. Good luck and have a great life.
Drop into my blog on birthday ecards for some beautiful e-greeting cards and other interesting stuffs.

...you only threw one toaster!

Happy Birthday. I enjoy your blog. Keep up the good work and go ahead and post the rest of the stuff too, just as you have in the past.

In year three, would it be possible to have more Jenna photos? She's so dang cute.

Congrats! I put up a happy post for you at the Blues. Good to see you today.