Well, I guess I was gonna have to get around to mentioning this sooner or later, but I've added a new marker to my now-world-famous Platial map of places I've been dumped and/or rejected. Yup, I got the heave-ho on Monday, and on a voice-mail, no less. We were at the dog park, I asked her if she wanted to do something later on that week, she told me quite brusquely that she was going to be really busy the rest of the week, I went home and found that my cell phone had run out of power; when I plugged it in, I found that I had two voice-mails, one of which was her informing me that she just didn't have time for a relationship these days but that we could still be friends, and her friend Elisha Cuthbert thought I was cute and wanted to take me for a ride on her unicorn. (OK, I made up that last part, but it's no more ridiculous than the "we can still be friends" part.)

Anyhoo, instead of spending a lot of time pondering how many retarded kids' wheelchairs I must have knocked over in a former life to have earned this kind of luck with women, I bring you this Friday Not-So-Random Ten, which, coincidentally, is going to be the tracklisting of my forthcoming compilation CD of love songs. "Tender Love Songs," 10 of the least romantic songs ever recorded, soon to be available on TV and wherever CDs are sold! 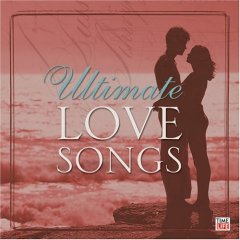 And a bonus track:

11. Billy Idol, "Dancing With Myself"

Before you spend a whole lot of time wondering if that last one really means what you think it does (answer: probably yes), I bring you further celebration of my recent dumpage, courtesy of YouTube: a delightful short film called "Home Base." The video isn't NSFW, but, uh, I'd probably watch it with headphones on if I were you.

Bon appetit! Oh, and feel free to leave your favorite non-romantic, blatantly disgusting, and/or otherwise inappropriate songs in the comments.
Posted by Astronaut Mike Dexter at 8:11 AM

My two additions to your list of terrible love songs are:

"Gimme That Nut" by Eazy-E

"The Ballad of Chasey Lain" by The Bloodhound Gang

"They're cumstains on my pillow- where you once laid your head."

For the benefit of the readers who haven't heard it- here's a link to the lyrics:

Throw in the old Guns 'n Roses "Used to love her (but I had to kill her)" and "Back of bitch".

make that "back off bitch"

or is that one too obvious?

Is there a song called "good riddance"? 'Cause seriously dude, you should be singing that one about Miss "Cell Phone Message We Can Still Be Friends." She's gonna wind up married to a salesman who completely ignores her, livin' in Hoover with two point three kids and bitchin about her nails. Let er go.

Sorry. But I guess that takes care of the problem of having to introduce her to the guys...

This will cheer you up, a new page with a Melissa Theuriau gallery, including the hard to find "topless on the beach" photos.... Your destiny awaits!

(I especially like the one where she is sucking on the hookah!)

Oh man, sorry to hear it. But just think, now you're a free man for all of those singles at the 4th of July BBQs.

I'm surprised that neither you nor Ann listed my favorite of all "I'm angry and pissed off and my heart has been ripped out of my chest" non-love songs: Prodigy's "Smack My Bitch up." fabulous.

Sorry to hear about the stupid skank.

"Dirty Deeds" - AC/DC (because Ann's willing to do them for ya, and I'm willing to help - and because over a voicemail is just a low down dirty thing to do.)

"I Hate Everything About You" - Three Doors Grace, it's pretty self explanitory.

Take care of yourself.

or self explanatory... gosh darn it.

Sorry about your dumptastic luck and her blatant rudeness. At least it wasn't a post-it note?

My addition:
"You're Gonna Get Yours"--Public Enemy

Be sure to give a listen to "Two Seater" (by Bowling for Soup). Not quite as raw as the other songs on your list, but a good "I got dumped" song, nonetheless.

Hey, you don't know shitty breakups until you've been broken up with through Facebook AND text messaging. Both happened to me in the past six months. Of course, I worked things out with the text messaging girl and we're still together, but, you know, the Facebook thing was pretty fucking lame.