Just because I'm up here in the Northeast/Mid-Atlantic/whatever (actually sitting at a Starbucks at the corner of King Street and St. Asaph Street in Alexandria, Virginia, taking advantage of that city's downtown-wide wireless internet) doesn't mean I'm not obsessed with college football, and thanks to Blogpoll member Bruce Ciskie, we have a whole new raft of roundtable questions to dig into. Here goes:

1. Which preseason college football magazine is your favorite?

Finally seeing the preseason football mags hit the racks gives me such a rush of euphoria that picking one is kind of like trying to pick my favorite child, but I think I share Orson Swindle's fanatical enthusiasm for Phil Steele's annual treasure trove of information. The every-year knock on Steele is that he can't really write worth a damn and just yacks out a massive compendium of arcane statistics and abbreviations every year, but not being able to write at least means that Steele a) does not overtly betray any serious biases, if in fact he has any, and b) doesn't fall into the kind of every-word-that-comes-off-of-my-pen-is-pure-gold self-indulgence that nearly every sportswriter displays at some point in their careers. (Over at The Sporting News, whose publication I mostly love, Matt Hayes and Tom Dienhart are examples of this.) Sure, some of Steele's statistics flirt with uselessness at times, but maybe I want to know Georgia's record against the spread over the last five years on artificial turf against conference opponents coming off a straight-up loss, so STFU, all right? I'm heading down the street in just a second to see if the Barnes & Noble or whatever down here has it -- the one at Tyson's Corner didn't -- and if they don't, I'm raising some serious hell.

But if I could digress from football for a moment, I did find something at Tyson's Corner that was awesome, and it was at the Lego Store, where -- in addition to the usual assortment of kits and accessories and whatnot -- they had a whole wall of separate bins, each full of a different kind of Lego piece, and for $12.95 (or $6.95 for a small cup) you could grab a plastic cup and fill it up with as many Lego blocks as you could cram in there. Seriously, just stick your hand into the various bins, grab yourself a handful of pieces, and put 'em in the cup. The people who work at the store are encouraged to mess around with bricks and build shit during the slow hours, which means that they might possibly have the best job in the world.

Ahem. But anyway. On to the next question.

2. What team is being supremely overrated in the preseason rankings?

I gotta confess that I just don't get all the preseason hype around Florida State. Sure, they're probably gonna win the ACC for a second straight year, and hooray for them, but the ACC as a whole is turning out to be not nearly the powerhouse they thought they were gonna be when they bogarted the three best teams from the Big East. FSU may have won three out of the last four ACC titles, but that still hasn't kept them from basically getting knocked out of the national-title picture by November each year (at Miami, Clemson, and at N.C. State all look to me like potential first-half-of-season landmines); the Seminoles have lost a ton of talent on defense, and while they almost have to be better on the offensive line this year, they'll still be hamstrung by the playcalling of Jeff Bowden, who is to offense what Toonces the Driving Cat is to cars. Both Sporting News and the aforementioned Phil Steele has the 'Noles at #10, which seems high to me; Athlon has them at #17, which seems a little more realistic. 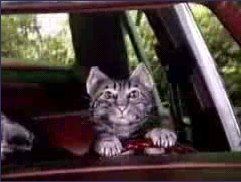 Jeff Bowden takes the wheel of the FSU offense for yet another exciting year.

Also probably overrated: Florida (#5 Athlon, #8 Sporting News, #20 Steele), which most people are assuming will have figured out Urban Meyer's diabolical spread option this year after a rocky 2005. I don't doubt that Chris Leak will be more comfortable with the system this year than last, but that isn't going to matter if the offensive line -- less experienced than last year's -- keeps offering him up as a ritualistic human sacrifice to opposing linebackers.

3. Turn the tables. Who is underrated?

Iowa is an obvious choice -- you could pretty much pencil them in as "most underrated team" every single season and get no argument from me -- but another one that isn't getting much attention these days is Louisville. This is probably because everyone's still gasping about West Virginia's OMG kickass season in 2005, and they were indeed terrific, but Louisville is going to field a ton of talent as well, only they won't have sky-high national expectations weighing down on them. And when Louisville faces WVU on November 2, they'll be getting the Mountaineers at home, with revenge on their minds from last year's controversial triple-OT upset. I don't think the Cardinals will have a perfect season, but they could certainly ruin WVU's, and that might be enough to snag Louisville the Big East championship.

Well, the SEC, of course. But I honestly don't think any other conference has as many legitimate national-title contenders as the SEC does (LSU, Auburn, and Florida if the Gators can get their act together), and directly below that you've got a tier of dark horses (Georgia, Tennessee if they can get their act together, Alabama) who would be potential title contenders in maybe every other conference. Then below that you've got teams like Arkansas and Ole Miss who, yeah, kind of stunk last year but should be greatly improved this season. I just don't think any other conference has the combination of strength at the top and depth almost all the way down that the SEC will field this year.

The Mountain West, easy -- Texas Christian and Utah, both look like potential BCS party crashers, BYU looks like it's on the way back, and Colorado State and New mexico are perennially solid. I don't think anyone in Conference USA looks ready to knock on the BCS's door, and while the WAC's Boise State and Fresno State have as much promise as always, the rest of the conference is pretty much a wasteland.

6. Which non-BCS conference team will have the best season?

Utah strikes me as the obvious choice if they can beat TCU on only five days' rest on October 5. But UTEP also looks like they could have a pretty special season if they can get better on defense.

7. Let's get your first read on this one . . . who will win the Heisman? Oh, by the way, players whose last names begin with the letter "Q" are ineligible.

Ergh, the one thing about college football I don't give a rat's ass about. Let's just say Adrian Peterson and leave it at that, lest I come across as one of those knobs who actually follows the Heisman race. Of course, if Danny Ware, Kregg Lumpkin, or Thomas Brown somehow find their way onto the Heisman shortlist at any point, forget everything I just said. 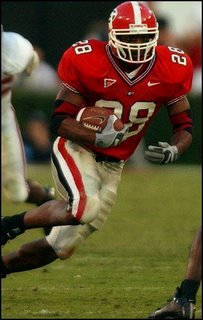 If Lumpkin's on the list, I'm listening; otherwise the Heisman occupies a level somewhere just below World Cup soccer and just above NASCAR in terms of my interest.
Posted by Astronaut Mike Dexter at 12:27 PM

It's really dating us, but the Toonces caption is damnably funny.

That Barnes and Noble in Tyson's Corner -- at least the one in the mall, which is around the corner from my corporate drone home -- is worthless. But then it's catering to expensive second wives and teenagers.

while i totally disagree with you about the toughness of the ACC and the talent drop-off at FSU (has there ever been a real drop-off? don't they always land top recruits?), you nailed the problem square on the nail head! it's jeff, capital J-E-F-F, bowden!!! take a look at my blog, shepherd follower, for a fathers' day tribute to bowden...