The real happiest place on earth: a photo essay.

Pictures from my trip to Legoland. Yup, I finally got to go. And don't even act like you're not jealous. 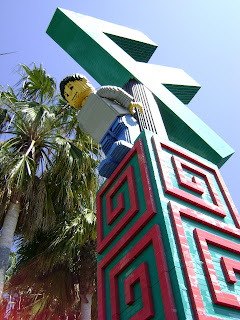 One of the row markers in the parking lot, made entirely out of Legos. 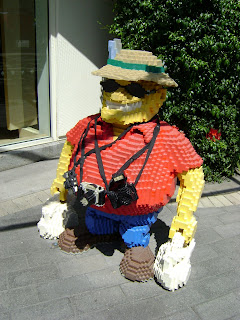 A Lego tourist positioned at the front of the park. 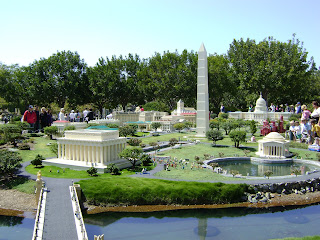 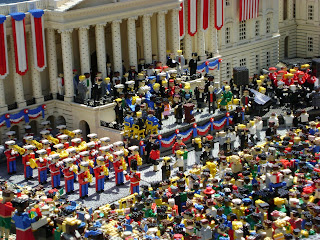 The famed inauguration setup in Washington. 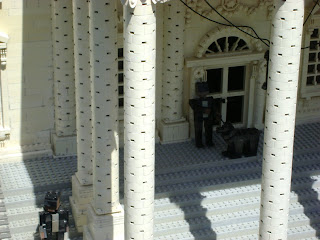 Evidently they update the Miniland setup fairly regularly, because they had this detail of Obama and the First Family's new dog in place within days of the family's much-anticipated selection of a Portuguese water dog for their new pet. 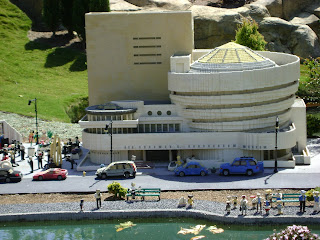 The Guggenheim Museum in New York. 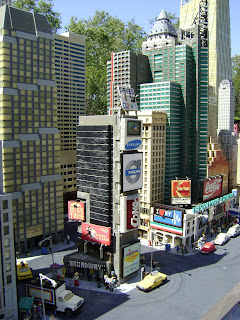 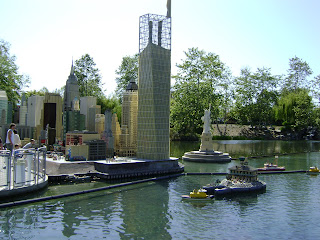 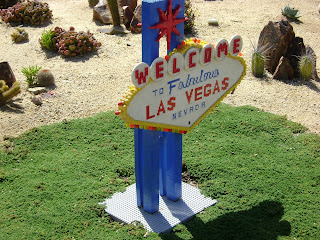 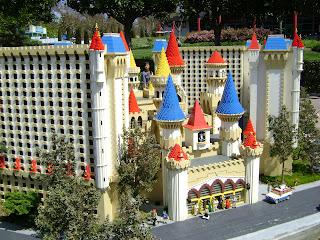 The Excalibur, whose real-life counterpart we stayed at while we were in Vegas. You know you're staying at an awesome hotel when Legoland has decided to build a Lego version of it. 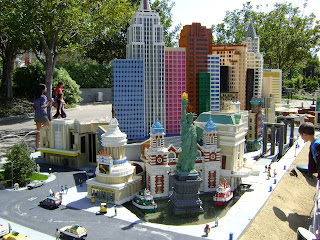 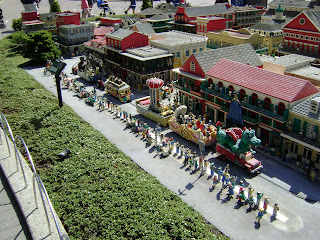 A Mardi Gras parade in New Orleans. And before anybody asks, no, we went over it with a fine-toothed comb and there aren't any little Lego people showing their tits for beads. Which would've been awesome. 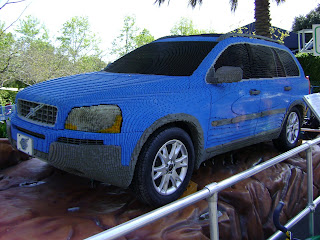 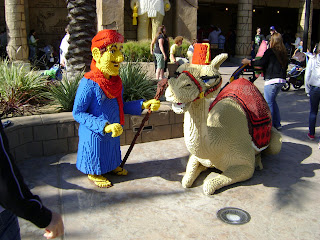 And, finally, a dude with a camel.

I took a buttload of photos in Legoland, so there may be more of these in the next few days.
Posted by Astronaut Mike Dexter at 8:20 AM

That is just damn ridiculous. All of those shots look like they were taken from a helicopter, and I know you couldn't have been more than a few feet away. I want to go to there.

I'll be honest, Doug. I thought your infatuation with Legos was a little lame. After seeing these pics, I'm sold.

That is too awesome.

Best part of Legoland, aside from the actual Legos: The real, actual birds that would occasionally light on the scenes and make it look like giant birds were ravaging San Francisco or whatevs.

i love the guggenheim! amazing.

Also, the Lego guy on the parking lot row marker looks like he's about to jump. Maybe Legoland isn't that happy after all.