Kind of a rough week here in the Salty 'Ham -- nothing life-threatening, just a lot of crap that I could leave everything behind (except the dogs, of course) and go off and start an entirely new life somewhere. Maybe I'd keep my own name; maybe I'd go Witness Protection Program and give myself a brand-new, cooler-sounding identity like Dirk Hardcastle. Then again, I'm kind of a low-key guy, so maybe a name that doesn't call quite as much attention to itself, something like Flint McHugepenis. I don't know, I haven't really thought it all through just yet.

Truthfully, though, there's a lot of stuff I'd like to be able to do, some of which I can still learn as a 30-year-old, others of which I probably can't. But as long as I'm fantasizing about alternate-universe lives I might like to be leading right now, this week's +5 might as well be Five Talents I Wish I Had: 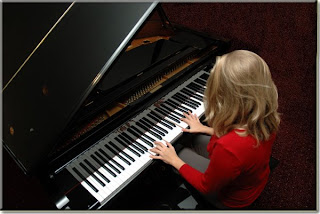 Playing the piano
I would love to be able to hear a song one time, sit down at a piano, and within a few minutes be able to bang out the melody on the keys, whether the song was Beethoven's "Für Elise" or Camper van Beethoven's "Take the Skinheads Bowling." And yeah, I know, there are any number of people out there who would be happy to start giving me piano lessons right now, but I don't want to go through the decades of lessons and drills and having to learn from scratch how to play the piano, I just want to be magically granted the ability to do it.

Speaking Russian
I started taking some very rudimentary Russian lessons a few years back when I thought I was going over to Russia with the Peace Corps, and kind of put it aside when the assignment fell through before I'd even gotten over there. I can write in Cyrillic and sound it out -- which is fun all by itself, because the Russian alphabet, above, is one bad-ass-looking alphabet -- but I'd still like to be able to actually speak the language and carry on a conversation in it, because that's probably the only way my future career as an international super-spy is going to get off the ground. 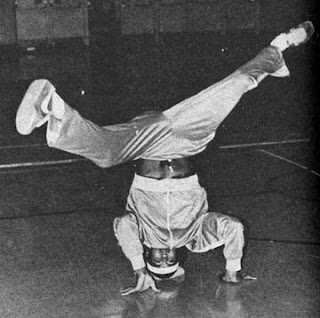 Breakdancing
Some people, my parents included, have suggested they don't want me trying breakdancing because I grew up with scoliosis and I had a metal rod installed in my spine when I was a teenager. But if anything, I think that metal rod would make me even stronger and more able to sustain the strain that breakdancers put on their bodies on a regular basis. In fact, my eventual goal would be to quit my job, lay out my square of cardboard by the Starbucks in Five Points, and rip shit up on a regular enough basis that I could make a living out of it. Birmingham isn't like New York, where there are breakers in every subway station; I'd pretty much have the market cornered here. 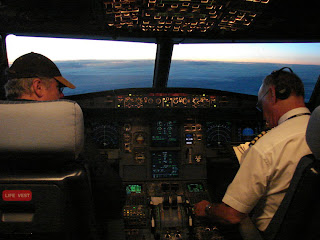 Flying a jet airplane
In addition to scoliosis, I have "mild colorblindness" on my lengthy list of genetic imperfections and deficiencies, so I can never fly for the military or a U.S. airline, but I wouldn't mind knowing how to fly a plane of my own. I mean, once I sell my novel and make an assload of money and buy my own Bombardier Global Express, I'm just gonna hire a pilot anyway, so that I can kick back in the cabin and get liquored up and watch movies and whatnot, but in the event that my hired pilot strokes out in the cockpit or something, I'd like to be able to grab the controls and fly us to safety. Not only would it be lifesaving, it'd be a fun story to tell at my next high-school reunion. 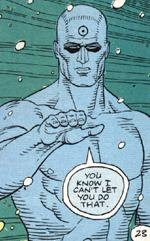 Bending the laws of time and space to my whim
And yes, if I accidentally locked myself inside a particle accelerator and acquired these abilities, I'd go about my business butt-naked too, just like Dr. Manhattan. I mean, what the hell is anyone gonna say to me? I can make you explode just by pointing at you, Mr. Clothes Lover.

Your turn, mortals. Throw your own Random Tens, and/or lists of talents you've always wanted to magically be granted, in the comments.
Posted by Astronaut Mike Dexter at 7:43 AM

I don't care about flying, or being invisible, or having super strength. I just want to be able to make my head spin around 360 degrees when angered.

Yeah ditto the 360 head spin... that could definitely come in handy. Also wish I could play the accordion, could finish writing ANYTHING without over thinking it or re-doing the whole thing like 8 thousand times, could fly (or walk through things... still debating this one), and that I had a better short term memory since I just forgot what 5 was, oh well.

Sure bending the laws of time and space would be handy, but don't overlook gravity and light. My ability to turn invisible and fly has been invaluable to me over the years.