Today, April 10, marks a big milestone not to me but to someone who is at least 50-percent responsible for me being on this planet in the first place: my mother. Moms hits the big six-oh today, and since she's had to spend half of those 60 years dealing in some fashion with my trifling ass, I figured it was only fitting that I give her a shout-out on the blog. She's a pretty cool cat, and my sister and I both feel extremely fortunate that we were blessed with someone as loving and good-natured as she is for a mom; my friends all love her, too, and I even have ex-girlfriends asking how she's doing from time to time. Moms can be pretty entertaining, most of the time on purpose, and I thought I'd embarrass the hell out of her tip my cap to her by making this week's +5 Five Random Memories Of My Mom From The Last Thirty Years. Just so you know, you're going to be jealous by the end of this post; I don't think my mom and dad are accepting adoptions, but they do have a couple extra bedrooms with me and my sister out of the house, so I guess you could always ask. 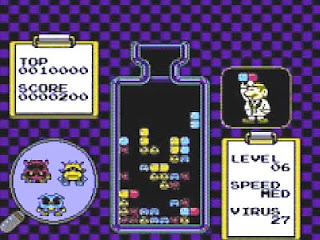 Columbus, Georgia, probably 1993 or so: My mom never got quite as into Nintendo as she did the Atari games we'd first gotten when I was real little, but she did love her some Dr. Mario. Sometimes I'd be trundling off to bed close to midnight and she'd be sitting in the rocking chair in the family room, plugging away like those folks who sit with glazed expressions in front of the slots in Vegas for hours at a time. Anyway, she got pretty good at it, but not good enough to beat me on a consistent basis -- I probably took her down four out of every five times we went head-to-head -- and one time after I'd completed a particularly humiliating string of defeats, she called me a little son of a bitch right to my face. I gave her a few moments to consider the ramifications of what she'd said, and she did, but she flatly refused to back down from her initial assessment. Tell me that's not hard-core. 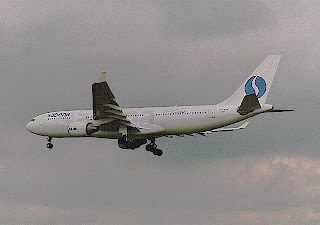 Belgium/international airspace, 1999: My sister and I hit the respective milestones of graduating from high school and graduating from college within about a month of each other, and my parents, seeing the writing on the wall that we might not get to have but so many more big family vacations together, decided that momentous summer to take us all on a month-long trip across Europe. As our Sabena flight was landing in Brussels, my mom happened to be flipping through the in-flight magazine, and all of a sudden I heard her exclaim, "Oh my God! Did you know alcoholic beverages were free on this airline? We could've been getting smashed the entire flight!" We vowed to make amends on the return leg, and between the four of us we probably cleared out the plane's supply of Stella Artois. By the time we got back I could barely heave my suitcase off the baggage carousel (and this was all with my mom's blessing, of course). Barely more than two years later, the airline filed for bankruptcy protection. I'd like to think the two events have no connection, but I'm not positive. 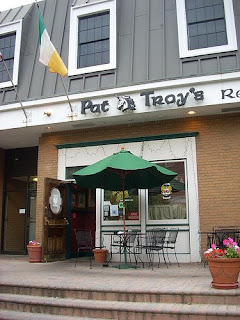 Alexandria, Virginia, 2006: This is another drinking story. While we were in Alexandria for my cousin Kate's wedding in 2003, we ate at this great Irish pub down the street from our hotel called Pat Troy's, so when we went back up there for her brother Philip's wedding three years later, I insisted that we go back. The first time we went there, we'd managed to behave ourselves, but for some reason -- maybe it was the authentic Irish folk band playing that night, or the round of car bombs I ordered the minute we sat down to celebrate my sister getting called back for a job interview by UAB -- the six of us, my whole family and my aunt and uncle, got tuh-rashed. I'm talking speech-slurring, stumbling-down-Pitt-Street trashed. I think that was the first time I've ever seen my parents genuinely wasted, and it was pretty awesome. (Now would probably be a good time to point out that neither of my parents are alcoholics. Just wanted to have that one on the record.)

UPDATE -- Mom's version of the story, Rashomon-style: "I think your memory might have been a little clouded by a few too many car bombs. Your dad and I were happy; Aunt _______ was a little more happy; you and Uncle ______ were the ones who were stumbling, falling-down tuh-rashed." Whatever, mom. You remember it your way, and I'll remember it mine. 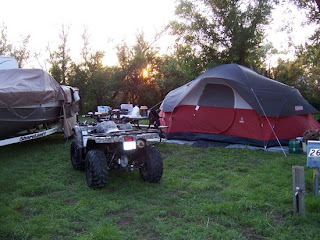 Custer State Park, South Dakota, 1992: That summer, my mom, her sister, me, my sister, and our cousin John all went on a month-long camping trip that took us all the way out to Wyoming and back, stopping at numerous national parks and KOA Campgrounds along the way. Things went all right for the first week or so, but by the time we got out to South Dakota, with the five of us and all our crap crammed into a Ford Aerostar the entire way, we were starting to get a little punchy. We decided to bed down fairly early when we got to Custer State Park in South Dakota's Black Hills area, but not everyone in our campground had the same idea; this one family just a couple campsites away from ours stayed up into the wee hours, messing with their dogs and playing guitar and commenting on what a fantastic fire they'd built. Seriously, they commented on it like every five minutes: "Boy, that's a purty fire. Ain't that a purty fire? Skyler, throw another log on that fire. Boy, that's a purrrrty fire." Lather, rinse, repeat. Anyway, my mom tired of this in a hurry, and finally she couldn't take it anymore. The kids and the adults were sleeping in separate tents, so I didn't actually see this happen, but the tone of my normally mild-mannered mother's voice screaming "Will you clowns PLEASE quiet down!!!!" into the cold prairie night was enough to convince me that her eyeballs were on fire and her neck veins were bulging out like an Olympic weightlifter's. Sure enough, the guitars went silent, and nobody said shit about how purty the fire was after that. The next morning, we busted tracks for Billings, Montana, and never looked back. I've never taken down a tent faster than I did that morning; I just wanted to get the hell out of there before the rednecks set out to exact their revenge. 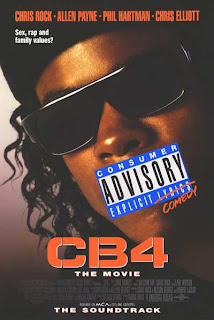 Columbus, Georgia, 1993: Back in 1993, I really wanted to see the movie "CB4." I don't know why; I loved comedy and I loved hip-hop, and the movie appeared to have plenty of both, so maybe that was it. Anyway, it was rated R, so I couldn't go see it by myself, but somehow I managed to inveigh upon my mom to take me and my sister to see it. I don't know how I pulled this off -- I probably told her "It'll be funny, it's got a bunch of people from 'Saturday Night Live' in it" or something -- and I definitely don't know why I thought it would be a good idea to watch this film in the presence of my mother. But I convinced her to take us, we went for an afternoon matinee, and thus began ninety of the more excruciating minutes I have ever experienced. It only took a few minutes of F-bombs, gross-out gags, and songs with titles like "Sweat From My Balls" before I could feel Mom start to develop her own gravitational pull in the seat next to me, her jaw was so tightly clenched. When it was all over, we wandered out of the theatre and climbed back into our Taurus wagon to go home, and only three lines of dialogue were spoken the entire way: "Did you think that was funny?" "Yeah, I thought it was pretty good." "I did not think that was a very funny movie." And those were the only words spoken for the entire 15 minutes. It took a long time after that for me to convince myself I hadn't been written out of the will. And the thing was, it wasn't even that funny. "Fear of a Black Hat"? Way better (though it probably helped that I didn't watch that one with my mom).

Happy birthday, mom. Thanks for being cooler than you had to be, and for not putting me on a boxcar or signing me up for the merchant marine when I was a teenager. I know you considered it.

I'm headed down to Columbus this afternoon to help celebrate the big day (and to have a fire extinguisher on standby when we bust out the birthday cake) -- while I'm gone, throw your own Random Tens and memories of your moms in the comments.
Posted by Astronaut Mike Dexter at 8:05 AM

I will second the salute to our mother, who has refrained from killing me with her bare hands for the past 28 years - and she's certainly had her chances.

I think we would be remiss in not mentioning the two massive, barking dogs that were part of that redneck camping bunch. Thus, "Maggie! Major! Get your ass back here. Well, that's just a purrrrty fire. Tho another log on that fire."

I will third the salute to your mother. She is a fine friend and sister-in-law and has shown great refrained from killing her own offspring.

Happy Birthday and Many More!!!

We'll raise a glass to you tonight!

My wife, who ACG knows, is always extolling your parents. I, however, can't speak from any knowledge of any of it.

I can say, though, that Pat Troy's is a fine place to get bombed. This is especially true when the Pat himself gets up to sing the Unicorn song.

Your Mom? Is truly awesome. (My Moms loved Q*Bert and Tetris, and I wished to have thought to turn her on to Dr. Mario).

What is it about Dr. Mario?? My mom was never into Tetris or Duck Hunt or any of the other 8-bit classics, but pop in Dr. Mario and she turned into this (very pretty) raging hellfiend.

When I first started reading this I was like "Oh shit! Did I miss mother's day again?!"

Happy Birthday wishes go out to your mom! My mom hit the big six-0 last year... the only video games she was ever big on were Ms. Pac-man, and pong (which I desperately wished we still had; F**K YOU Katrina!) I do believe when I become rich and famous that my first purchase will be the table arcade version of Ms. Pac-man. I'm also pretty obsessed with pac-man. If there were a Wii version I'd never leave my house. (Someone should jump on that idea)